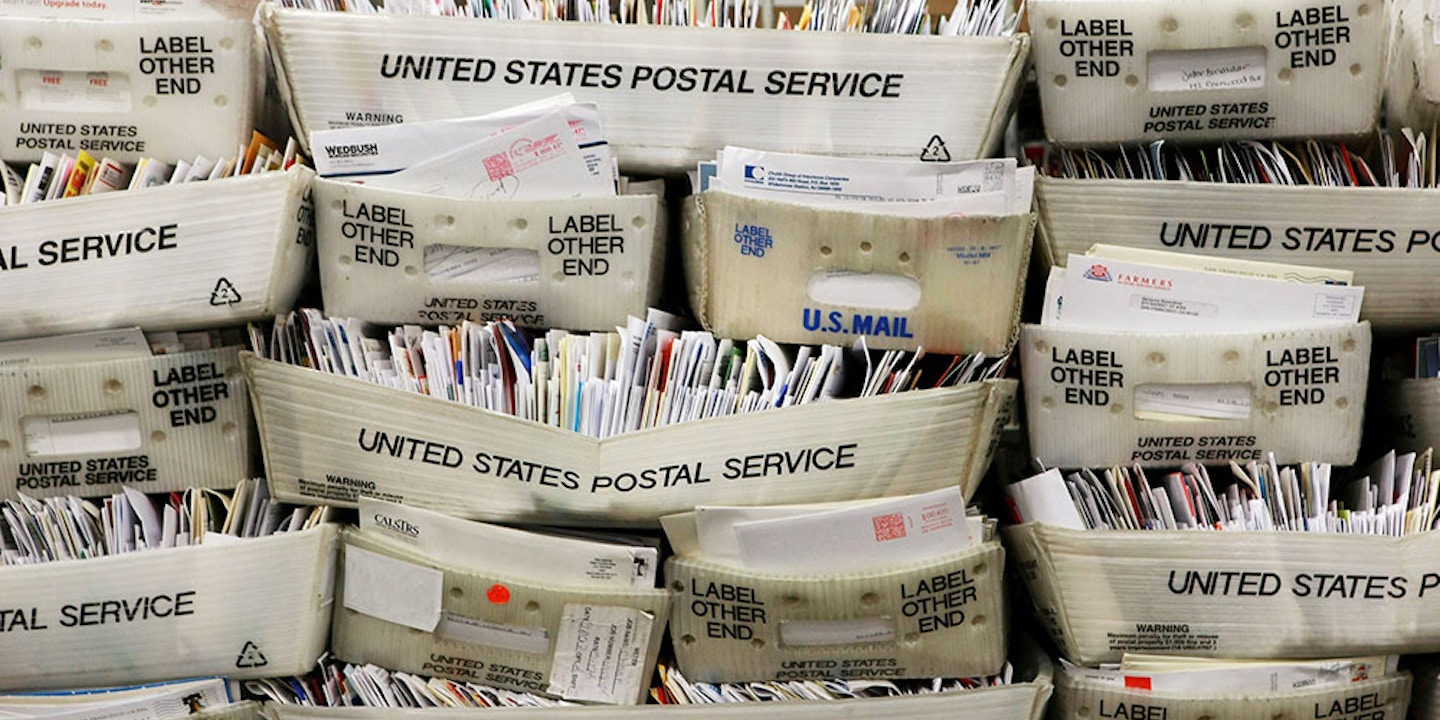 Old-fashioned mail, the kind sent through the U.S. Post Office, has fallen out of fashion; U.S. first-class mail volume fell 36 percent from its 2001 peak to the end of last year, and total mail volume has been falling in tandem. But the surveillance state’s interest in snail mail has shot up massively.

A report published yesterday by The New York Times showed an unexplained sixfold increase in the number of approved government requests to spy on the snail mail correspondence of American citizens in recent years.

Roughly 50,000 requests to spy on Postal Service metadata — the names, return addresses, and postmark locations on the outside of envelopes sent to a particular location or individual — were granted by the United States Postal Service in 2013 alone, The New York Times points out today. That’s up from an average of just 8,000 requests per year between 2001 and 2012. This increase happened with essentially no explanation as to why it was necessary, or with any added mechanisms to protect such a program from abuse:

The audit was posted in May without public announcement on the website of the Postal Service inspector general and got almost no attention.”

In other words, the government has very quietly and very suddenly become extremely interested in reading a lot of people’s mail. This isn’t entirely new information; contrary to the Times‘ claim that the Postal Service inspector general’s report got “almost no attention,” the spike in mail surveillance requests was actually first noted by Politico back in June. An Office of the Inspector General audit cited in the report found lax implementation of important privacy safeguards in the program. The report also revealed that the surveillance requests being acted upon were not even properly approved in 20 percent of cases, and in 13 percent of cases were either unjustified or improperly documented.

The Times story carries the narrative forward a bit, pointing to instances of abuse, like an Arizona case in which critics of the state’s draconian immigration policies had their mail monitored by local authorities. The paper also points out that “secrecy concerning the surveillance makes it hard to track abuses in the program because most people are not aware they are being monitored.” In other words, this is yet another government surveillance program in which the targets can’t meaningfully appeal because they don’t know they’ve been targeted in the first place.

For Americans trying to be to be absolutely certain they’re communicating privately, there are always carrier pigeons.