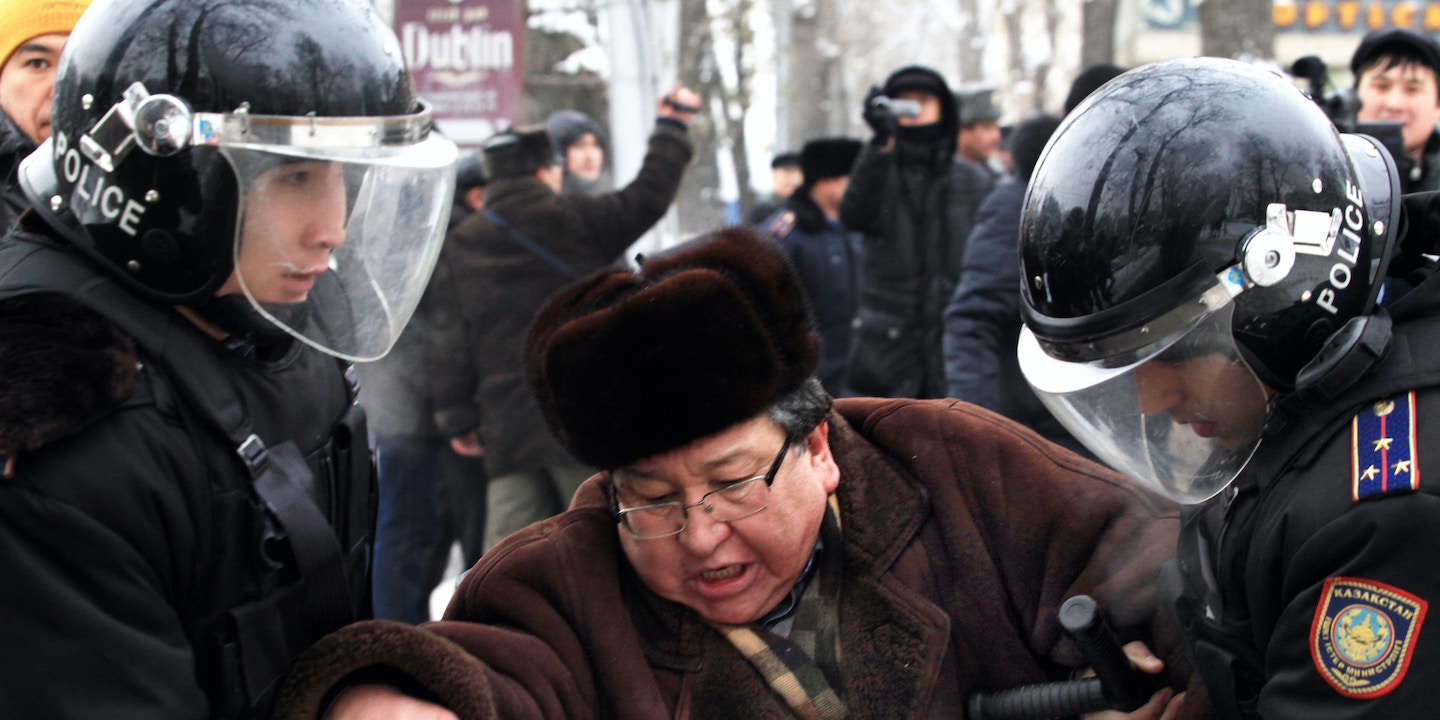 U.S. and Israeli companies have been selling surveillance systems to Central Asian countries with records of political repression and human rights abuse, according to a new report by Privacy International. The U.K.-based watchdog charges that the American firms Verint and Netronome enable surveillance in Kazakhstan and Uzbekistan.

Verint’s Israeli arm provides those countries with monitoring centers “capable of mass interception of telephone, mobile, and IP networks,” the report says, as does the Israeli company NICE systems. Verint also enlisted California-based Netronome to give Uzbek agents the ability to intercept encrypted communications, Privacy International says, though it’s not clear whether the program was carried out successfully.

The report provides a broad picture of surveillance in a region that is marked by repression. Kazakhstan has been condemned for laws restricting free speech and assembly, flawed trials, and torture. As for Uzbekistan, Human Rights Watch bluntly characterizes the country’s human rights record as “atrocious.” Privacy International includes testimony from lawyers, journalists, and bloggers in Uzbekistan who had transcripts of private Skype calls used against them in trial, or had interactions with intelligence officers that made it clear the authorities had access to their private communications.

Privacy International relies on contract documents and confidential sources to finger the companies involved. Verint’s website claims that its monitoring centers are used in 75 countries (journalist James Bamford has reported that Verint tapped lines at Verizon for the NSA.) In a written statement, Netronome said it had “no information” on the Privacy International report, but that the company complies with the laws in the countries in which it operates and that “Netronome does not condone any violation of human rights or personal privacy.” Verint did not respond to a request for comment. NICE told the Washington Post that it would not “comment on its relationships with actual or possible customers.” Privacy International also singled out the German firm Trovicor for dealings with Kyrgyzstan and Tajikistan, and noted that Russian companies likely also have a foothold in the region.

As The Intercept has reported, the sophistication of computer-monitoring software has increased just as its cost has decreased; commercial products made by companies like Hacking Team or FinFisher give smaller and mid-size police and intelligence services spying capabilities they would likely never develop themselves.  There is evidence that Hacking Team is used in Uzbekistan, and FinFisher in Turkmenistan. Privacy International says that documents it reviewed show Trovicor marketing FinFisher products in Tajikistan.

Despite the spread of these products, there are only limited proscriptions on their sale, multiplying the threats faced by journalists, activists, and opposition political figures around the world.

There is, however, an app for that. To counter the spread of government surveillance, a coalition of privacy and human rights groups today released Detekt, a tool that will scan your computer for known spyware. It comes with the caution, however, that Detekt won’t pick up absolutely everything—and malware makers will probably quickly update their systems to attempt to evade it. (First Look’s director of security, Morgan Marquis-Boire, was involved with the research and development behind Detekt.)