Cuba Won’t Let FBI or Christie Have Assata Shakur Back 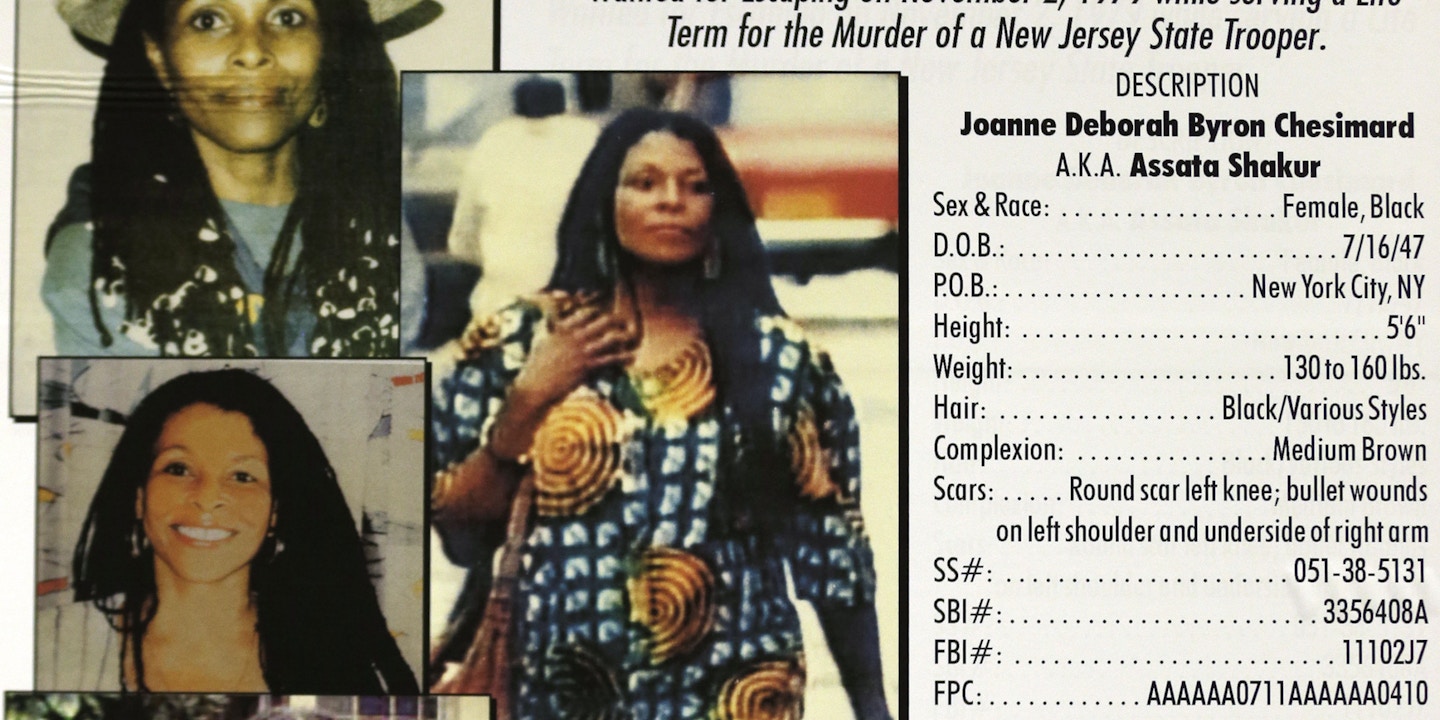 Cuba delivered a blow late Monday to federal and state authorities who had hoped Assata Shakur, the famously exiled Black Liberation Army member, would be extradited back to the United States, vowing that the fugitive has “legitimately” earned political asylum.

Josefina Vidal, Cuba’s foreign ministry head of North American affairs, told the Associated Press that the communist nation would not return Shakur despite public requests to do so from New Jersey Governor Chris Christie and acting state Attorney General John Hoffman. Both Christie’s and Hoffman’s requests came after diplomatic relations between the countries opened last week for the first time in 54 years.

“We’ve explained to the U.S. government in the past that there are some people living in Cuba to whom Cuba has legitimately granted political asylum,” Vidal said. “There’s no extradition treaty in effect between Cuba and the U.S.”

Born Joanne Chesimard, the now 67-year-old Shakur has spent more than three decades away from America to become one of the more intriguing exile figures in the world. A member of the Black Liberation Army, Shakur, along with other members of the group, was involved in a shootout with officers on the New Jersey Turnpike in 1973.

The gunfight led to the death of state trooper Werner Foerster and to the death of one BLA member. In 1977, a jury convicted Shakur of first degree murder for being an accomplice in Foerster’s killing, among other charges, and she was sentenced to a minimum of 26 years in prison. That despite the fact that Foerster’s partner James Harper admitted under cross examination at trial that he lied in his original report stating Shakur opened fire on the slain officer. Medical evidence further indicated Shakur had her arms raised, supporting her story that she was trying to escape rather than shoot.

Shakur escaped in 1979 with the help of BLA members. After five years as a fugitive in the U.S., Shakur fled to Cuba in 1984 and received political asylum.

Christie, who sent a letter over the weekend to President Obama demanding Shakur’s return, was visibly apoplectic when asked about his thoughts of Vidal’s comments.

“So Joanne Chesimard, a cold-blooded cop-killer, convicted by a jury of her peers, in what is without question the fairest and most just criminal justice system in the world — certainly much more just than anything that’s happened in Cuba under the Castro brothers. She is now, according to an official of the Cuban government, persecuted,” Christie said to NJTV. “These thugs in Cuba have given her political asylum for 30 years. It’s unacceptable.”

The FBI rather strangely placed Shakur at the top of its terrorist list last year, the 40th anniversary of Foerster’s killing, putting her in a position once held by such notorious criminals as Osama bin Laden and “Whitey” Bulger.” It was the first time a woman was ever placed on the list.

After President Obama last week announced the restoration of full diplomatic relations with Cuba, New Jersey officials stepped up their campaign to apprehend Shakur. “We will be working closely with federal authorities as we explore ways to apprehend her and return her to her rightful place in a New Jersey prison,” said state Hoffman, according to the New Jersey Star Ledger. New Jersey State Police Superintendent Col. Rick Fuentes echoed those sentiments. “We stand by the reward money and hope that the total of $2 million will prompt fresh information in the light of the altered relationship,” he said.

Christie, Hoffman, and Fuentes, however, have been denied their vociferous demands for Shakur to be brought back to their state. And although their mindsets on this issue will continue to be relentless, they will have to swallow the bitter pill that Shakur’s fate is not in their hands. Given that neither state nor federal authorities have shown any desire to give Shakur the second trial she deserves, that’s great news.