Torture If You Must, But Do Not Under Any Circumstances Call the New York Times

Monday’s guilty verdict in the trial of former CIA officer Jeffrey Sterling on espionage charges — for talking to a newspaper reporter — is the latest milepost on the dark and dismal path Barack Obama has traveled since his inaugural promises to usher in a “new era of openness.” 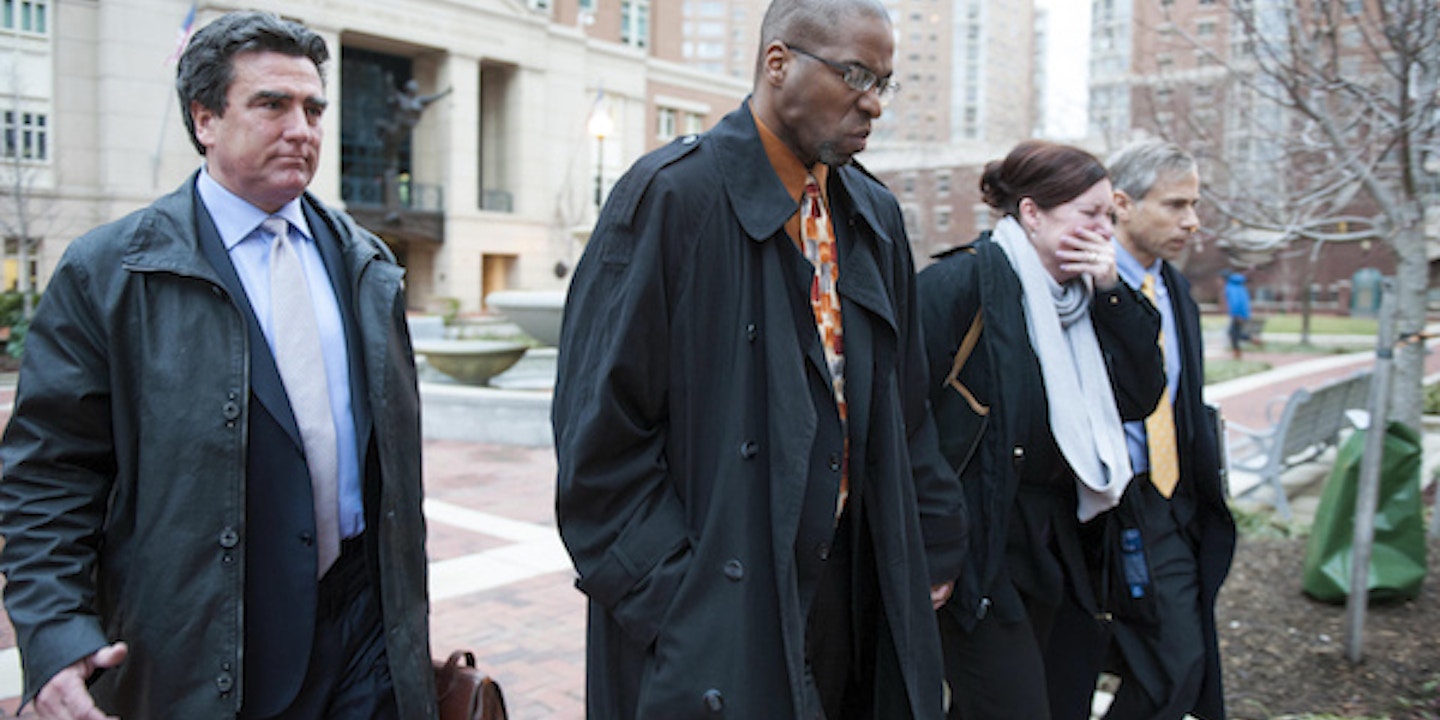 Monday’s guilty verdict in the trial of former CIA officer Jeffrey Sterling on espionage charges — for talking to a newspaper reporter — is the latest milepost on the dark and dismal path Barack Obama has traveled since his inaugural promises to usher in a “new era of openness.”

Far from rejecting the authoritarian bent of his presidential predecessor, Obama has simply adjusted it, adding his own personal touches, most notably an enthusiasm for criminally prosecuting the kinds of leaks that are essential to a free press.

The Sterling case – especially in light of Obama’s complicity in the cover-up of torture during the Bush administration – sends a clear message to people in government service: You won’t get in trouble as long as you do what you’re told (even torture people). But if you talk to a reporter and tell him something we want kept secret, we will spare no effort to destroy you.

There’s really no sign any more of the former community organizer who joyously declared on his first full day in office that “there’s been too much secrecy in this city… Starting today, every agency and department should know that this administration stands on the side not of those who seek to withhold information but those who seek to make it known.”

Instead, as author Scott Horton explained to me a few weeks ago, Obama’s thinking on these issues was swayed by John Brennan, the former senior adviser he eventually named CIA director. And for Brennan and his ilk, secrecy is a core value — partly for legitimate national security reasons and partly as an impregnable shield against embarrassment and accountability.

The Sterling case was until recently an even more direct attack on a free press, as Obama administration prosecutors repeatedly demanded testimony from New York Times reporter James Risen, who wrote about the botched plot against the Iranian government that they charged Sterling with divulging.

Risen’s testimony was crucial to their case, they said – although evidently it wasn’t. And their argument was that U.S. law recognizes no such thing as reporter’s privilege when a journalist received what the government considers an illegal leak.

Attorney General Eric Holder finally retreated from that particular attack on press freedom earlier this month, as my colleague Lynn Oberlander explained. Holder also announced revisions of DOJ policy on questioning journalists or obtaining information from media organizations about their sources. But as Oberlander put it, “the policy still leaves a fair amount of leeway for national security investigations — some of the most important reporting often based on confidential sources.”

Meanwhile, former CIA officer John Kiriakou is in prison, serving the last days of his over two-year sentence not for torturing anyone, but for revealing information on torture to a reporter.

And Thomas Drake, a former NSA official who provided classified information about mismanagement at his agency to a Baltimore Sun reporter, endured a four-year persecution by the government that the federal judge in his case called “unconscionable,” before prosecutors dropped all 10 felony charges and settled for a single guilty plea on a misdemeanor. The government’s message nevertheless was loud and clear. As secrecy expert Steven Aftergood told me: “In every significant sense, the government won, because it demonstrated the price of nonconformity.”

All of this has been happening during a two-decade-long shift in the cultural norms of the U.S. government, whereby reporters are now routinely blocked from communicating with staff unless they are tracked and/or monitored by public relations controllers.

And government officials are being told very clearly that their personal right to free speech does not extend to their work life, nowhere more clearly than in the intelligence community, where a new directive forbids employees from discussing “intelligence-related information” with a reporter unless they have specific authorization to do so, even if it’s unclassified.

Not surprisingly, the Obama administration has fared poorly on transparency scorecards and has failed to follow the requirements of the Freedom of Information Act.

By contrast, neither Obama nor Holder ever seriously contemplated any kind of prosecution or accountability for the application of torture – a heinous assault on human rights – that was rampant during the Bush era. Holder repeatedly and effusively ruled out any possible prosecution of those who followed orders they were told were legal. And Obama made it clear that he would not second-guess the people who gave the orders – a prima facie case of what my colleague Glenn Greenwald calls elite immunity.

Looking ahead to 2016, the prospects are grim. None of the major candidates for president have said anything half as powerful about openness, transparency and accountability as Obama did. And look where that got us.