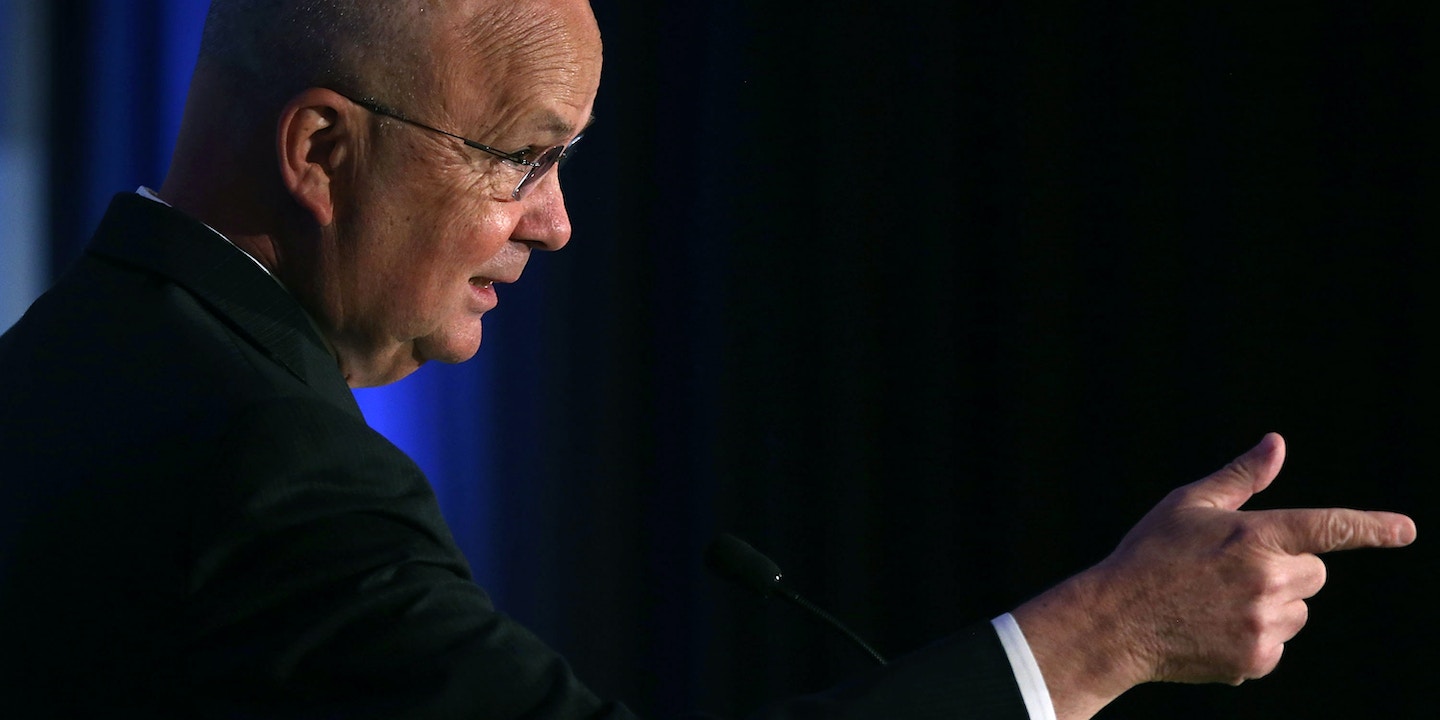 For a second year in a row, the Conservative Action Political Conference hosted a debate on the National Security Agency’s surveillance programs.

This morning, in a stinging rebuke similar to audience jeering of former Gov. Jim Gilmore’s seething criticism of Ed Snowden at last year’s CPAC, former NSA director Michael Hayden received an earful when he awkwardly declared that he is a libertarian.

Referring to his co-panelist Fox News’s Andrew Napolitano as an “an unrelenting libertarian,” Hayden continued, “So am I.”

As Mediaite pointed out, Hayden was quickly mocked by the audience with sustained booing and at least two people yelling, “no, you’re not!”

One person’s laughter was so loud that it is audible on C-SPAN’s video of the event.

Though Hayden went on to cast his defense of domestic spying as his duty in the pursuit of liberty and homeland security, he also has a direct stake in the debate over surveillance — and it doesn’t make him any more disposed to the libertarian side of that debate.

Hayden is a principal with the Chertoff Group, a consulting firm for the multi-billion dollar cybersecurity and intelligence industry. He is also on the board of Alion Science and Technology, a military contractor that does intelligence and techical work. For that part-time gig he has been paid approximately $336,500 over the last four years, according to reports filed with the Securities and Exchange Commission.