U.S.-backed forces are committing the same war crimes as their Islamic State enemies, including beheadings, torture, and the wanton killing of prisoners. 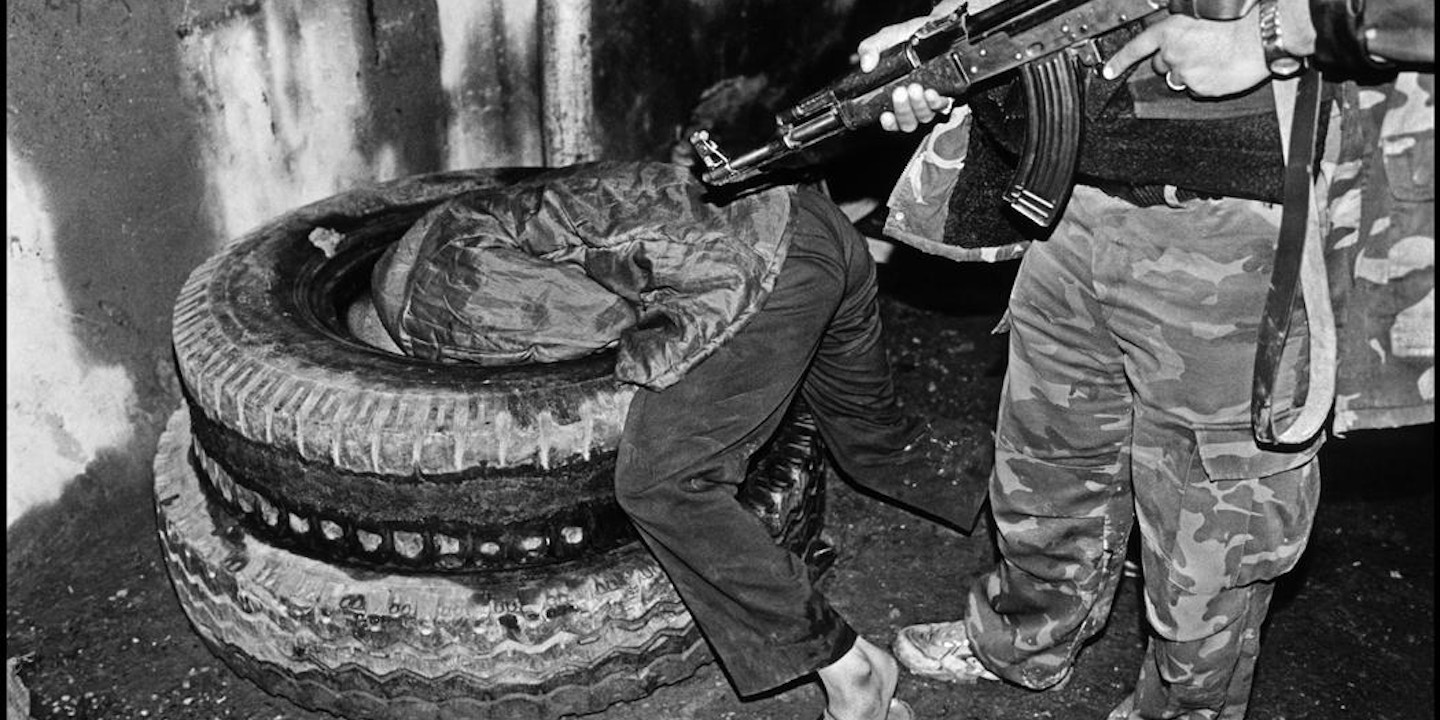 Investigative reporter James Gordon Meek broke an important story this week: He revealed that U.S.-backed forces in Iraq are committing the same type of horrific war crimes — wanton killings of prisoners, beheadings, torture — as the Islamic State fighters on the other side of the front line.

Meek’s report, broadcast by ABC News and based on photos and cell phone videos that Iraqi fighters had proudly shared on social media, shows the Humvees and M4A1 assault rifles that the U.S. government has supplied in abundance to Iraq’s armed forces. In its effort to push the Islamic State out of Iraq, the U.S. is providing Baghdad with nearly $1 billion a year in weapons, in addition to training by several thousand American advisers.

U.S. and Iraqi officials professed surprise at what is happening, and told ABC that investigations would be launched to get to the bottom of it. If this sounds familiar in a “Casablanca” way — gambling in the casino, stop the presses — it should. Back in 2005, when Facebook was a curiousity used by just a few thousand students and Instagram was years away from being invented, the sorts of abuses that Meek recently found on social media sites were well underway.

Back then, I visited Samarra, a contested town in the heart of what was known as the Sunni Triangle, and wrote about the abuses I saw while accompanying Iraqi and U.S. forces on joint raids. I saw beatings, witnessed a mock execution, and heard, inside an Iraqi detention center, the terrible screams of a man being tortured. I received the same sorts of reactions that greeted Meek’s story: U.S. and Iraqi officials expressed surprise and promised to punish any wrongdoers.

That’s because torture, rather than being an aberration, was embedded in a strategy that was described, at the time, as the Salvadorization of Iraq—the use of dirty-war tactics to defeat an insurgency. It is more than a footnote of history that the origins of this policy appear to date to 2004, when the effort to train and equip Iraqi forces got underway in earnest under the leadership of Gen. David Petraeus, who went on to command all U.S. forces in Iraq, then in Afghanistan, then became director of the CIA, then resigned and pleaded guilty to disclosing a trove of highly-classified information to his lover and biographer, Paula Broadwell, and lying to the FBI about it.

I was hardly the first to witness the abuses and hypocrisy that were the hammer and anvil of the American program to build up Iraqi forces. In 2004, Oregon National Guard troops in Baghdad observed officers inside a Ministry of Interior compound beating and torturing prisoners; they entered the compound and found dozens of abused detainees, including one who had just been shot. The Oregon soldiers reported what they had found and received an incredible order from their commanders — leave the compound now.

In 2010, the deluge of military and diplomatic files that were released by WikiLeaks included a document that explained why the Oregon soldiers had been told to forget about what they had seen — FRAGO 242, as the order was called, required U.S. troops to not investigate any abuses committed by Iraqi forces unless U.S. troops were involved. In other words, so long as Iraqis were doing the torturing rather than Americans, it was none of our business. Move along, nothing to see here.

Then, as now, the reason these abuses were tolerated was a battlefield version of expediency — this is the way insurgencies are confronted, they all tend to be dirty, there’s nothing we can do about it because angels don’t win wars. The problem with this thinking is not just moral — we shouldn’t support forces that we fully know are committing war crimes — it is also practical. What has turning a blind eye gotten us since the effort to equip Iraqi forces got underway in the aftermath of the toppling of the statue of Saddam Hussein in Firdos Square in 2003?

Expediency is not our friend. It is our enemy.