Sigmar Gabriel claims U.S. officials said they would withhold reports of terror plots against Germans if Berlin offered asylum to the NSA whistleblower. 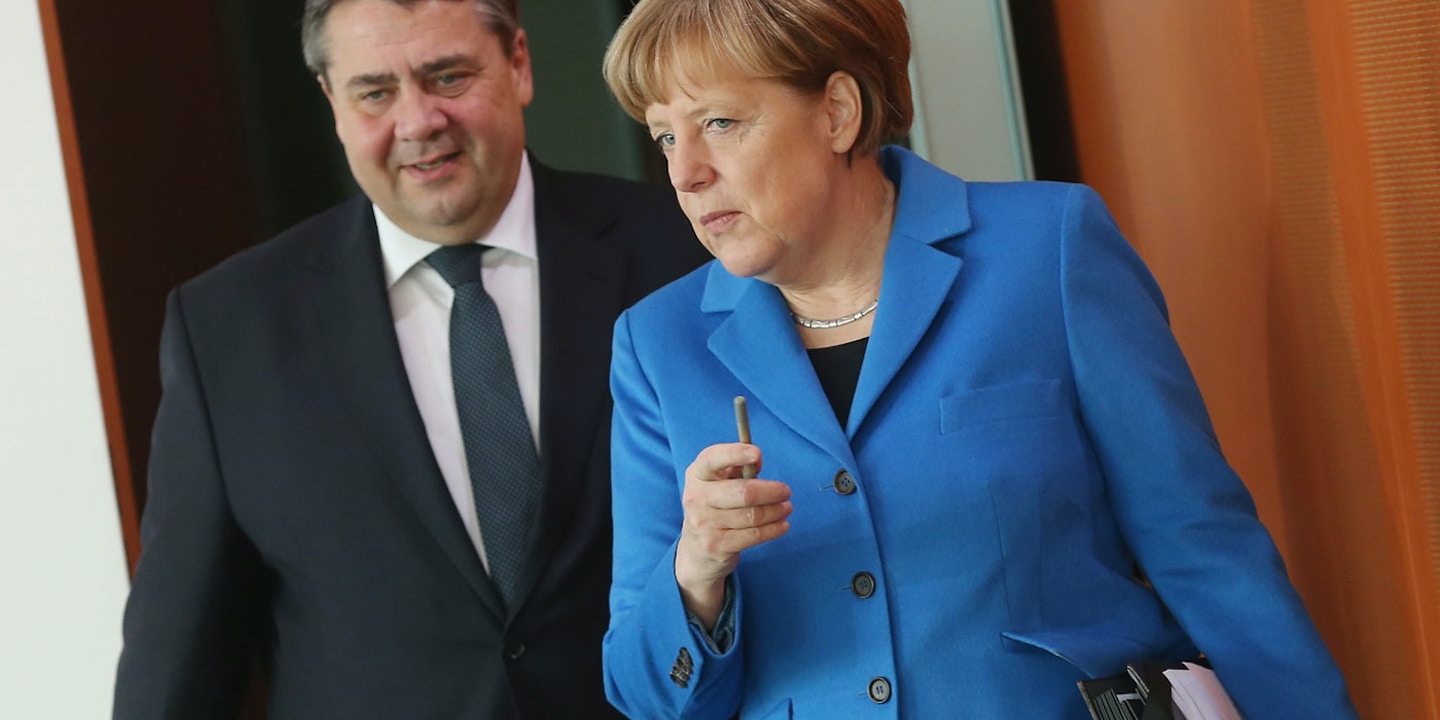 German Vice Chancellor Sigmar Gabriel (above) said this week in Homburg that the U.S. government threatened to cease sharing intelligence with Germany if Berlin offered asylum to NSA whistleblower Edward Snowden or otherwise arranged for him to travel to that country. “They told us they would stop notifying us of plots and other intelligence matters,” Gabriel said.

The vice chancellor delivered a speech in which he praised the journalists who worked on the Snowden archive, and then lamented the fact that Snowden was forced to seek refuge in “Vladimir Putin’s autocratic Russia” because no other nation was willing and able to protect him from threats of imprisonment by the U.S. government (I was present at the event to receive an award). That prompted an audience member to interrupt his speech and yell out: “Why don’t you bring him to Germany, then?”

There has been a sustained debate in Germany over whether to grant asylum to Snowden, and a major controversy arose last year when a Parliamentary Committee investigating NSA spying divided as to whether to bring Snowden to testify in person, and then narrowly refused at the behest of the Merkel government. In response to the audience interruption, Gabriel claimed that Germany would be legally obligated to extradite Snowden to the U.S. if he were on German soil.

Afterward, however, when I pressed the vice chancellor (who is also head of the Social Democratic Party, as well as the country’s economy and energy minister) as to why the German government could not and would not offer Snowden asylum — which, under international law, negates the asylee’s status as a fugitive — he told me that the U.S. government had aggressively threatened the Germans that if they did so, they would be “cut off” from all intelligence sharing. That would mean, if the threat were carried out, that the Americans would literally allow the German population to remain vulnerable to a brewing attack discovered by the Americans by withholding that information from their government.

This is not the first time the U.S. has purportedly threatened an allied government to withhold evidence of possible terror plots as punishment. In 2009, a British national, Binyam Mohamed, sued the U.K. government for complicity in his torture at Bagram and Guantánamo. The High Court ordered the U.K. government to provide Mohamed’s lawyers with notes and other documents reflecting what the CIA told British intelligence agents about Mohamed’s abuse.

In response, the U.K. government insisted that the High Court must reverse that ruling because the safety of British subjects would be endangered if the ruling stood. Their reasoning: the U.S. government had threatened the British that they would stop sharing intelligence, including evidence of terror plots, if they disclosed what the Americans had told them in confidence about Mohamed’s treatment — even if the disclosure were ordered by the High Court as part of a lawsuit brought by a torture victim. British government lawyers even produced a letter from an unnamed Obama official laying out that threat.

In the Mohamed case, it is quite plausible that the purported “threat” was actually the byproduct of collaboration between the U.S. and U.K. governments, as it gave the British a weapon to try to scare the court into vacating its ruling: you’re putting the lives of British subjects in danger by angering the Americans. In other words, it is quite conceivable that the British asked the Americans for a letter setting forth such a threat to enable them to bully the British court into reversing its disclosure order.

In the case of Germany, no government official has previously claimed that they were threatened by the U.S. as an excuse for turning their backs on Snowden, whose disclosures helped Germans as much as any population outside of the U.S. Pointing to such threats could help a German political official such as the vice chancellor justify what is otherwise an indefensible refusal to protect the NSA whistleblower from persecution at home, though it seems far more plausible — given far more extremist U.S. behavior in the Snowden case — that Gabriel’s claims are accurate.

Nonetheless, one of two things is true: 1) the U.S. actually threatened Germany that it would refrain from notifying them of terrorist plots against German citizens and thus deliberately leave them vulnerable to violent attacks, or 2) some combination of high officials from the U.S. and/or German governments are invoking such fictitious threats in order to manipulate and scare the German public into believing that asylum for Snowden will endanger their lives. Both are obviously noteworthy, though it’s hard to say which is worse.