The Factual Errors in John Bolton’s “Bomb Iran!” Op-Ed in the New York Times — and Why You Should Care 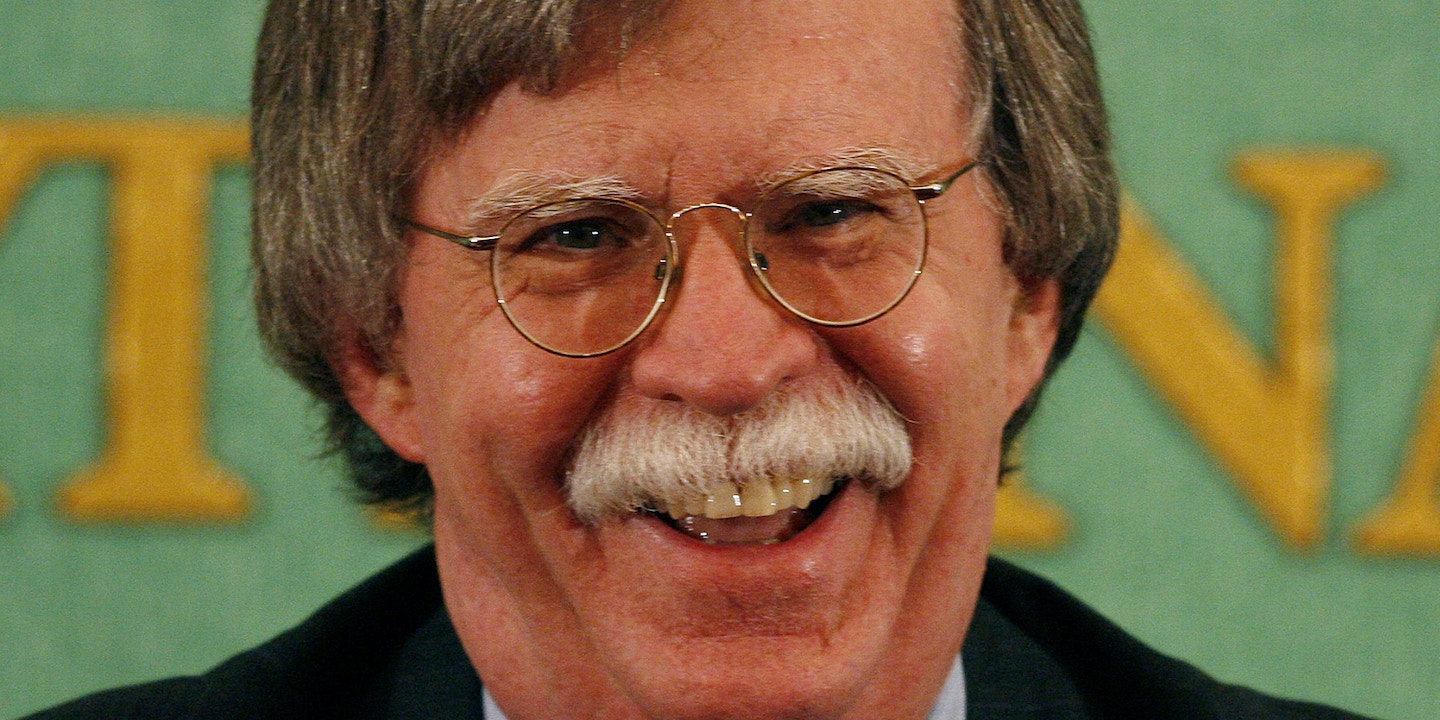 Last week, at a crucial moment in nuclear negotiations between the U.S. and Iran, the New York Times published an op-ed by former U.S. Ambassador to the U.N. John Bolton titled “To Stop Iran’s Bomb, Bomb Iran.” As I pointed out at the time, the Times accidentally undermined him by linking one of his key claims to an explanation of why that claim was wrong. After I asked about it, the Times changed the link.

Bolton’s many other factual mistakes, detailed below, have also not been corrected — on top of which, Bolton failed to make a relevant disclosure about his paid work for a group that advocates the overthrow of the Iranian regime. It’s worth dwelling on these problems a bit given that Bolton’s perspective has a significant constituency in Congress — which could still derail the accord the White House is closing in on with the Iranians.

• Bolton: the Obama administration has “abandon[ed] the red line on weapons-grade fuel…”

This is false. Natural uranium contains only 0.7 percent uranium-235, the isotope needed both for nuclear power and nuclear weapons. Uranium can be used as reactor fuel when enriched to 3-5 percent uranium-235, but it only becomes weapons-grade when enriched to about 90 percent. The “Joint Plan of Action” agreed to in 2013 by Iran, the U.S. and other nations capped Iran’s permitted ability to enrich at 5 percent, the level of reactor fuel. Under the framework announced this week, Iran will agree not to enrich uranium beyond 3.67 percent for at least 15 years. There’s no evidence that the Obama administration ever considered a long-term agreement that would allow Iran to enrich uranium to 90 percent, or indeed anywhere past 5 percent.

• Bolton: “There is now widespread acknowledgment that the rosy 2007 National Intelligence Estimate, which judged that Iran’s weapons program was halted in 2003, was an embarrassment, little more than wishful thinking.”

“Widespread acknowledgement” could mean almost anything — for instance, in my apartment there’s widespread acknowledgment that I should be cast as the next James Bond. And presumably there’s widespread acknowledgement among John Bolton’s friends that they’ve never believed the 2007 National Intelligence Estimate on Iran. However, the Times itself reported in 2012 that “Recent assessments by American spy agencies are broadly consistent with a 2007 intelligence finding that concluded that Iran had abandoned its nuclear weapons program years earlier” and that that “remains the consensus view of America’s 16 intelligence agencies.” Moreover, the Office of the Director of National Intelligence commented that Bolton’s op-ed “misrepresents several [Intelligence Community] positions.”

• Bolton: the U.S. was “guilty of inattention” regarding Pakistan’s development of nuclear weapons.

Rather than being “inattentive,” the Reagan administration — in which Bolton served — proactively helped Pakistan violate U.S. law and purchase key material for its nuclear weapons in the United States. Reagan also falsely certified to Congress that Pakistan did not have nuclear weapons so that the U.S. could continue sending the country hundreds of millions of dollars in aid each year. When a Defense Department intelligence analyst complained, the George H.W. Bush administration — in which Bolton also served — fired the analyst and stripped him of his security clearances. The analyst, whose life was ruined, discovered that the specific officials involved in his firing included Scooter Libby and Stephen Hadley — both then working for Secretary of Defense Dick Cheney and both, of course, key ideological allies of John Bolton.

• Bolton does not disclose his paid speeches on behalf of the MEK.

The Times identifies Bolton only as “a scholar at the American Enterprise Institute [and] the United States ambassador to the United Nations from August 2005 to December 2006.” However, Bolton has acknowledged delivering paid speeches in support of the People’s Mojahedin of Iran, or MEK. The MEK advocates the overthrow of the Iranian government (as Bolton does himself in his op-ed) and was designated as a terrorist organization by the U.S. until 2012. According to a 2012 NBC report, U.S. officials believe the MEK has carried out assassinations of Iranian nuclear scientists with training and financing from Israel.

Bolton did not respond to questions about how much he has been paid by the MEK. However, the Financial Times reported in 2011 that speakers such as Bolton received from $20,000 to $100,000 per speech, with four-speech packages being “common.”

According to the Times’s own stated policy, contributors such as Bolton are contractually required both to disclose any conflicts of interest to the Times and be truthful:

We request that you disclose anything that might be seen as a conflict of interest, financial or otherwise … We need to know. That doesn’t mean we’ll throw out your article on that basis — in most cases it just means disclosing the relationship to the reader. We also need all of the material that supports the facts in your story … Yes, we do fact check. Do we do it perfectly? Of course not. Everyone makes mistakes, and when we do we correct them. But the facts in a piece must be supported and validated.

None of the above, however, makes any impression on the Times op-ed editors. Asked for comment, they responded: “Mr. Bolton’s views and affiliations are widely known and a matter of public record. All our Op-Ed articles are fact-checked. We do not see a factual error that needs to be corrected.”