What Obama’s Refusal to Acknowledge the Armenian Genocide Tells Us About the U.S. — and the Rest of the World

What happened is a historical fact, and it shouldn’t be difficult to get presidents and prime ministers to say, “Today we remember the Armenian Genocide.” But it’s almost impossible, especially in the U.S. — because Turkey has made Armenian Genocide denial part of its national identity, and we’re dependent on Turkey’s support for our broader mideast policies. 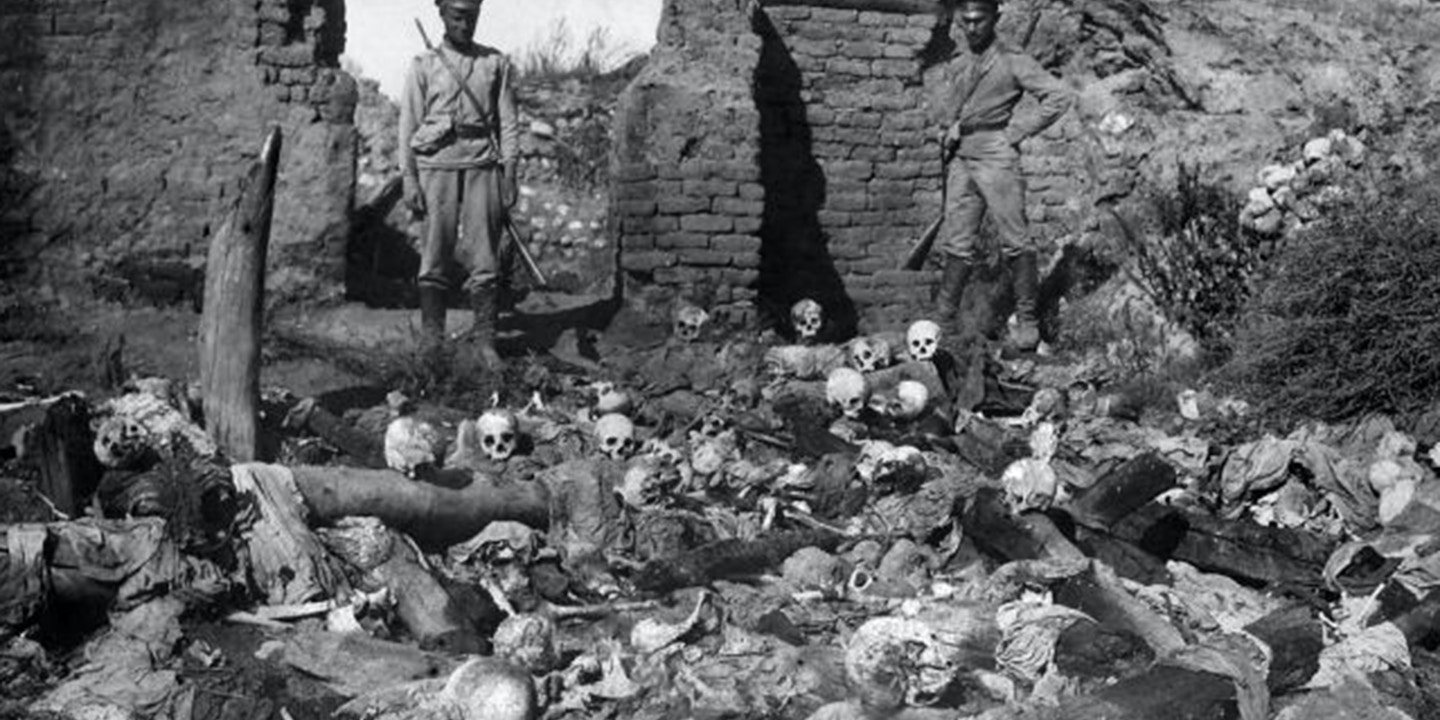 Today, April 24, 2015, is the 100th anniversary of the beginning of the Armenian Genocide. During the next several years, about one and a half million Armenians were murdered by the Ottoman Empire: shot, worked to death, or marched into the Syrian desert to starve or die of thirst. An American official who was an eyewitness wrote home, “The whole country [is] one vast charnel house, or, more correctly speaking, slaughterhouse.”

For most Americans, this seems like it happened a million years ago on another planet. But as with everything important about history, if you pay attention you’ll realize it was yesterday, two blocks away from where you live. In my case, I was named after my mother’s oldest brother, Jonathan; soon after he was born in 1928 my grandparents moved with him to Beirut, and because a new baby kept them busy, they hired a young woman as a maid. She was desperate: she was Armenian, and had walked over mountains and hundreds of miles to get to Lebanon, and was the only member of her family still alive.

So what happened is a historical fact, and it shouldn’t be difficult to get presidents and prime ministers to say, “Today we remember the Armenian Genocide.” But it’s almost impossible, especially in the U.S. — because Turkey has made Armenian Genocide denial part of its national identity, and we’re dependent on Turkey’s support for our broader mideast policies.

During Barack Obama’s 2008 campaign, he explicitly promised that “as President I will recognize the Armenian Genocide.” Samantha Power, author of A Problem From Hell: America and the Age of Genocide and now Obama’s ambassador to the U.N., recorded a video urging Armenian Americans to support him because he would acknowledge the genocide: “I know [Obama] very well and he’s a person of incredible integrity. … He’s a true friend of the Armenian people, an acknowledger of the history … he’s a person who can actually be trusted.”

Obama’s commitment was quietly removed from his website sometime after December 2010, and this Armenian Remembrance Day, he broke his promise for the seventh year in a row.

And Obama’s gone far beyond acts of omission. When the House Foreign Affairs Committee passed a resolution recognizing the genocide, Hillary Clinton, then secretary of state, said, “The Obama administration strongly opposes [this] and will work very hard to make sure it does not go to the House floor.” She and Obama were — with Nancy Pelosi’s assistance — successful.

This is not hyperbole. In fact, American and Israeli denial of the Armenian Genocide often uses exactly the same language as Iranian denial of the Holocaust.

In 2006, then-Iranian president Ahmadinejad said what was needed was a “fact-finding commission” to straighten out what had actually happened to all the Jews and Roma during World War II. In 2007, Condoleezza Rice advocated “historical commissions” to determine where those Armenians had disappeared to in World War I. So yes, Iranian Holocaust denial is deeply vile. But on Armenian Remembrance Day most of all, we should see that our own genocide denial is as well. Recognizing this would help prevent some of our more embarrassing outbursts of hypocrisy. One of the reasons Hillary Clinton worked so hard to prevent Congress from recognizing the Armenian Genocide is because we needed Turkey’s help to impose sanctions on Iran … a country she knows is awful because they engage in Holocaust denial: “When heads of state and religious leaders deny the Holocaust from their bully pulpits, we cannot let their lies go unanswered.”

But there’s something more subtle that we should also understand today:

We can see clearly that our own denial of the Armenian Genocide is purely instrumental. That is, Obama and the rest of them don’t act as they do because they loathe Armenians and devote their every waking moment to plans to exterminate them. Rather, they’re motivated by straightforward, grubby power politics.

Similarly, this is a plausible explanation for the behavior of much of the Iranian faction that’s given to Holocaust denial: they’re not all obsessive anti-Semites who hope to call the Holocaust back for an encore, they simply find it politically convenient to deny it happened.

And if their straightforward, grubby power calculations change, their behavior will change as well — just as there are loud rumblings in Israel about recognizing the Armenian Genocide now that their alliance with Turkey is on the rocks.

In 1919, Henry Morgenthau, U.S. Ambassador to the Ottoman Empire during World War I, said this about the Armenian Genocide: “I am confident that the whole history of the human race contains no such horrible episode as this.”

Twenty years later, his son, Henry Jr., was Treasury secretary. My other grandfather, my father’s father, was working at the Treasury when he received this letter from his cousin Lilly, from Germany:

“Aunt Helen wrote me you have a fine place in the treasury department,” she carefully lettered, on pages my family has saved for 76 years. “Have you or any of your friends, any acquaintances in England? The only possibility to emigrate there is to have a job as a house-maid. I have much to do but I am very happy with my work and think it the best to get over this terrible time. You all cannot imagine how desperate the Jews are. I remain, your cousin, Lilly.”

You can take whatever meaning you want from this. The meaning I take is that all of history and all our lives mean nothing to the people who run the world; they see them simply as chips to use in their endless scramble to get to the top and stay there for as many delicious seconds as possible. I’ll never be on Obama’s side, or Ahmadinejad’s side, or Benjamin Netanyahu’s side, or Recep Tayyip Erdogan’s side. Instead, most days, but today in particular, I think about how best to be on the side of Lilly and my grandparents’ Armenian maid.