TPP Proponents Close to Clinton Remain Optimistic About Her Support

Hillary Clinton has been trying to stay mum about the controversial Trans-Pacific Partnership. But statements by some of her top supporters provide clues to her position. 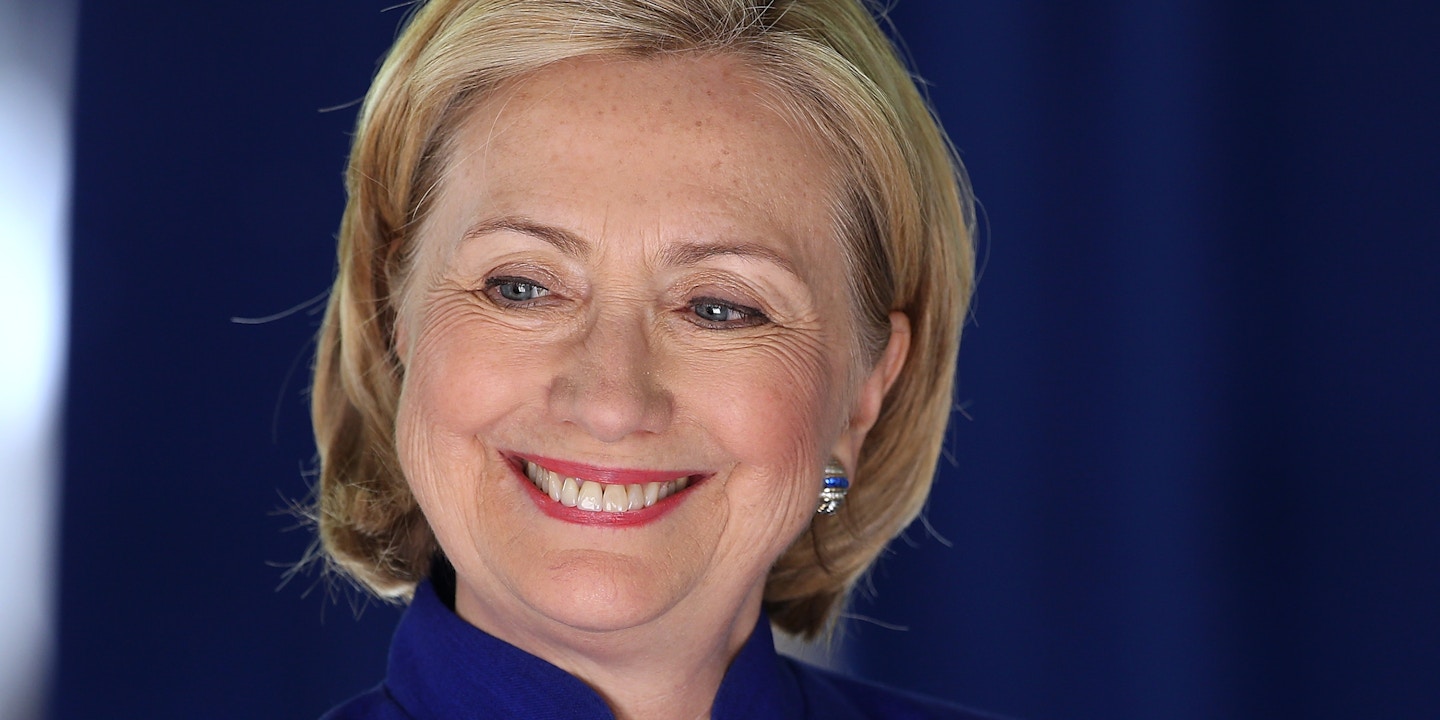 Although Hillary Clinton went into great detail extolling the virtues of President Obama’s proposed trade agreements while serving as secretary of state, as a candidate for president Clinton has only offered vague statements about her current position on the deals.

So how would a President Clinton decide on the Trans-Pacific Partnership or the Transatlantic Trade and Investment Partnership? On Wednesday, White House spokesperson Eric Schultz said he had not “seen anything to suggest any distance” between Clinton’s position and the Obama administration on the deals. And trade consultants close to Clinton remain optimistic about her support.

Asked about Clinton’s TPP position at a recent Bloomberg News conference, Jim Bacchus, former Democratic congressman from Florida, said he is “sure Hillary will get to all of these things and I think she has a good sense to be for trade as part of her overall approach to America’s economic future.”

Later at the same conference, Bob Hormats, who served as Clinton’s under secretary of state, said he could not speak on behalf of Clinton, but emphasized that his former boss “understands very clearly that there are enormous trade opportunities in Asia and creating jobs.”

In Congress, Bacchus was a lead negotiator for NAFTA and later served as chief judge of the World Trade Organization. Bacchus, who now works on trade issues as the Global Practice Chair of the lobbying firm Greenberg Traurig, said he was the first of Florida’s congressional delegation to endorse Bill Clinton’s bid for the presidency, a supporter for Hillary Clinton in 2008 and a strong supporter of her current presidential campaign.

In New Hampshire, Clinton recently said, “Any trade deal has to produce jobs and raise wages and increase prosperity and protect our security.” She has also mentioned that she would like to see currency manipulation as a key part of the deal.

But Clinton’s comments have not persuaded TPP critics. Indeed, vague demands that any deal increase prosperity are more or less identical to the rhetoric offered by strong TPP supporters. I spoke to Gov. Scott Walker of Wisconsin last Saturday, who had this to say about the TPP and TTIP (emphasis added):

Well, I talked about TTIP the other day in Germany in Hanover at the industrial fair there, and I think fair and open trade is a good thing on either side of the continent for the United States, whethere it’s on the Atlantic or the Pacific. Obvious the details need to be worked out and there’s a lot of details including some specific to my state that need to be worked out. But I think in the end, having a deal that’s fair and offers fair and open trade would be a good thing for the United States and for our trading partners.

Critics of the deal argue they have been burned by double-dealing by politicians in the past.

As a candidate for the presidency in 2008, Barack Obama harshly criticized NAFTA on the campaign trail, claiming he would move to renegotiate the pact as president. Yet, reporters later uncovered evidence that Obama’s aides had met privately with Canadian officials to tell them that Obama’s rhetoric was “more reflective of political maneuvering than policy.”