You would think that after three years the DEA would have figured out why they dumped an innocent man in a cell and then forgot about him for five days. 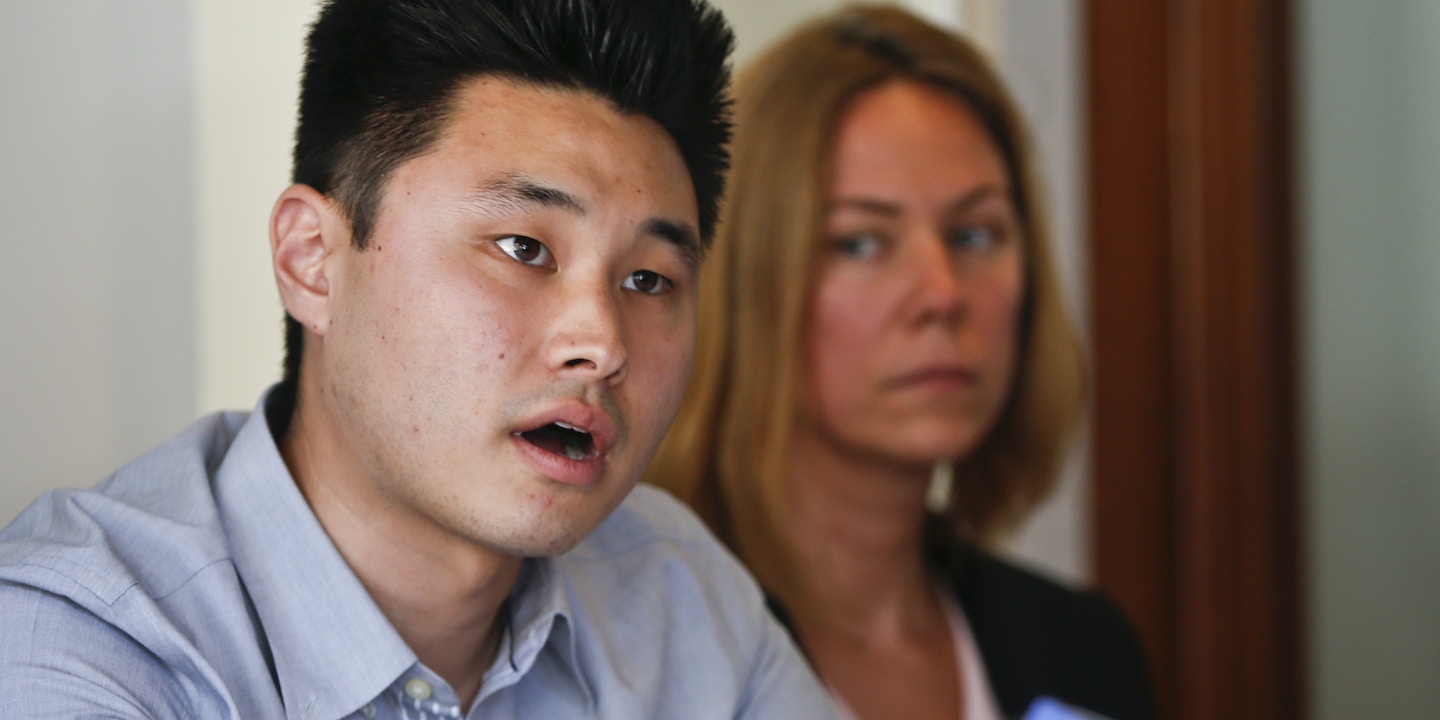 During an obscure Senate hearing on Tuesday morning, lawmakers vented their frustrations with the Drug Enforcement Administration for failing to answer questions about an incident that saw a man almost die of dehydration while in its custody.

“At what point do I have to conclude that the [Drug Enforcement Administration] is hiding something about what happened here?” asked Sen. Chuck Grassley, R-Iowa, unsuccessfully prodding a DEA witness to explain why Senate inquiries into what happened to Daniel Chong have been met with silence.

On April 20, 2012, Chong was detained by DEA agents during a drug raid on a friend’s house in San Diego. The 23-year-old university student cooperated with agents during an interrogation, and was told that he would soon be free to go, only to be handcuffed with his hands behind his back and left in a small holding cell for five days without food or water. When he was finally discovered, Chong was suffering from near-kidney failure and hypothermia and in need of serious medical attention.

A Justice Department Office of Inspector General (OIG) investigation released last June shed additional light on Chong’s maddening de facto sentence — often served in complete darkness. He told investigators he was forced to drink his own urine and at one point attempted suicide.

Chong later received a $4.1 million settlement from the Justice Department.

The inspector general’s report, however, raised new questions about the incident, and cast doubt on DEA agents’ claims that they didn’t hear Chong’s repeated shouts and bangs in a bid to get someone’s attention. When his version of events was recreated for the purposes of the probe, an investigator “clearly heard the banging and yelling.”

“It’s been now eight months — I still don’t have a response from DEA to these questions,” Sen. Grassley said on Tuesday. He asked DEA Deputy Assistant Administrator of Drug Diversion Joseph Rannazzisi to commit the agency to responding to his inquiry by the end of the month.

Rannazzisi responded that “This was a regrettable tragic event,” before admitting that “I can’t speak for DEA or the department when the letter is going to come to you.”

Also lamenting the agency’s lack of transparency was Sen. Dianne Feinstein, D-Calif. Her office sent two unanswered letters to the DEA last year in July and August seeking answers about the detention of her constituent.

“When we don’t get responses to our letters, that colors our view of the agency — particularly when we’re writing about a constituent who suffered from a real lapse in process,” Sen. Feinstein said during the hearing.

On Tuesday the Los Angeles Times revealed that the most severe punishment meted out to the agents responsible for Chong’s nightmare was a seven-day suspension.

“It blows my mind,” Sen. Feinstein said during the hearing, referring to the leniency afforded to the agents who were involved in what she described as a “serious infraction.”

Photo of Daniel Chong talking about his ordeal while in the custody of the Drug Enforcement Administration. (Lenny Ignelzi/AP)