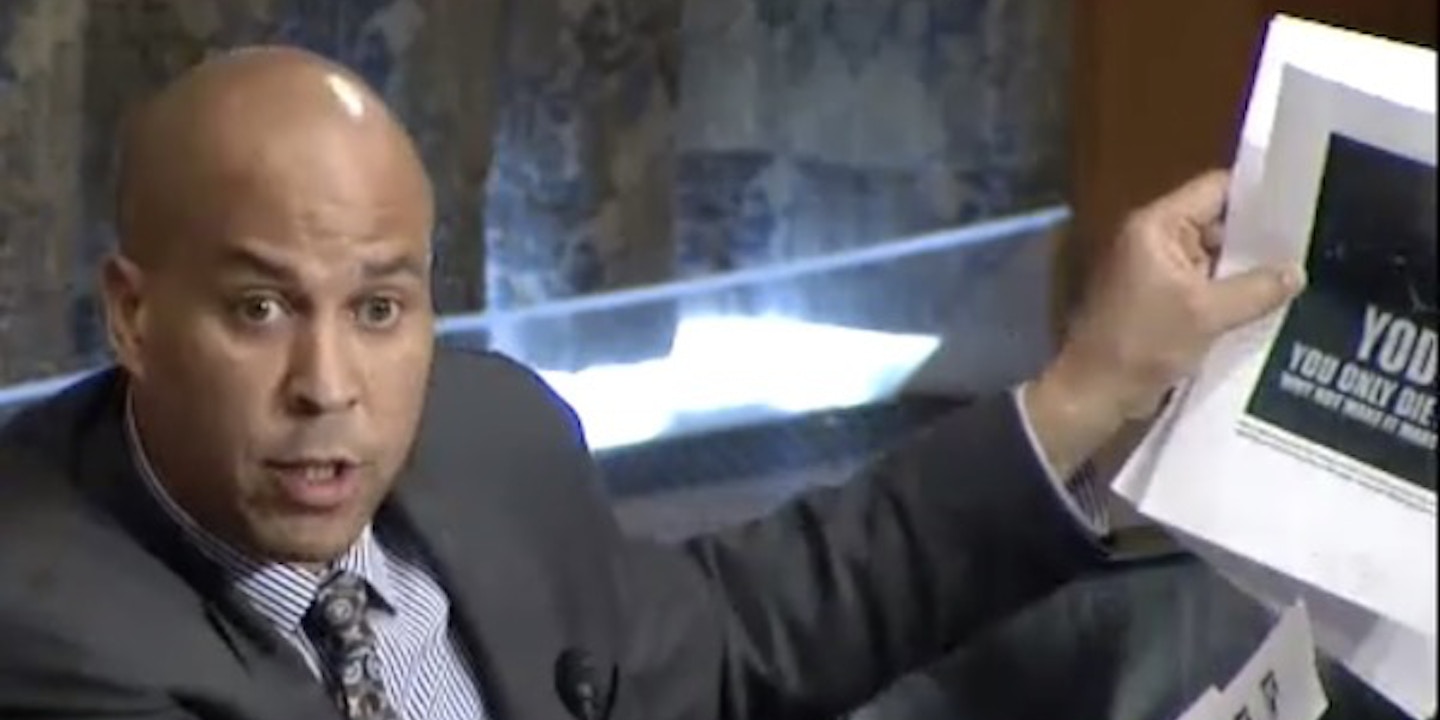 “There’s an obvious piece of legislation that we need to start working on,” Sen. Ron Johnson, R-Wisc., said during a Homeland Security Committee hearing on “Jihad 2.0“.

Booker is a prolific user of Twitter and a former viral sensation in his own right, as mayor of Newark. He said he knows “something about memes,” and added that “there are easy tactics how to get more voice, virality to messaging that we’re not using as a government.”

Instead, he lamented, the U.S. is spending “millions and millions of dollars on old school forms of media,” like Voice of America.

Sen. Kelly Ayotte, R-N.H., said that the private sector could play a greater role working with the government in any counter-recruitment initiative.

Here’s a clip from the hearing:

He noted that Muslim families who see a son or daughter radicalizing online are deterred from reporting the matter to the FBI out of fear that he or she will be thrown in jail for more than a decade.

“If somebody is not actually indicted for a potential act of terrorism, but merely for trying to go to Syria, we should be thinking about off-ramps that aren’t 15 years in prisons,” Bergen said.