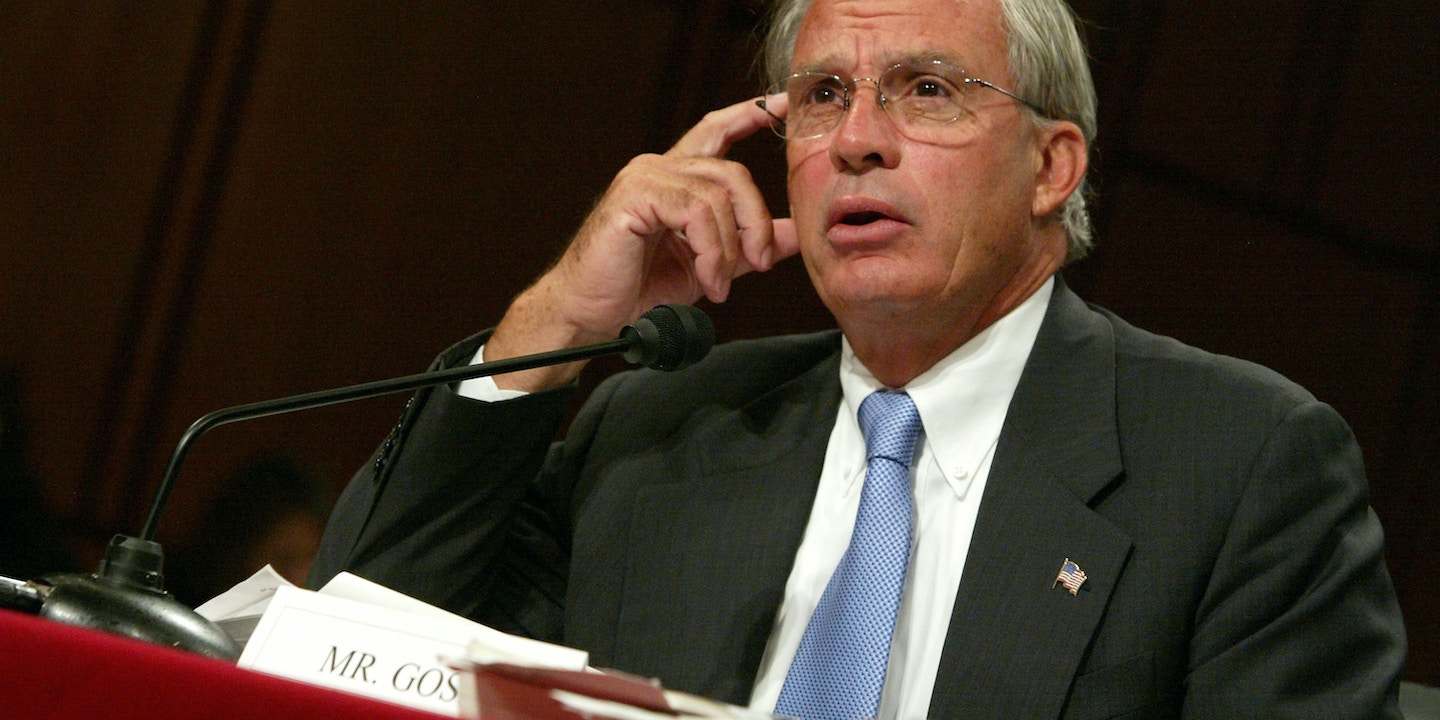 Former Central Intelligence Director Porter Goss is taking an unusual swing through the revolving door: He recently registered to lobby for the government of Turkey, according to forms filed with the Justice Department.

Goss registered through his new employer, Dickstein Shapiro, which has a longstanding relationship with the Turkish government.

The disclosure shows Goss will advise Turkey on a variety of issues, including counterterrorism efforts; lobby members of Congress on “issues of importance to Turkey”; and notify Turkey of actions in Congress or the Executive Branch.

During his time in the CIA, Goss declared, “there is no viable alternative to freedom – only freedom offers men and women the opportunity to reach their full potential.” But the Turkish government under President Recep Tayyip Erdogan might seem like an odd choice for such a freedom advocate, certainly when it comes to press freedom. The regime has arrested dozens of journalists, has violently suppressed peaceful protests and has censored social media.

And while Turkey has pledged to support the U.S.-backed alliance against the Islamic State, numerous reports and media accounts have indicated that money and arms for Islamist extremists, including ISIS, have flowed across the Turkish border into Syria and Iraq.

As I’ve previously reported, foreign governments in the Middle East have been on a shopping spree for American lobbyists, particularly former lawmakers and other senior members of the U.S. government.

The registration form for Goss is below: