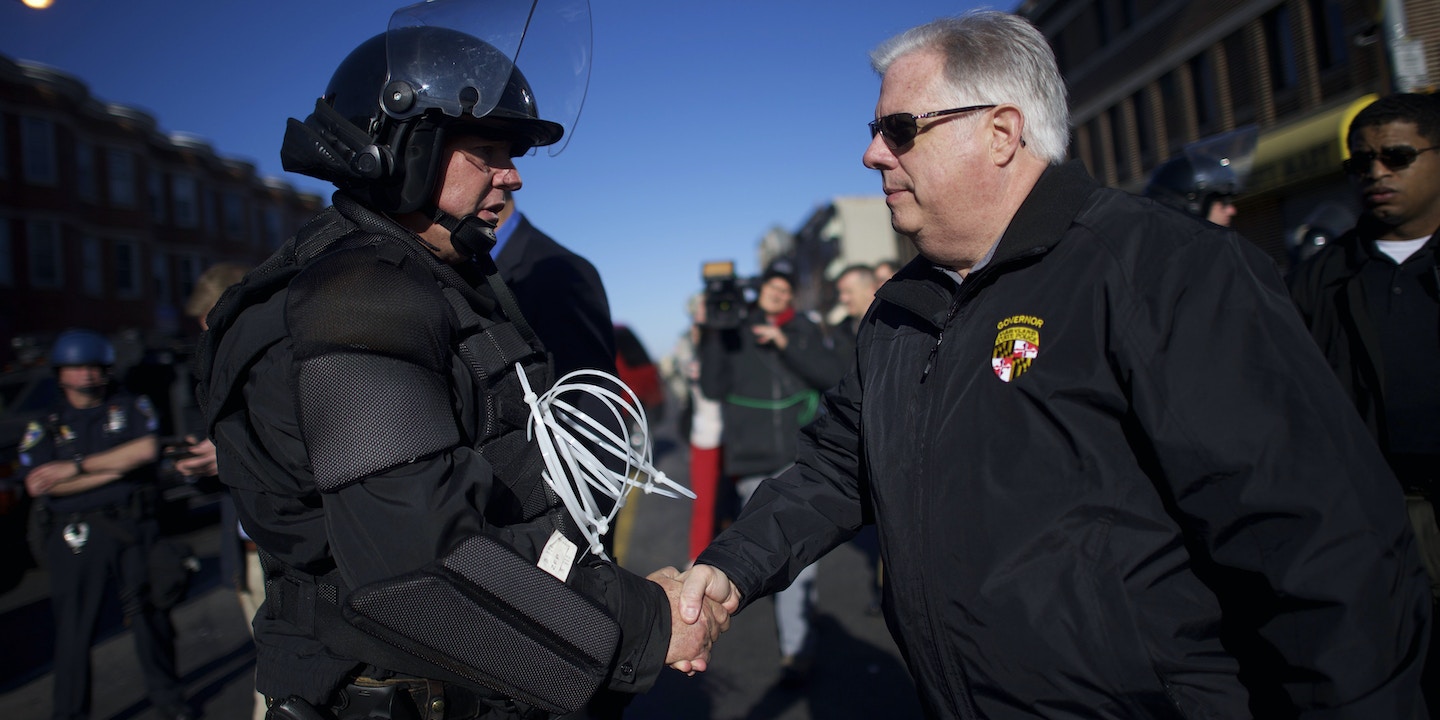 The governor, who campaigned on a promise to limit government overreach to win his upset victory last November, vetoed legislation designed to rein in law enforcement abuse of power, including:

Notably, in his letters to legislators explaining his vetoes of the marijuana and asset forfeiture bills, Hogan said he was taking action at the request of Maryland police unions, including the Maryland Chiefs of Police Association and the Maryland Sheriffs’ Association.

As we reported last month, a number of police accountability reforms in Maryland, including changes to the Law Enforcement Officer’s Bill of Rights, a barrier to investigating and prosecuting police misconduct, were defeated in committee after heavy lobbying by police unions.

What do Hogan’s vetoes mean for criminal justice reform? Some pundits claim the movement is moving forward thanks to the action of a unique left-right coalition, including the conservative billionaries, Charles and David Koch.

Will the Kochs lash out at Hogan, as they have before against lawmakers who cross them on major policy issues?