Yesterday, the head of al Qaeda’s affiliate in Syria gave the clearest indication yet that the “Khorasan Group” is a fabrication. 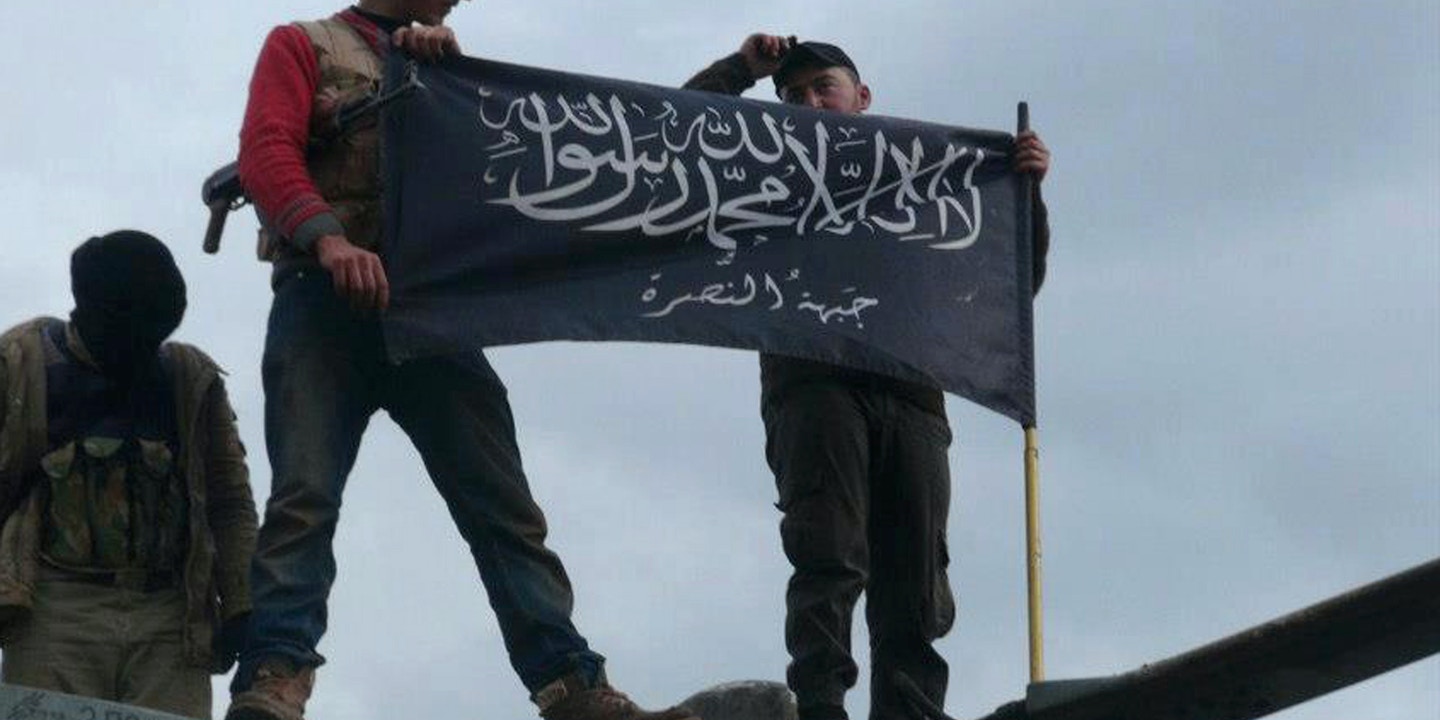 In early September 2014, an Associated Press story quoted unnamed U.S. officials discussing an imminent threat from a previously unknown, Syria-based terror outfit called the “Khorasan Group.” U.S. officials told the AP that the jihadist group was stocked with al Qaeda veterans and was plotting imminent attacks against U.S.-bound airline flights. Officials also suggested that the level of danger posed by the group exceeded that of ISIS, the militant group which now controls much of Iraq and Syria.

Weeks later, after similarly breathless coverage of the so-called Khorasan Group from the New York Times, the Washington Post, CNN, NBC News, CBS News and others, American airstrikes against Syria commenced, including strikes that were said to have specifically targeted this shadowy new organization.

In the immediate aftermath of the strikes, something remarkable happened. American officials almost immediately began retracting their claims about the level of danger posed by the Khorasan Group. FBI Director James Comey, addressing previous assertions that the group posed an imminent threat to American interests, said, “I don’t know exactly what that word means … ‘imminent.’”

After the airstrikes had commenced, reports began to surface that no identifiable Syrian activists within the country had ever heard of such an organization. Days after the U.S. initiated military operations within Syria, it became increasingly unclear whether the “Khorasan Group” itself actually existed.

Yesterday, the head of al Qaeda’s affiliate in Syria gave the clearest indication yet that the group is a fabrication. In an interview conducted with Al Jazeera Arabic, Abu Muhammad al Jolani, the head of Jabhat al Nusra, said the following:

“The so-called Khorasan group, supposedly active within our ranks, doesn’t exist. We first heard about it via the media after the U.S.-led coalition bombed us. It is merely a Western invention to justify the bombings on us. There are some brothers from Khorasan who joined our strife though.”

In comments to The Intercept, Aaron Zelin, who analyzes contemporary jihadist movements for the Washington Institute for Near East Policy, also cast doubt on the idea that there was any distinct outfit called the Khorasan Group, saying that instead, “there were individuals who were dispatched by Ayman al Zawahiri to join Jabhat al Nusra in Syria … internally within the U.S. government they created a nickname for these people called ‘Khorasan.'”

Jabhat al Nusra, designated as a terrorist group by the United States, is one of several militant groups fighting to topple the Assad regime in Syria. Despite its links to al Qaeda, it is widely popular in Syria due to its perceived effectiveness in fighting government forces.

“When the U.S. did an airstrike on a Jabhat al Nusra headquarters and called it ‘Khorasan,’ locals there simply perceived it as an attack on mainstream rebel forces which had gained their trust,” said Zelin. “My read on why they called it the ‘Khorasan Group’ instead of saying Jabhat al Nusra is because I think the U.S. government understands that Jabhat al-Nusra has local support. But this euphemism hasn’t fooled anyone.”

In the immediate run-up to the American airstrikes against Syria, mentions of the “Khorasan Group” in the media immediately skyrocketed. After the strikes commenced, mentions of the group and the purportedly dire threat it posed to U.S. interests almost completely disappeared. Having seemingly come out of nowhere to provide justification for American military involvement in the Syrian conflict, the Khorasan Group suddenly fell off the radar.

A story published in the Associated Press this March by Ken Dilanian, the same reporter who had initially reported U.S. government claims on the threat posed by the group, stated that U.S. airstrikes had hit 17 “Khorasan” targets in Syria. Claims about the threat posed by the organization, once reportedly dire, had also apparently become muddled and unverifiable. And like much of the present U.S. military campaign in Iraq and Syria, the putative war against this group has been largely opaque. A strike reportedly conducted against “Khorasan targets” last November near Harim City, Syria was later found by a U.S. military investigation to likely have resulted in the deaths of two children.

Since the commencement of airstrikes in Syria last September, the U.S. has become fully invested as a belligerent in that country’s civil war. While the “Khorasan Group” designation itself was partly a fiction created by the U.S. government, simply a nickname created for a group of people within Syria whom it wanted to bomb, it was reported at the time in hyperbolic media reports as not only a real, discrete organization, but also a more dangerous threat to Americans than the Islamic State.

None of the subsequent reports about these initial threats posed by the group have ever been substantiated. Indeed, highly credulous reporting on the group at the time did not even do so much as discern whether the organization itself independently existed at all. The “Khorasan Group,” after helping quickly manipulate public opinion to win acceptance for yet another American war in the Middle East, simply disappeared from government statements and media reports as quickly as it first rose to prominence.