Few in Washington appear to grasp that the fighters who led the takeover of Ramadi are an amalgam of virtually every Sunni tribal and jihadist insurgent group the United States has fought since April 2003. The fall of Ramadi, capital of Iraq’s Anbar Province, to the Islamic State last month has frayed nerves in Washington, but what few appear to grasp is that ISIS’s May offensive has given Ramadi back to its former owners — the ex-Baathist Sunni terrorists known as the Former Regime Loyalists. The FRLs, as they’re called, were Saddam Hussein’s most ardent followers, the same fighters whom the United States fought non-stop for eight years. Their resurgence has implications not just for the United States but for ISIS itself. For while these forces may fly the ISIS flag today, their ultimate plans for Iraq are quite different than those of the “caliphate.”

ISIS’s roots in Saddam Hussein’s Baath Party are deep — many of the group’s most devoted commanders, advisers and fighters started out as Baathists. The ex-Baathists essentially run ISIS, and their past is evident in the tactics they are using now.

After the 1963 coup that first gave the Baathists a share of power in Iraq’s government, Saddam became head of the secret Jehaz Al-Khass, or Special Branch, and collected meticulous dossiers on friends and enemies alike. Saddam used these dossiers to carry out a political putsch in the mid-sixties, as well as the bloodless 1968 coup that brought his party to full control of Iraq. From 1968 until 2003, Baathists controlled every aspect of Iraqi life and generalized the surveillance techniques that Saddam had used so effectively in his rise to power.

The Baath government amassed millions of personal records and forced its citizens to spy on family and friends for Saddam’s intelligence agencies. Those agencies, staffed almost exclusively by Sunnis, were masters at collecting and using the most intimate details of the lives of individual Iraqis. Stasi-level minutiae about family structure, births, deaths, relations and the aspirations of everyone who lived under the regime were documented and filed. The regime then used all its information to compel compliance, the alternative to which was death. After the invasion, the Baathists held the key to the human terrain of Iraq. All of these Saddamist traditions have been carried on by his disciples in ISIS.

One of these is Samir Abd Muhammad al-Khlifawi, usually known as Haji Bakr, a former spy for Saddam who became chief of military operations for ISIS.

From as early as 2004, al Qaeda in Iraq gradually sought to transfer control of the Iraqi jihad from foreign fighters like Abu Musab al-Zarqawi and Abu Ayyub al-Masri to local Iraqi commanders like Abu Umar al-Baghdadi. AQI became the Islamic State of Iraq (ISI) in 2006, just as many local captives were being released from U.S. military prisons such as Camp Bucca. One of them was Abu Bakr al-Baghdadi, the future caliph of ISIS. As an Iraqi, he had been held not with the high-value al Qaeda terrorists, but with low-level FRL and Iraqi religious extremist insurgents. At Bucca, al-Baghdadi formed bonds and apparently conceived the model that would eventually become ISIS, a consolidated force of Iraqi Sunni FRLs, joined with al Qaeda’s foreign fighters, that would take back their traditional tribal lands and then form a caliphate. That’s where he connected with Haji Bakr.

Der Spiegel magazine recently obtained Haji Bakr’s handwritten notes and organizational diagrams for creating an ISIS spy agency based on Saddam’s own intelligence agencies. The notes, the magazine reported, confirmed what American intelligence agencies had assumed for well over a decade — that the ex-Baathists ran almost everything in Iraq after the U.S. invasion. Since 2003 these ex-Baathists have been ruthlessly pulling the strings of the jihadists in Iraq. First they facilitated al Qaeda’s entry into the insurgency, then they built them hundreds of car bombs and provided intelligence on American operations. 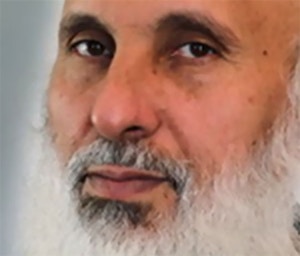 Haji Bakr is a classic example of an ex-Baathist spy who brought his Saddam-era human intelligence skills to ISIS. He was a former Iraqi air force intelligence officer from the Directorate of Military Security who may have been part of the original IED development team, the Al Ghafiqi project. Working for ISIS, his flow charts, questionnaires, dossiers and biographical histories about anyone under their control were all straight from Saddam Hussein’s playbook. This level of micro-detail on enemies gave the FRLs and now ISIS information dominance in Iraq and Syria. But the FRL’s greatest achievement may be training ISIS to create similar databases of deeply personal, psychological profiles and factual knowledge on every foreign fighter, jihadi bride or Iraqi who either joins or is conquered by ISIS. That database is just waiting to be exploited by the world’s intelligence communities. (In fact, U.S. special forces may have captured a similar database related to ISIS finances in the May 2015 raid that resulted in the death of Nabil Saddiq Abu Saleh al-Jabouri, aka Abu Sayyaf, the ISIS oil and money facilitator.)

Recall that from the moment the U.S. Army entered Baghdad, the coming Sunni terror insurgency was manned by almost 100,000 FRL officers from the most loyal organizations. This number included 30,000 commandos from Saddam’s Fedayeen; 26,000 Special Republican Guards; 31,000 spies, analysts and enforcers from five major intelligence agencies; as well as 6,000 seasoned combat officers — all freshly fired by Ambassador Bremer through his General Order #2. These people didn’t vanish into thin air after the invasion; they went underground, as had been planned long before the war, and formed the largest insurgent group in Iraq, the Army of the Mujahideen. They also took over others, such as Ansar al Sunna, giving them an Islamic patina to inspire resistance.

The FRLs understood effective military command and control and organized the National Council of Iraqi Resistance, also known as the Unified Mujahideen Command, with forward operations centers in each city under direct command of Saddam Hussein and his sons Uday and Qusay. From Damascus, Syria, the NCIR/UMC operated a command center led by Izzat Ibrahim al-Douri, Saddam’s chief henchman. He and a council of ex-generals commanded the secret terror war in Iraq against the United States coalition. Granted, some Sunni tribes and insurgents grew sick of al Qaeda and cooperated with the Iraqi government in 2007, during the “Sahwah,” or “Anbar Awakening,” but most, like Haji Bakr, kept fighting from their homes or across the border in Syria, and many were eventually incorporated into the framework of ISIS.

Simply put, ISIS today is essentially a Baathist-organized amalgam of virtually every Sunni tribal and jihadist insurgent group the United States has fought since April 2003. It is fueled by the ideology of al Qaeda and is under the nominal leadership of foreign terrorists. No matter that foreign fighters are the amirs with high-level roles, and that it took 12 years to usurp and merge all of those groups and to liberate the Sunni governorates. Ex-Baathists like Haji Bakr and al-Douri have helped ISIS’s Iraqi “caliph,” Abu Bakr al-Baghdadi, manage it brilliantly. In 2007 I wrote that all Iraqi insurgents have the same strategy for dealing with the Americans and the Shiite-dominated government. I called it the K-H-P-I Strategy: Kill-Humiliate-Punish-Inspire. However, the ultimate goals of each insurgent group were different. The FRLs wanted to establish conditions for a neo-Baathist political coup similar to what was pulled off in the 1960s. AQI (now ISIS) and other Iraqi Islamic groups sought the establishment of an Islamic caliphate in Iraq.

In light of this history, it is reasonable to surmise that the ex-Baathists flying the ISIS flag today are covertly working to undermine ISIS’s caliphate and eventually achieve their own political goals. The FRLs may be allowing ISIS to do the hard work of fighting and carving out a Sunni-dominated tribal nation from Damascus to Fallujah to Mosul. Once that geographic goal has been achieved, it should not take much to depose the caliph and eliminate ISIS.

The FRLs and Sunni tribal leadership have clearly demonstrated that the personal aspirations of 7 million Iraqi Sunnis can be a serious political cudgel. If the central government doesn’t play ball, ISIS can march on Baghdad until a deal is made for regional autonomy, money or independence. If the Shiite government defeats ISIS (or if the Sunni community turns against it), the FRLs can just step away and continue to wield power in their communities. Either way, they win.

On the other hand, ISIS did make the FRLs swear oaths of loyalty to the caliphate, and they will certainly take a dim, beheading-filled view of any covert plans to undermine their reign. The FRLs will proceed cautiously. Both ideologies can coexist as long as there is a Shiite-Iranian-American axis to rally against. Baathists are still Muslims, and they have shown that they can feign piety as long as it’s convenient.

If the Shiite militias known as Hashid Shaabi come to Ramadi, they will not be carrying any soft feelings for ISIS and the ex-Baathist FRLs. They will most likely attack Anbar with a view toward punishing all Sunnis for bringing ISIS to Iraq. By the end of Ramadan, the clock could turn back to the summer of 2005, when ethnic tensions exploded in Iraq, filling the Tigris with bound and blindfolded corpses.

Photo: Iraqi security forces defend their headquarters against attacks by Islamic State extremists during sand storm in the eastern part of Ramadi, May 14, 2015. (AP)