It’s not every day you see a Republican attacking Democrats for cozying up to Wall Street. 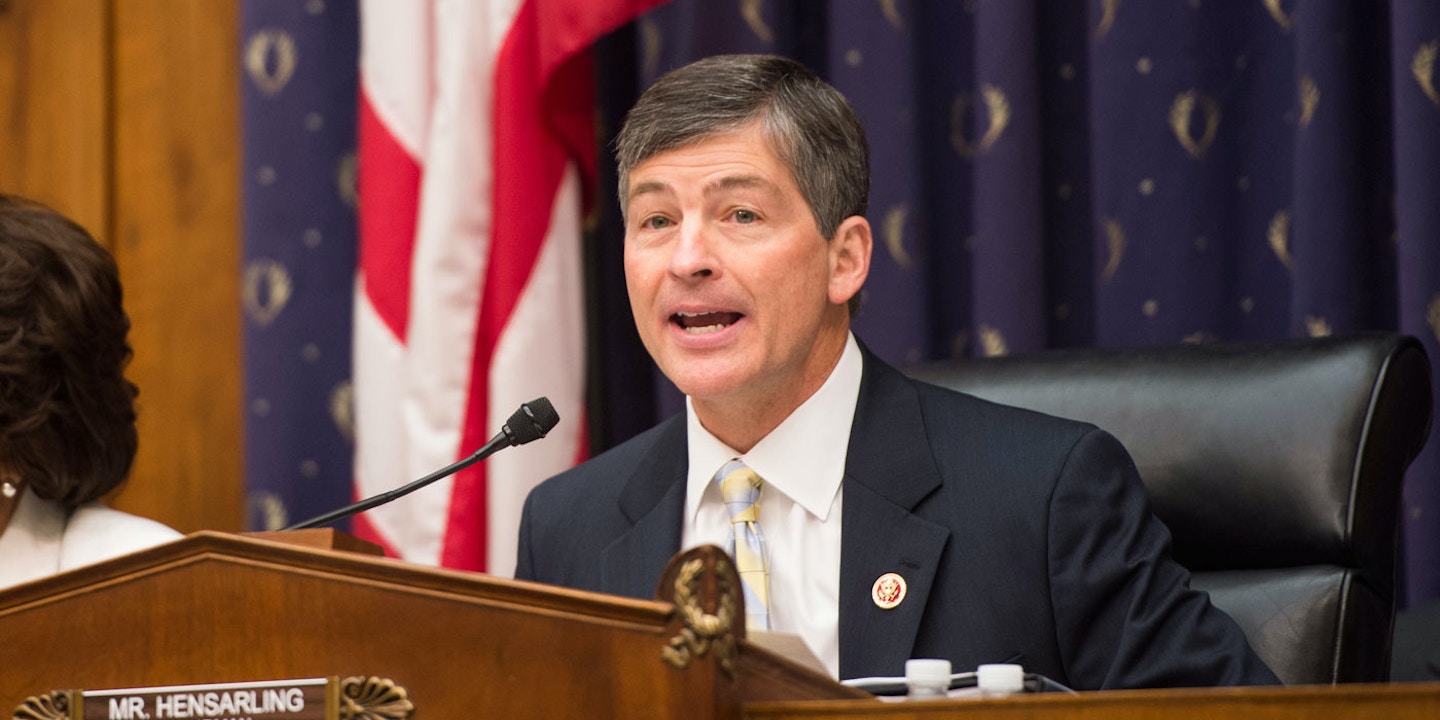 Hensarling spoke at the opening of a hearing he was chairing on the future of the bank, which provides loan guarantees to support the international sales of American products such as jetliners. The bank’s charter expires June 30 unless Congress renews it, which Hensarling — a  Tea Party favorite — opposes.

Both political parties are fractured in this debate, with Tea-Party Republicans and progressive Democrats mostly opposed. Hensarling began his remarks “by admitting that Republicans on my side of the aisle are split on the issue.” But he was charitable about the schism in his own party. “I do understand one person’s corporate welfare and politically driven capital allocation is another person’s vital export support program and level playing field,” he said — as if the two could somehow be reconciled.

By contrast, he was merciless about Democrats who support the bank and their coziness with Wall Street.

It makes sense for the big banks to support Ex-Im, he said. “After all, they have hardworking taxpayers to bail out any Wall Street losses.”

Hensarling pointed out the hypocrisy on the other side of the aisle: “Just six weeks ago the ranking member asked the question, ‘Why is it that the richest of the folks in the businesses in this country, who have so many paid lobbyists … [are] able to direct the public policy in ways the average citizen cannot do?’ Boeing, which receives fully one-third of Ex-Im’s support, spent $35 million in lobbying expenses in the last Congress to help keep Ex-Im afloat. Their top five executives made $48.6 million in 2013 alone. The public reports from the other top beneficiaries of Ex-Im like GE, Caterpillar, Exxon Mobil look pretty similar. So I would say to my friend the ranking member, perhaps their paid lobbying is so successful and their executives are getting so rich because you’re doing everything you can to help them.”