Revealed: How DOJ Gagged Google over Surveillance of WikiLeaks Volunteer 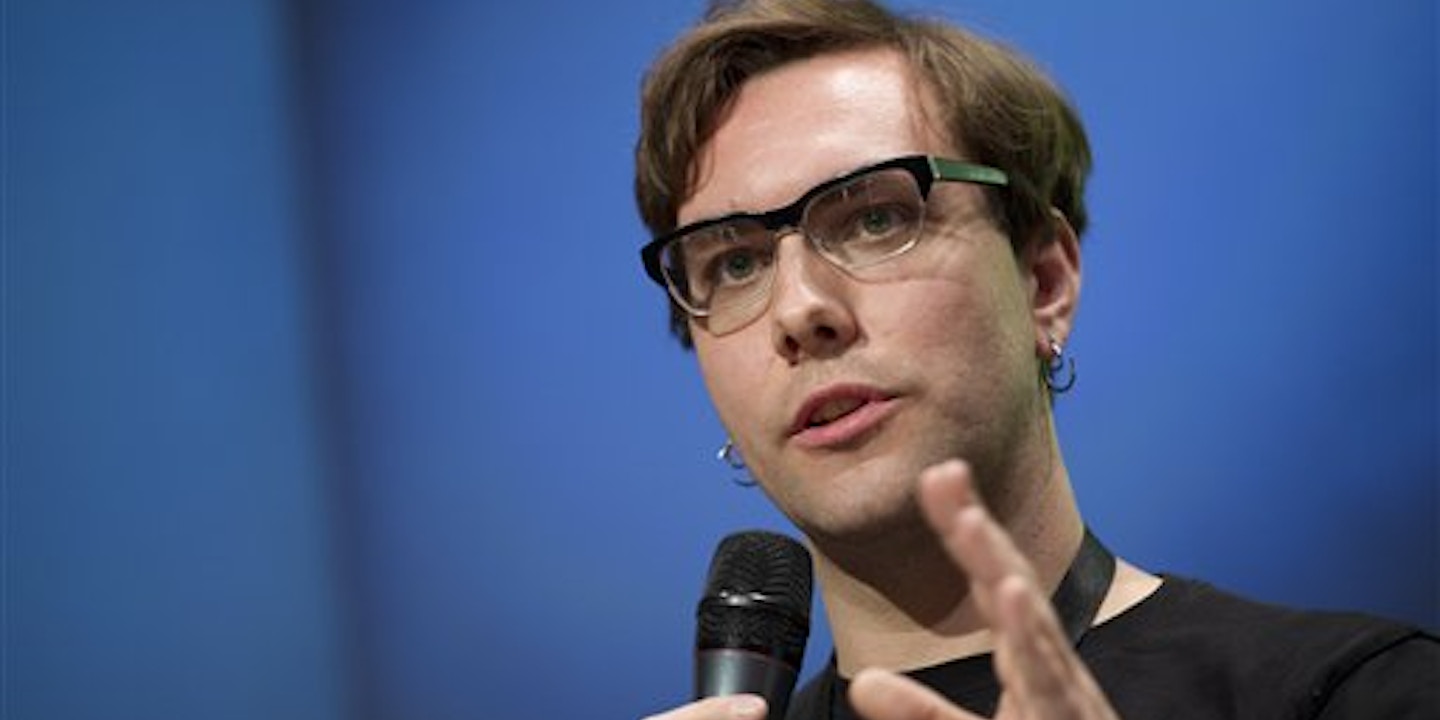 The Obama administration fought a legal battle against Google to secretly obtain the email records of a security researcher and journalist associated with WikiLeaks.

Newly unsealed court documents obtained by The Intercept reveal the Justice Department won an order forcing Google to turn over more than one year’s worth of data from the Gmail account of Jacob Appelbaum (pictured above), a developer for the Tor online anonymity project who has worked with WikiLeaks as a volunteer. The order also gagged Google, preventing it from notifying Appelbaum that his records had been provided to the government.

The surveillance of Appelbaum’s Gmail account was tied to the Justice Department’s long-running criminal investigation of WikiLeaks, which began in 2010 following the transparency group’s publication of a large cache of U.S. government diplomatic cables.

According to the unsealed documents, the Justice Department first sought details from Google about a Gmail account operated by Appelbaum in January 2011, triggering a three-month dispute between the government and the tech giant. Government investigators demanded metadata records from the account showing email addresses of those with whom Appelbaum had corresponded between the period of November 2009 and early 2011; they also wanted to obtain information showing the unique IP addresses of the computers he had used to log in to the account.

The Justice Department argued in the case that Appelbaum had “no reasonable expectation of privacy” over his email records under the Fourth Amendment, which protects against unreasonable searches and seizures. Rather than seeking a search warrant that would require it to show probable cause that he had committed a crime, the government instead sought and received an order to obtain the data under a lesser standard, requiring only “reasonable grounds” to believe that the records were “relevant and material” to an ongoing criminal investigation.

Google repeatedly attempted to challenge the demand, and wanted to immediately notify Appelbaum that his records were being sought so he could have an opportunity to launch his own legal defense. Attorneys for the tech giant argued in a series of court filings that the government’s case raised “serious First Amendment concerns.” They noted that Appelbaum’s records “may implicate journalistic and academic freedom” because they could “reveal confidential sources or information about WikiLeaks’ purported journalistic or academic activities.”

However, the Justice Department asserted that “journalists have no special privilege to resist compelled disclosure of their records, absent evidence that the government is acting in bad faith,” and refused to concede Appelbaum was in fact a journalist. It claimed it had acted in “good faith throughout this criminal investigation, and there is no evidence that either the investigation or the order is intended to harass the … subscriber or anyone else.”

Google’s attempts to fight the surveillance gag order angered the government, with the Justice Department stating that the company’s “resistance to providing the records” had “frustrated the government’s ability to efficiently conduct a lawful criminal investigation.”

The Justice Department wanted to keep the surveillance secret largely because of an earlier public backlash over its WikiLeaks investigation. In January 2011, Appelbaum and other WikiLeaks volunteers’ – including Icelandic parlimentarian Birgitta Jonsdottir – were notified by Twitter that the Justice Department had obtained data about their accounts. This disclosure generated widepread news coverage and controversy; the government says in the unsealed court records that it “failed to anticipate the degree of  damage that would be caused” by the Twitter disclosure and did not want to “exacerbate this problem” when it went after Appelbaum’s Gmail data.

The court documents show the Justice Department said the disclosure of its Twitter data grab “seriously jeopardized the [WikiLeaks] investigation” because it resulted in efforts to “conceal evidence” and put public pressure on other companies to resist similar surveillance orders. It also claimed that officials named in the subpoena ordering Twitter to turn over information were “harassed” after a copy was published by Intercept co-founder Glenn Greenwald at Salon in 2011. (The only specific evidence of the alleged harassment cited by the government is an email that was sent to an employee of the U.S. Attorney’s office that purportedly said: “You guys are fucking nazis trying to controll [sic] the whole fucking world. Well guess what. WE DO NOT FORGIVE. WE DO NOT FORGET. EXPECT US.”)

Google accused the government of hyperbole and argued that the backlash over the Twitter order did not justify secrecy related to the Gmail surveillance. “Rather than demonstrating how unsealing the order will harm its well-publicized investigation, the government lists a parade of horribles that have allegedly occurred since it unsealed the Twitter order, yet fails to establish how any of these developments could be further exacerbated by unsealing this order,” wrote Google’s attorneys. “The proverbial toothpaste is out of the tube, and continuing to seal a materially identical order will not change it.”

But Google’s attempt to overturn the gag order was denied by magistrate judge Ivan D. Davis in February 2011. The company launched an appeal against that decision, but this too was rebuffed, in March 2011, by District Court judge Thomas Selby Ellis, III.

Appelbaum called the case “a travesty that continues at a slow pace.”

The government agreed to unseal some of the court records on Apr. 1 this year, and they were apparently turned over to Appelbaum on May 14 through a notification sent to his Gmail account. The files were released on condition that they would contain some redactions, which are bizarre and inconsistent, in some cases censoring the name of “WikiLeaks” from cited public news reports.

Not all of the documents in the case – such as the original surveillance orders contested by Google – were released as part of the latest disclosure. Some contain “specific and sensitive details of the investigation” and “remain properly sealed while the grand jury investigation continues,” according to the court records from April this year.

Appelbaum, an American citizen who is based in Berlin, called the case “a travesty that continues at a slow pace” and said he felt it was important to highlight “the absolute madness in these documents.”

He told The Intercept: “After five years, receiving such legal documents is neither a shock nor a needed confirmation. … Will we ever see the full documents about our respective cases? Will we even learn the names of those signing so-called legal orders against us in secret sealed documents? Certainly not in a timely manner and certainly not in a transparent, just manner.”

The 32-year-old, who has recently collaborated with Intercept co-founder Laura Poitras to report revelations about National Security Agency surveillance for German news magazine Der Spiegel, said he plans to remain in Germany “in exile, rather than returning to the U.S. to experience more harassment of a less than legal kind.”

“My presence in Berlin ensures that the cost of physically harassing me or politically harassing me is much higher than when I last lived on U.S. soil,” Appelbaum said. “This allows me to work as a journalist freely from daily U.S. government interference. It also ensures that any further attempts to continue this will be forced into the open through [a Mutual Legal Assistance Treaty] and other international processes. The German goverment is less likely to allow the FBI to behave in Germany as they do on U.S. soil.”

The Justice Department’s WikiLeaks investigaton is headed by prosecutors in the Eastern District of Virginia. Since 2010, the secretive probe has seen activists affiliated with WikiLeaks compelled to appear before a grand jury and the FBI attempting to infiltrate the group with an informant. Earlier this year, it was revealed that the government had obtained the contents of three core WikiLeaks staffers’ Gmail accounts as part of the investigation.

Google, the Justice Department, and the U.S. Attorneys Office had not responded to requests for comment on this story at time of publication.