A new billl that would ban private-sector bonuses to executives entering public service got a rousing endorsement on Friday from Sen. Elizabeth Warren, D-Mass., as she delivered a much-anticipated keynote address to the annual Netroots Nation convention. 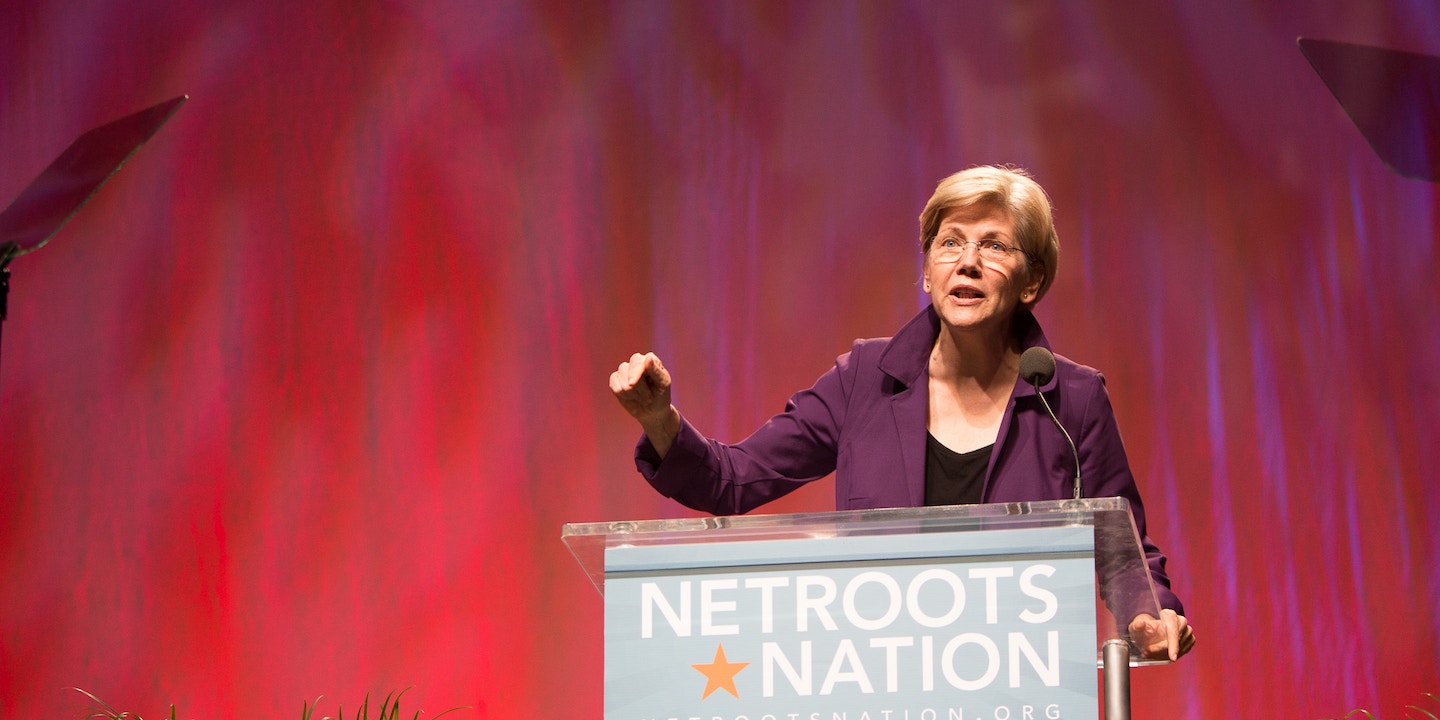 A new bill that would ban private-sector bonuses to executives entering public service got a rousing endorsement on Friday from Sen. Elizabeth Warren, D-Mass., as she delivered a much-anticipated keynote address to the annual Netroots Nation convention.

Warren not only praised the bill — “No more paying people off to remember their Wall Street friends while they run our government,” she said — she also issued what was widely seen as a challenge to Democratic presidential front-runner Hillary Clinton.

“It’s a bill any presidential candidate should be able to cheer for,” Warren told the gathering of progressives in Phoenix.

The bill was introduced on Wednesday by Sen. Tammy Baldwin, D-Wisc., and Rep. Elijah Cummings, D-Md. Titled the Financial Services Conflict of Interest Act, it would prohibit government employees from accepting bonuses from their former private sector employers for entering government service — a remarkably common practice in Washington.

The bill would also force officials to wait longer to lobby or accept jobs in private practice following their government service. Government workers would also be forced to recuse themselves from official decisions that would directly impact their former employers.

Warren is signed on as one of the original co-sponsors. “No more wink-and-a-nod working-in-the-public-interest while pocketing millions of dollars from your friends on Wall Street — the same friends who will welcome you back once your turn through the government is over,” she said.

Public Citizen’s Craig Holman wrote in a report about the new bill: “The problem of the revolving door, the movement of officials in a conflict of interest situation from government positions and into the same private sector they had previously regulated, is one of the most pernicious factors that erodes the public’s trust in American government,” Holman wrote.

Warren decried several high-profile examples of the revolving door, such as the fact that three of the last four treasury secretaries under Democratic presidents have “had close Citigroup ties.”

“Wall Street insiders have enough influence in Washington already without locking up one powerful job after another in the Executive Branch of our government,” Warren said. “Sure, private sector experience can be valuable — no one ever said otherwise — but there is a point at which the revolving door compromises public interest. And we are way beyond that point.”