To commemorate FBI Director Comey’s new warnings about ISIS, NBC News posted to the top of its news article a slick, scary, music-and-graphic-driven video using all of Hollywood’s horror film staples to provide the visceral kick.

During a discussion yesterday in Aspen with even-more-sycophantic-than-usual CNN anchor Wolf Blitzer, FBI Director James Comey somberly warned that ISIS now officially poses a bigger threat to the “U.S. homeland” than the one posed by former title-holder Al Qaeda — because, of course, the Latest Threat must always be the Greatest Threat. Comey also said that the previous bigger-than-Al-Qaeda contender, “The Khorasan Group,” has been “diminished” by “the work done by our great military” — because the War on Terror narrative requires that it must always be somehow simultaneously true that (1) the Terror Threat facing Americans is Greater Than Ever™ and (2) U.S. military actions against Terrorism are succeeding. 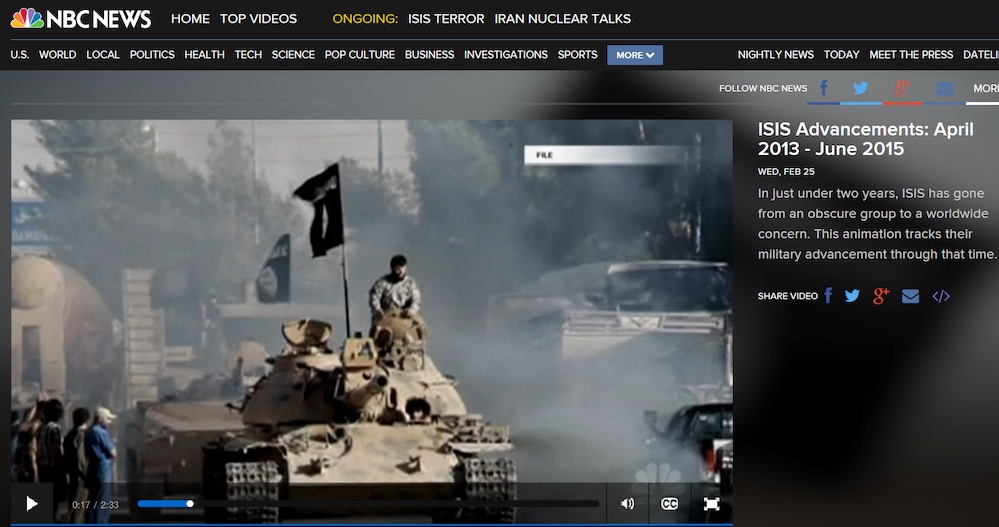 To commemorate this official FBI warning and to accompany the AP “news article” about Comey’s proclamation, NBC News posted a two-minute video, which . . . . well, which you have just have to see to believe. Watch it here: It’s very worth seeing. 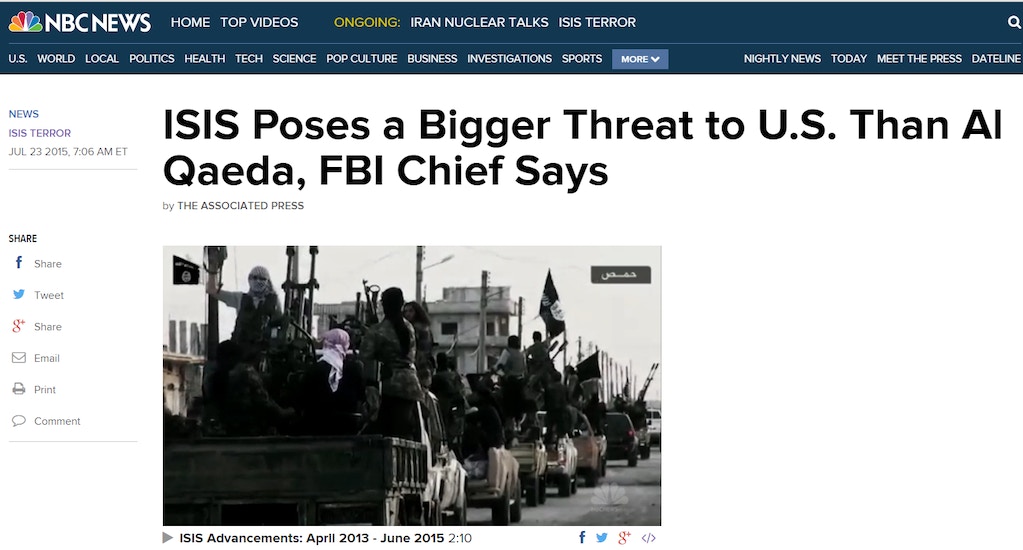 Think about what happened here: To dramatize ISIS as The New Greatest Threat to the Homeland, FBI Director Comey first summoned the TV-actor-who-plays-the-journalist-character-called-Wolf-Blitzer to Aspen, and then NBC News posted to the top of its news article a slick, scary, music-and-graphic-driven video using all of Hollywood’s horror film staples to provide the visceral kick (that video has now been replaced on the NBC page with a video of this morning’s Matt Lauer/TODAY show “breaking news!” segment hyping Comey’s warning). I’m really grateful that because Americans have a free press, we’re not subject to state propaganda the way people in those bad, unfortunate countries are.