Going Bankrupt Like Trump Did Is for High Rollers, Not Homeowners

If ordinary Americans in this country were allowed to do the same thing Trump’s companies did, the country would be in markedly better shape economically, with a far stronger post-recession recovery. 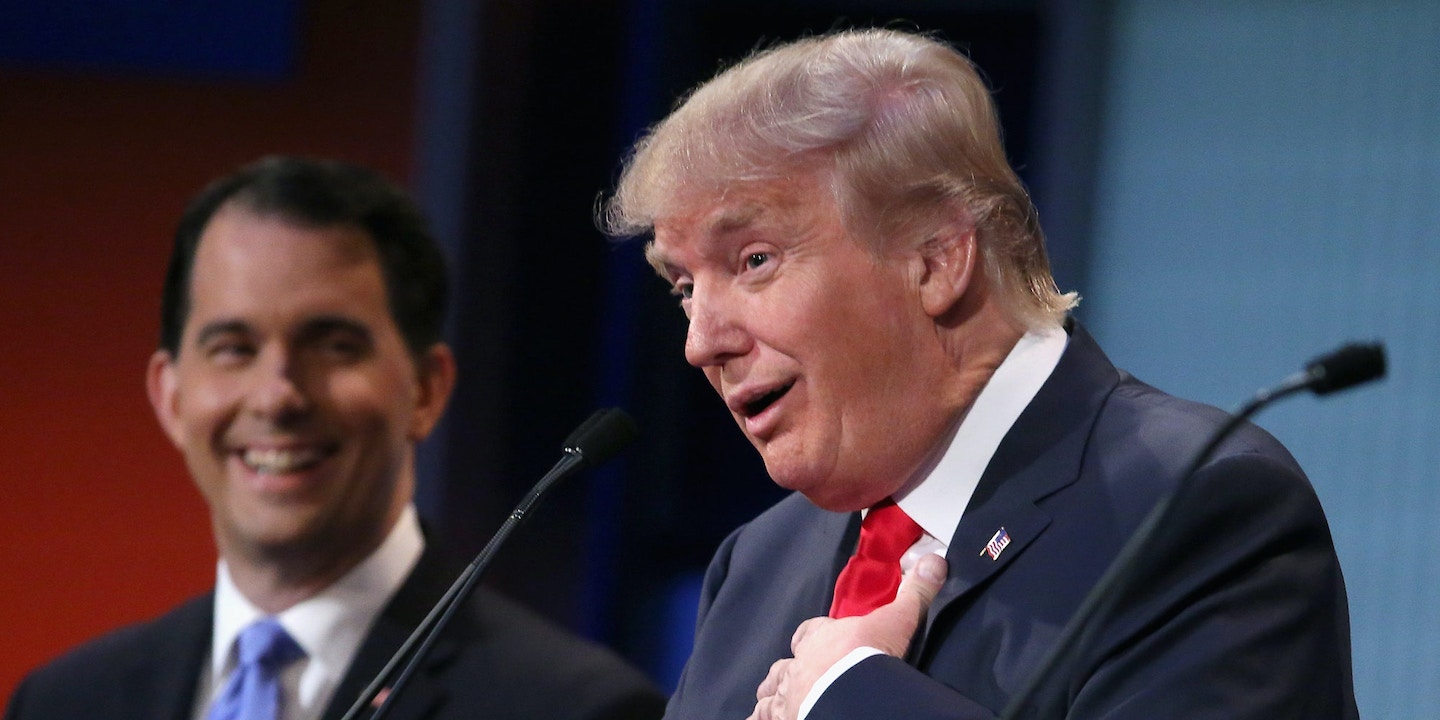 Donald Trump took advantage of the nation’s bankruptcy laws four times in the last 24 years, and if ordinary Americans in this country were allowed to do the same, the country would be in markedly better shape economically, with a far stronger post-recession recovery.

Asked during Thursday night’s Republican presidential debate whether his four corporate bankruptcies were a black mark on his economic stewardship, Trump sounded a bit defensive. “I have never gone bankrupt,” he said, making a distinction between a personal and a corporate bankruptcy, and anyway it was only four times among “thousands” of deals.

Trump is absolutely correct. Every lending contract in America has the potential for bankruptcy lurking in the background. Lenders — who as Trump said “aren’t babies” but “total killers” — are sophisticated enough to know about this option when they lend people money. In fact, they not only assume the risk of bankruptcy, but price it into the deal when they lend Donald Trump or anyone else money.

Morals do not enter into the equation. No lender thinks less of Donald Trump for the using the bankruptcy process. They simply take their losses and move on.

In fact, only one group gets hit with this stigma. Only one group of people in America are denied this fully legal, fully rational, fully American opportunity to wipe the slate clean, and decried as deadbeats for even thinking about it: The homeowner of a primary residence, who by law cannot get mortgage debt discharged in bankruptcy.

During the foreclosure crisis, banks and their allies savaged homeowners who “walked away” from mortgage debt. They equated defaulting on payments with failing the duties of citizenship. They warned of “strategic defaults” by conniving homeowners who would deliberately stiff lenders to get a loan modification.

In reality, the highest-profile strategic default of the foreclosure crisis came from the leaders of the Mortgage Bankers Association, a trade group for the lending industry, who walked away from their 10-story headquarters in Washington. Just a few months earlier, their spokesperson argued that borrowers had to keep paying. “What about the message they will send to their family and their kids and their friends” if they defaulted, the spokesman asked. Indeed.

The Tea Party, the very movement whose energy Trump has tapped into so successfully, was founded on the principle of not having to “subsidize the loser’s mortgages.”

Businesspeople defaulting on each other never raised this kind of ire: only if ordinary people wanted to allocate losses in the greatest crisis since the Depression onto the banks who caused it did the rage emerge.

When Congress made an effort to change the bankruptcy laws, these same banks howled in protest. Members of the Obama administration, despite expressing support for the idea of allowing judges to modify primary mortgages during the 2008 campaign, decided to sit on their hands and let senators drowning in bank cash kill the idea, leading Sen. Dick Durbin to pronounce about Congress that the banks “frankly own the place.”

In fact, everyone would have benefited from relieving primary mortgage debt, the absence of which led to at least 6 million foreclosures. Economists Amir Sufi and Atif Mian have shown how the post-recession recovery was markedly slower because of the failure to discharge debt, which depressed consumer spending. This huge policy mistake created an unnecessary drag on the economy and made miserable the lives of millions, all so banks didn’t have to bear some of the pain of the post-housing bubble fallout.

Millions of lives were ruined by that asymmetry. When politicians rigged the bankruptcy game against ordinary people and refused to change it, many Americans felt cheated and used. Many turned against politicians who sell hope and lead them only to misery. Many get lured into thinking a non-politician armed with bumper stickers and snake oil, like Donald Trump, offers a refreshing change of pace.

If politicians didn’t make one set of rules for real estate tycoons and another for people who were fraudulently sold homes they couldn’t afford, maybe the public would trust them more. Maybe they wouldn’t look anywhere and everywhere else for leadership.