It was a pretty good deal for defense contractors. 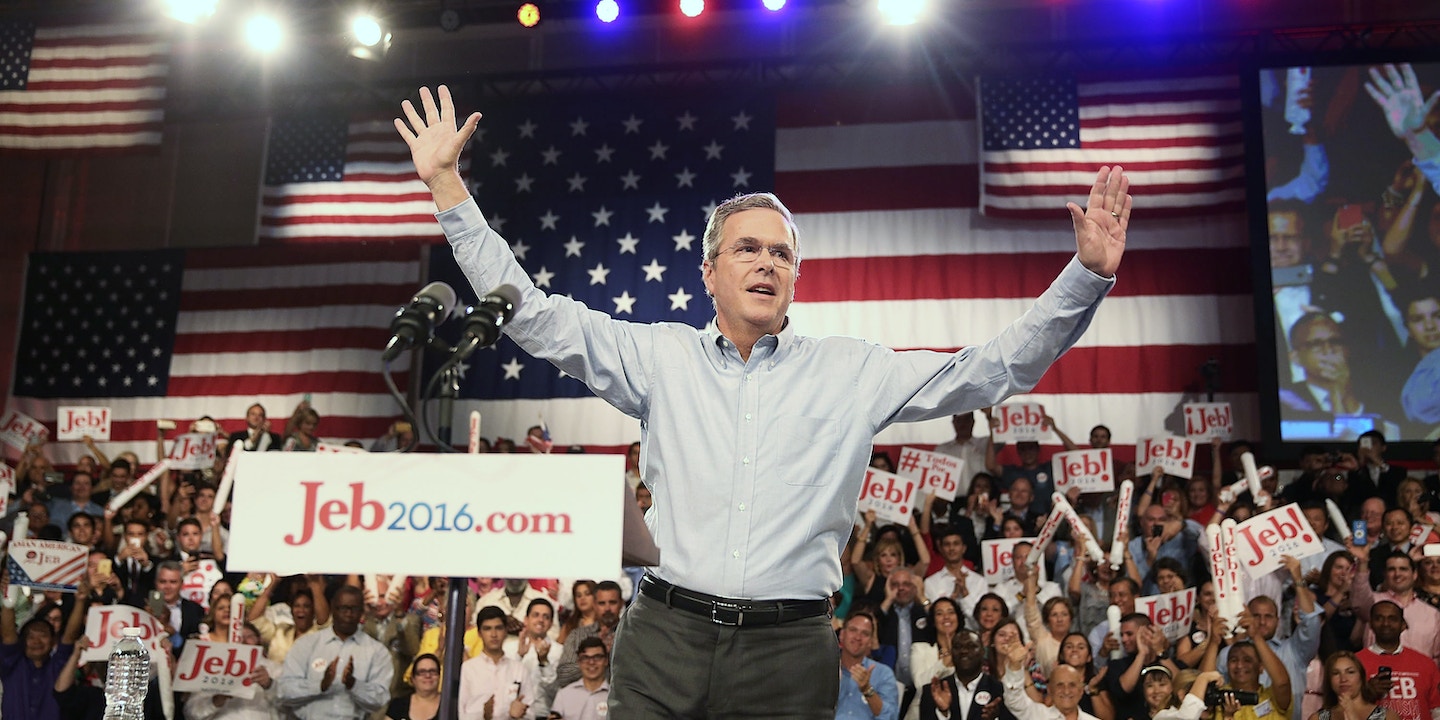 Bush was speaking at an event sponsored by Americans for Peace, Prosperity and Security (APPS), a group formed and backed by a number of people associated with major defense contractors.

Video of Bush’s remark was posted online by an attendee of the event:

According to journalist Alan He, Bush also criticized efforts to reform the National Security Agency’s dragnet metadata surveillance program, telling the audience that it was a “mistake to repeal the metadata provisions of the Patriot Act.”

As The Intercept previously reported, the APPS is advised by Raytheon’s Stephen Hadley, BAE Systems’ Rich Ashooh, former SAIC chief executive Walt Havenstein, among other defense contractors and defense industry lobbyists. APPS was formed earlier this year as a pressure group to “help elect a president who supports American engagement and a strong foreign policy.”

APPS, a 501(c)(3) nonprofit, does not disclose its donor information. The chairman of the group, former House Intelligence Committee Chairman Rep. Mike Rogers, R-Mich., a hawkish politician who has called for greater U.S. military involvement in a number of conflicts around the world, now works for a number of private interests, though he has refused to disclose them.

Costs associated with the war in Iraq, including medical treatment for war veterans, could grow to more than $6 trillion over the next decade, according to a study by the Watson Institute for International Studies at Brown University. The war killed at least 134,000 Iraqi civillians, as well as nearly 8,000 U.S. forces and contractors, according to the study.

The period following 9/11, including the war in Iraq, has been a boon for the defense contracting industry. From 2001 through 2010, the stock prices of major defense firms surged 67 percent as the U.S. increased defense spending to manage the wars in Iraq and Afghanistan, as well new homeland security spending.