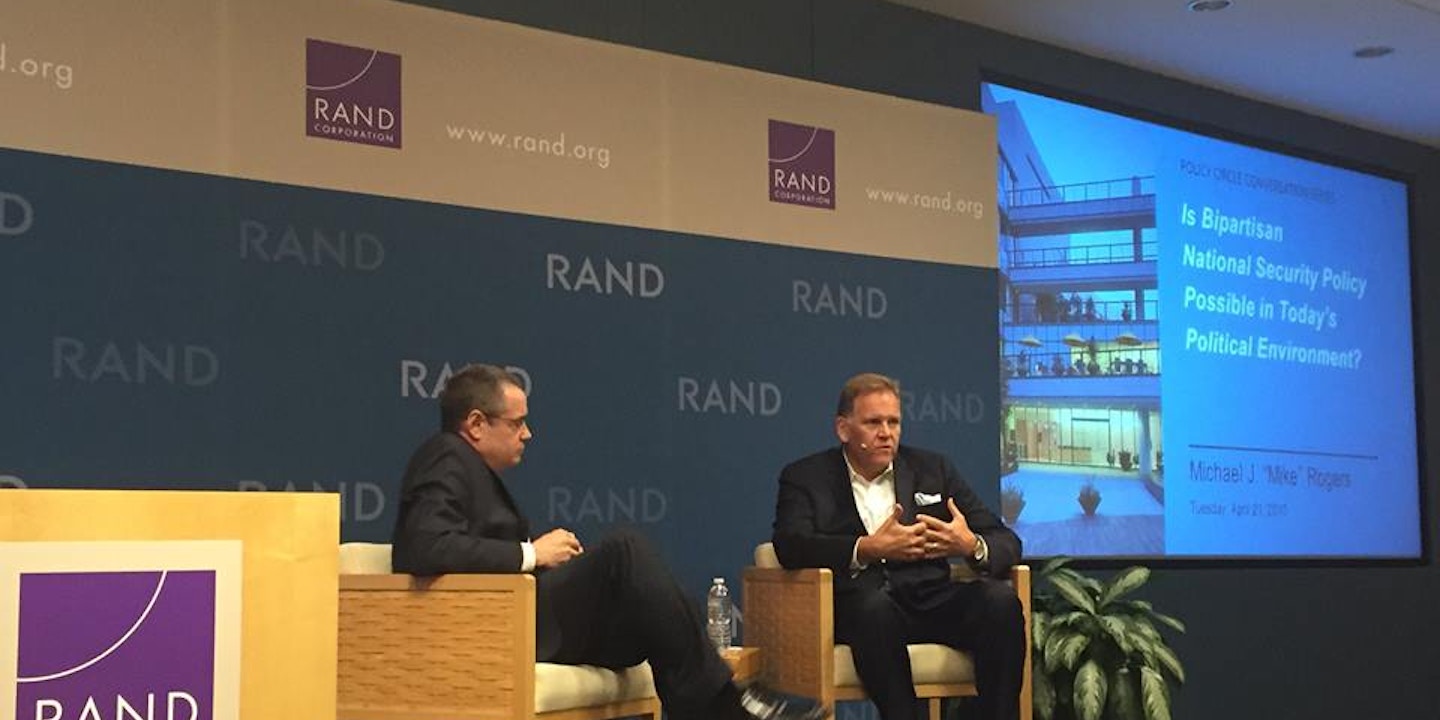 Americans for Peace, Prosperity and Security — a new group led by former government officials with ties to the military contractors — is expanding into South Carolina as the organization seeks to press presidential candidates to adopt more hawkish positions.

As we reported earlier this month, APPS was launched this year to encourage candidates to embrace “American engagement” abroad on a range of issues the group presents as dangerous threats to national security. The group is led by former Rep. Mike Rogers, R-Mich., who served as chair of the House Intelligence Committee. Many of the people on its board work for major military and homeland security corporations.

On Wednesday, APPS announced a new chapter in South Carolina and its intent to sponsor a candidate forum next month.

Jonathan Hoffman, a former border security official in the George W. Bush administration, will serve as the executive director of the South Carolina chapter. Hoffman previously ran for Congress and worked as a consultant to the Chertoff Group, the homeland security-focused consulting firm founded by former Secretary of Homeland Security Michael Chertoff.

The South Carolina chapter will be advised by a local board that includes former Rep. Sue Myrick, R-N.C., now an adviser to a lobbying group representing the shoe industry and Van D. Hipp Jr., the chair of a lobbying firm that represents drone-maker General Atomics as well as General Dynamics, L-3 Communications, Northrop Grumman, Leidos and Raytheon.

The group continues to expand. On Wednesday afternoon in Des Moines, Iowa, former Gov. Rick Perry, R-Tex., who is mulling a presidential bid, appeared at an APPS-hosted event.