Hillary Clinton Gets Concrete on Money in Politics, Calls for Matching Public Funds 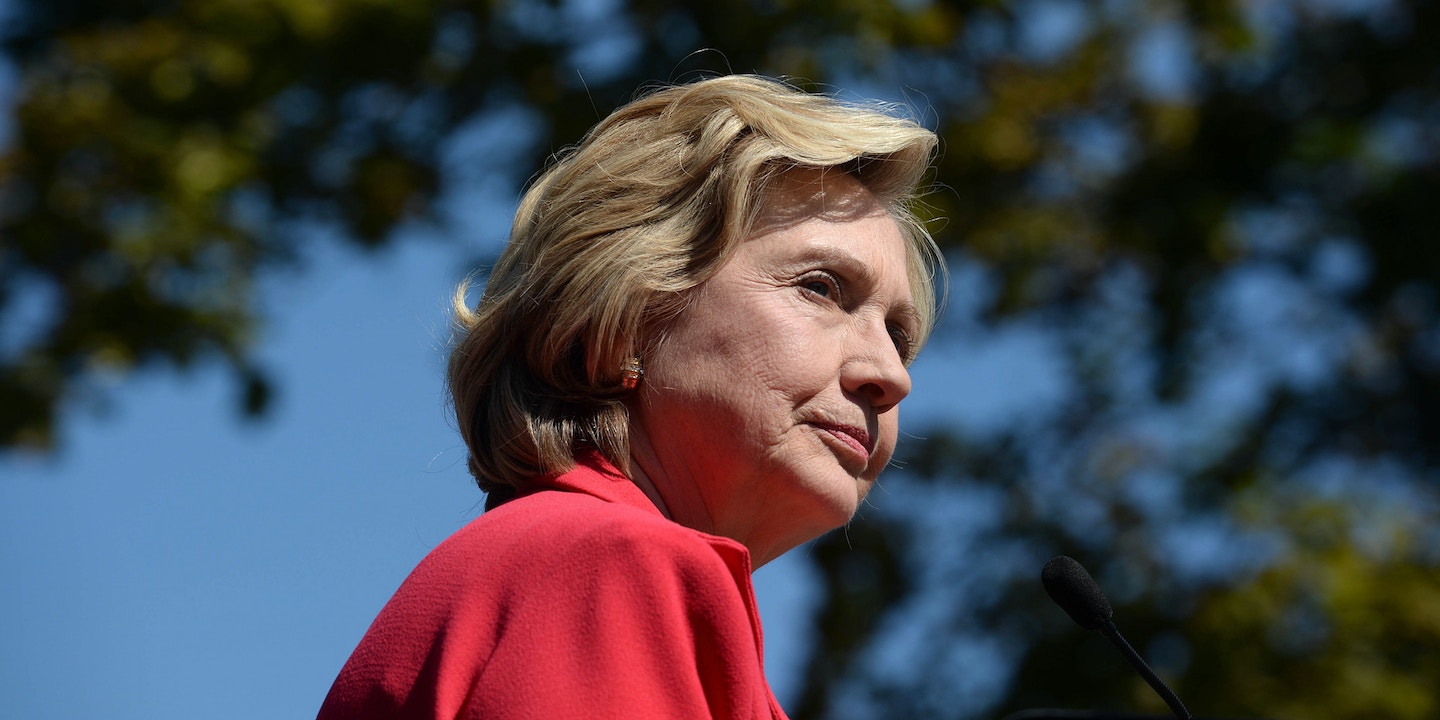 While it’s true that her words alone don’t mean much — Democrats have been talking about their heartfelt desire to reform campaign financing for 40 years — they do mean something, which is that regular people have pushed the issue onto the national political agenda and forced the Democrats’ leading presidential candidate to go on record with a serious proposal. In fact, most of Clinton’s proposals appear to come directly from “Fighting Big Money, Empowering People,” an agenda released in July by 12 major U.S. public interest organizations.

The most significant part of Clinton’s plan is her explicit call for the federal government to “establish a small donor matching system for presidential and congressional candidates.” With such a system, if someone donates $25 to a politician, the matching system would kick in some multiple of that to — as Clinton’s proposal puts it — “increase the role and influence of everyday Americans who cannot write large checks.”

Clinton does not specify what that multiple should be, but her plan is clearly modeled after the Government by the People Act, written by Rep. John Sarbanes, D-Md., and co-sponsored by most congressional Democrats. The Government by the People Act would provide a match in public funds equal to six or even nine times the original small donation, so that the $25 from a citizen would turn into $175 or $250 for the candidate. (You can read more about the act here, as well as an interview with Sarbanes here and here.) In one aspect Clinton’s proposal improves on Sarbanes’ plan: It would provide matching funds not just for congressional candidates but presidential ones as well.

The Government by the People Act itself is largely modeled after the public funding mechanism for elections in New York City, which has significantly increased the diversity of campaign donors in the city, and may have played a role in the election of Mayor Bill de Blasio — the most progressive New York mayor in decades.

In addition to amplifying the voice of smaller donors, Clinton’s plan includes proposals to restrict the impact of big money and increase transparency. She pledges only to appoint Supreme Court justices who would overturn Citizens United, and to sign an executive order forcing federal government contractors to disclose their political spending. (Barack Obama has feinted toward doing this but to date has not followed through.)

“This is very solid plan, I’m impressed by the ground it covered and the clarity with which it covered it,” said David Donnelly, president of the campaign finance reform organization Every Voice. “What we need now is for candidates to put skin in the game and campaign on this and make it a priority. We should praise the candidates for where they stand and encourage them to go further, not in terms of policies, but in terms of commitment.”