Tariq Ba Odah has been held at Guantánamo since 2002. He has never been charged with a crime. He began a peaceful hunger strike in 2007, and in 2009 he was cleared for release — as soon as Yemen became more stable or the government could find someplace else for him to go. 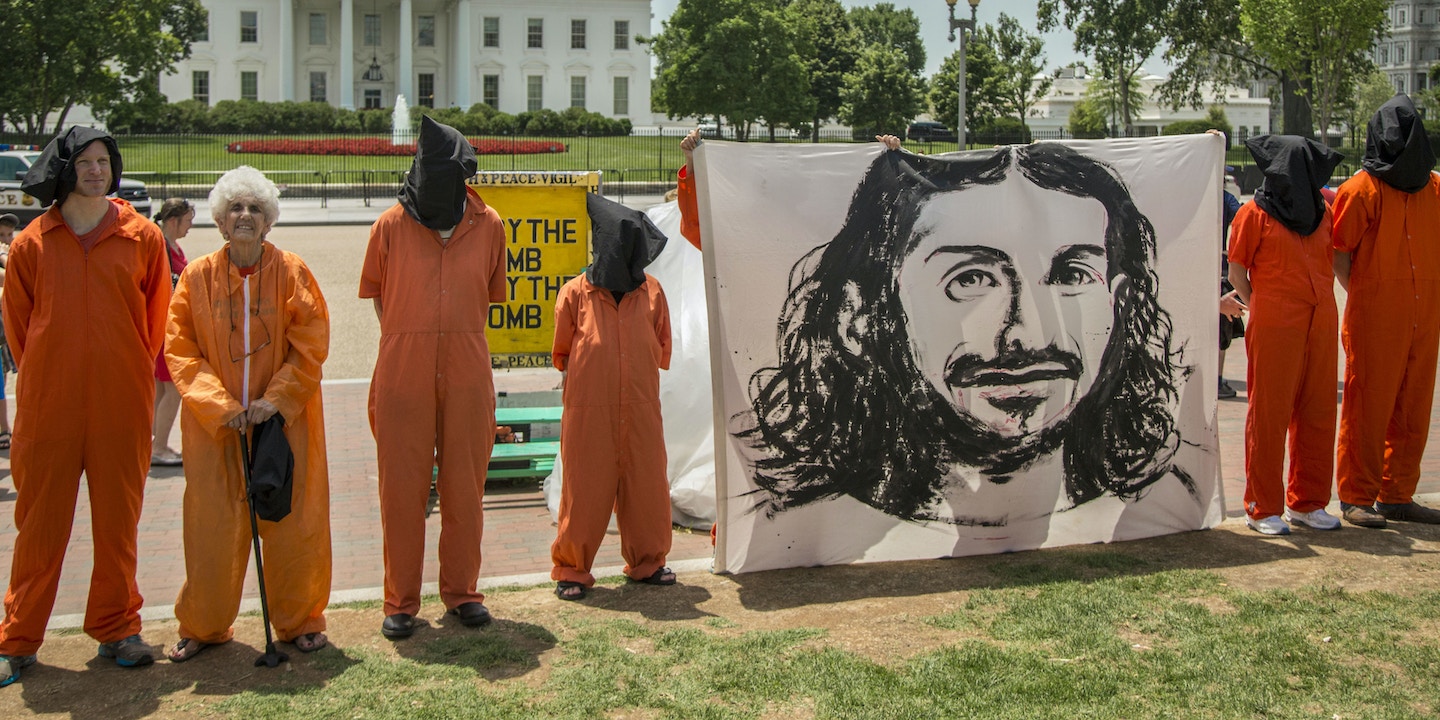 The government is skirting the Geneva Conventions and other international human rights standards by refusing to immediately release Tariq Ba Odah, a Yemeni Guantánamo detainee suffering from severe malnutrition and deterioration following an eight-year hunger strike, the Center for Constitutional Rights argued in a legal brief filed on Friday.

Ba Odah has been held at Guantánamo since 2002. He has never been charged with a crime. He began a peaceful hunger strike in 2007, and in 2009 he was cleared for release — as soon as Yemen became more stable or the government could find someplace else for him to go.

He is still waiting, now down to 74 pounds — a “chronic, life-threatening and potentially irreversible” condition, according to his lawyers.

Ba Odah’s petition to be released due to his failing and irreversible health condition revolves around two statutes: Article 110 of the Third Geneva Convention, and Section 3-12 of Army Regulations 190-8. The Geneva Convention mandates that prisoners of war be repatriated to their own country if their physical or mental condition is “gravely diminished” and is not likely to recover in one year. The Army regulations clause controls the repatriation of sick or wounded enemy prisoners of war, requiring a neutral doctor and direct repatriation in cases of serious injury or illness.

In an August memorandum, the government argued that the Army regulations do not apply, because Ba Odah is not a prisoner of war, and because his failing health is self-inflicted. But it did not address whether Ba Odah should qualify for medical repatriation under the Geneva Conventions, arguing instead that the court has no power to decide whether or not they do apply.

“When it comes to the most important legal question in the case, the brief is strangely silent,” writes Marty Lederman, a professor at Georgetown Law, in a blog post about the case.

Caption: Members of Witness Against Torture hold a banner of Tariq Ba Odah during a vigil outside the White House in June 2015.