After being released from Guantánamo, Younous Chekkouri was detained by Moroccan authorities and may face terrorism-related charges. 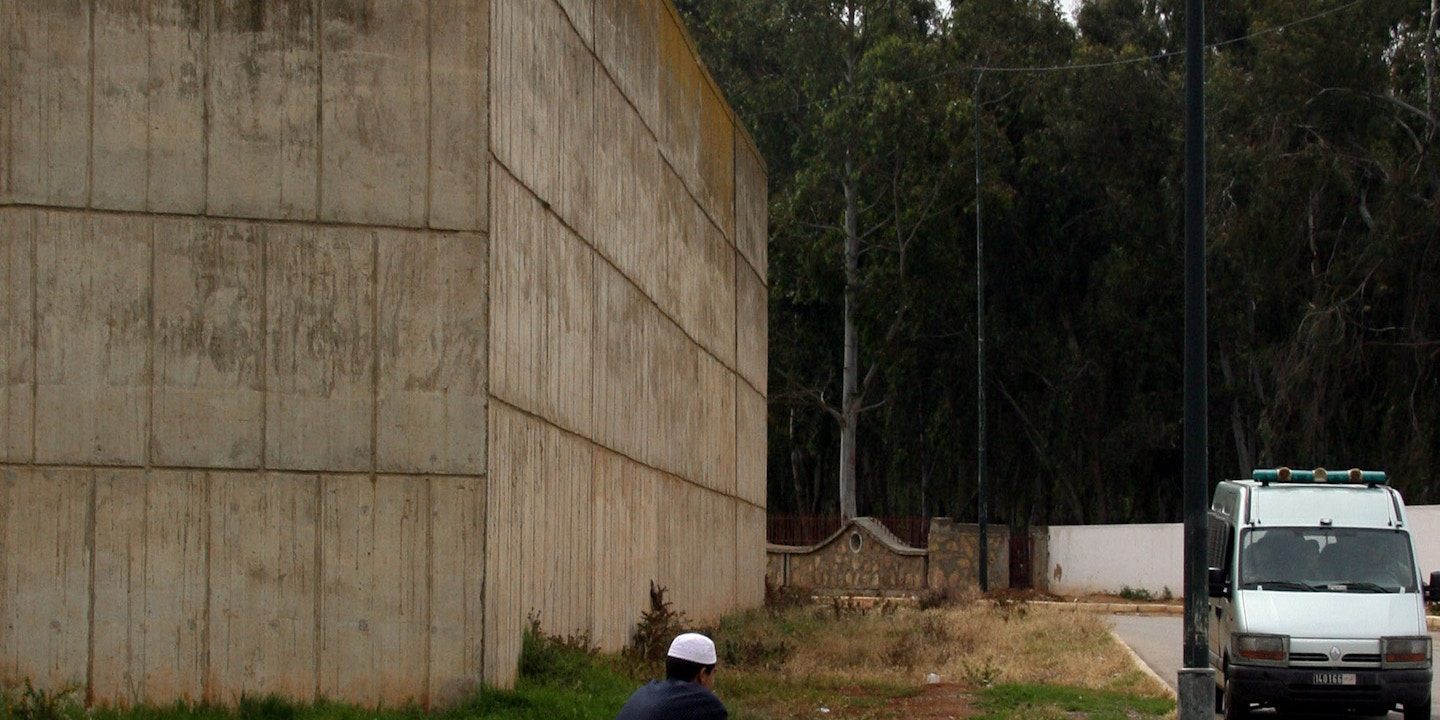 Two more prisoners have left Guantánamo Bay in the last week, a sign of the Obama administration’s piecemeal efforts to empty the prison before the end of his presidency.

But one of those men, a 47-year-old named Younous Chekkouri, has not received a warm welcome in his native Morocco. On arrival he was detained by Moroccan authorities and now may face terrorism-related charges. Last night, Chekkouri’s lawyers learned he had been moved to Salé prison, a facility that has been singled out by human rights groups for torture of detainees.

Chekkouri was rounded up by Pakistani forces at the end of 2001 and soon sent to Guantánamo. Although the U.S. government claimed that he had been part of a group of foreign fighters, not a charity group as he maintains, he was never charged with a crime.

In federal habeas corpus proceedings, the government ended up withdrawing many of its claims against Chekkouri, and in 2010, an interagency review recommended him for transfer out of Guantánamo. But much of the material from the habeas proceedings is still secret, under seal in the District Court in Washington D.C.

Cori Crider, Chekkouri’s attorney from the human rights group Reprieve, says that those court filings contain information that would help prove his innocence.

“What my client is now potentially facing is some kind of Groundhog Day from hell,” said Crider. “He faces a ‘trial’ in Morocco on the basis of the selfsame allegations that, when tested in federal court in his Gitmo habeas case, collapsed.”

Reprieve began asking the U.S. government to declassify files from the habeas case in 2009, and in 2011, presented a “priority list” of 13 documents for declassification. In the nearly four years since, the government has released only one of the requested files.

In an emergency motion filed today, Reprieve asked the federal district court to order the government to immediately release three pleadings and produce another seven by October 1. The Justice Department did not respond to a request for comment on the motion.

Thirteen other Guantánamo detainees have been sent to Morocco, and many of them went to trial. In 2008, Said Boujandia was sentenced to 10 years on terror charges after being repatriated by the United States.

Morocco’s prisons are notorious for torture and extracting confessions through abuse. The CIA had a black-site prison in the country, and sent detainees to Moroccan authorities for interrogations.

The State Department’s 2014 report on human rights in Morocco noted that “numerous credible accounts of cruel, inhuman, or degrading treatment of prisoners and detainees … confirmed the existence of ‘a pattern of torture and mistreatment.’” Asked what assurances the State Department had that Chekkouri would receive fair treatment when transferred, a department spokesperson said they would not comment on diplomatic negotiations and referred questions to the Moroccan government. The Moroccan embassy in Washington D.C., was closed for the Muslim holiday and could not be reached for comment.

Chekkouri’s international lawyers, from Reprieve, have not been able to speak with him. He was allowed brief visits with his brother and local lawyer, but no one has had contact with him since he was transferred to Salé yesterday, Crider said.

“The United States has the ability to get him home to his family if they put their backs into the diplomacy now — after stealing 14 years of Younous’ life, that is the least they owe him,” said Crider.