Joe Biden in 1974 on Begging for Contributions: “The Most Degrading Thing in the World”

On campaign finance reform, the evidence suggests the vice president means what he’s been saying for 41 years. 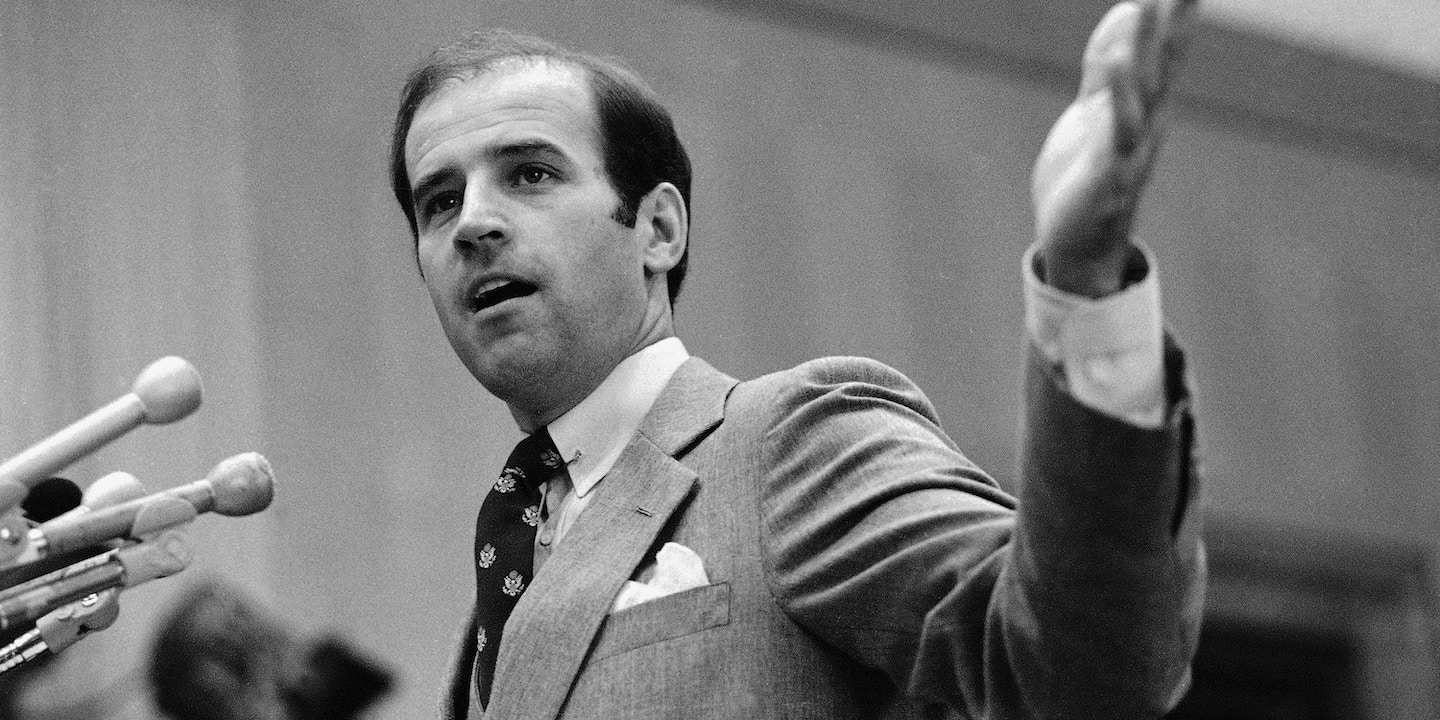 The Washingtonian has just posted online an extensive profile of Joe Biden that it originally published in 1974. It largely focuses on his tremendously sad personal circumstances; he was first elected to the Senate in 1972, and weeks before he was sworn in his wife and daughter were killed in a car crash.

But it also includes Biden discussing the start of an underappreciated part of his political career: his decadeslong effort to rein in the power of money in politics. In the profile, author Kitty Kelley writes:

The Senator shows a healthy respect for money: “Politics is a damn expensive business. I had one hell of a time trying to raise money as a candidate. I had to put a second mortgage on our house to get that campaign started, and I ended up spending over $300,000 to get elected. I believe that public financing of federal election campaigns is the only thing that will insure good candidates and save the two-party system. It is the most degrading thing in the world to go out with your hat in your hand and beg for money, but that’s what you have to do if you haven’t got your own resources.”

He feels the indignity is compounded by the temptation to sell out to big business or big labor for financial help, and says it’s almost impossible for a candidate to remain true to his conscience in this situation. He admits that more than once he was tempted to compromise to get campaign money. “I probably would have if it hadn’t been for the ramrod character of my Scotch Presbyterian wife,” he says. “I am not a rich man. And my family does not have money. If I sold every thing I own, including my house and cars, I could probably’ scratch up $200,000, but that’s nothing compared to most of the guys in the Senate.”

This was not simply lip service on Biden’s part. He went on to spend a great deal of time and energy during his 36 years in the Senate pushing various forms of campaign finance reform, though largely without success. (He also remains comparatively impoverished for a big-time U.S. politician, with a recent estimated net worth of $543,000.)

In a 2001 Senate debate, Biden provided a useful thumbnail summary of the history of reform efforts since the 1970s, including what he’d personally done, and declared: “Either all of America decides who runs for office, or only a few people. It’s as simple as that.”

Biden began by voting for 1974’s post-Watergate campaign finance reforms, which established public funding for presidential campaigns and limited contributions to and expenditures by all candidates for federal office. In 1977, he introduced legislation to prohibit a practice so brazenly, blatantly corrupt — letting politicians who lost or retired simply pocket any leftover campaign money — that it’s hard to believe that it was ever legal. (Ed Jones, a one-time Democratic representative from Tennessee, explained that he was keeping $140,010 on retirement because “It’s not the Government’s money, it’s the candidate’s friends’ money. … People give you that money for the purpose of getting re-elected or whatever you do with it.” The last remaining loopholes in this area were finally closed in 1989 with the Ethics Reform Act.)

Most notably, in the early 1990s Biden worked with John Kerry and Bill Bradley, then senators from Massachusetts and New Jersey, respectively, to create a system of public funding for congressional elections similar to the one for presidential candidates. Biden was also one of four Senate co-sponsors of the Clean Money, Clean Elections Act in 1997.

Biden just this year said he would like to “get private money out of the political process” and  noted that even without any new laws, Democrat candidates could agree in party primaries to limit the size of donations they accept. If Biden runs for president, of course, he would have to decide whether to push to make this happen.

So while there are more than ample grounds to suspect Biden’s motives on most issues, on campaign finance reform the evidence suggests he does — at least by the standards of today’s politicians — mean what he says.