Fifty organizations — including Twitter, the ACLU, and Reddit — succeeded in getting over 100,000 signatures on a White House petition on Tuesday. 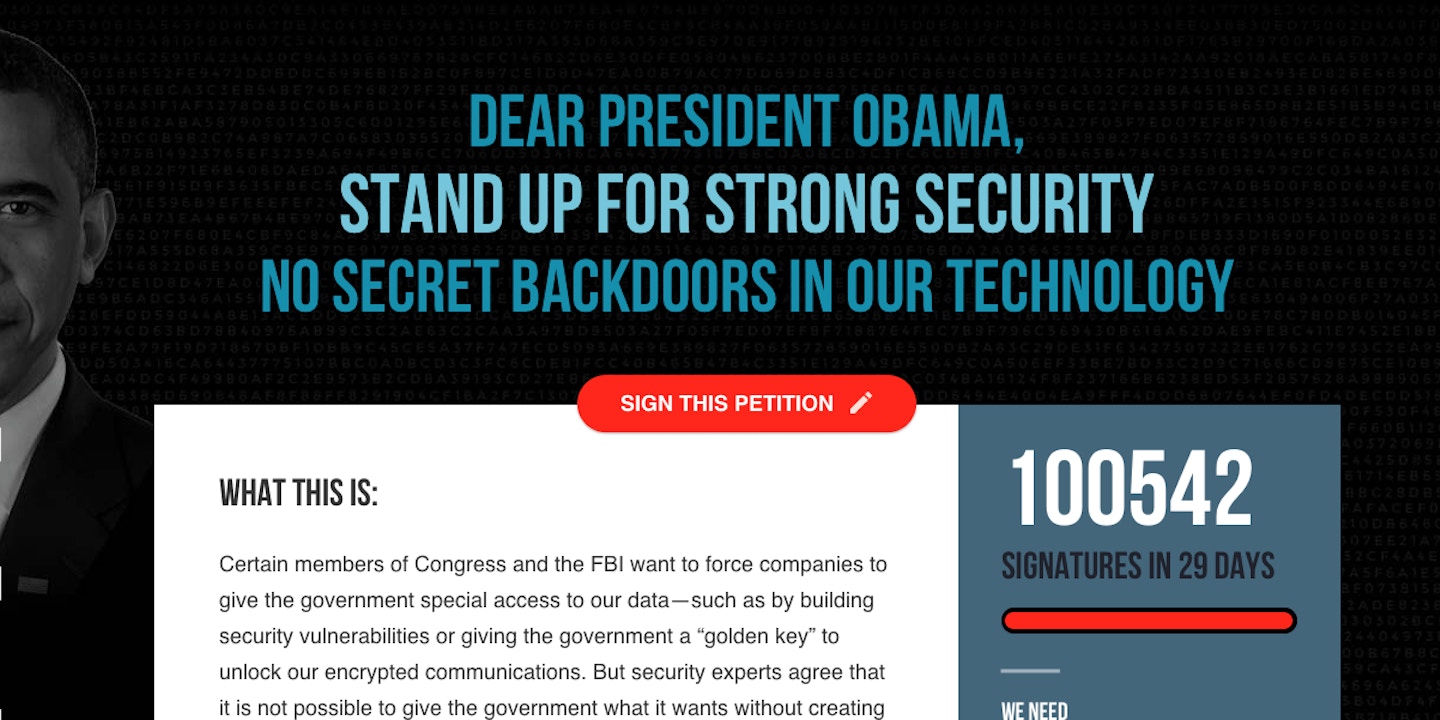