President Obama has authorized the deployment of a small contingent of elite U.S. troops to northern Syria as part of the campaign against the Islamic State. The deployment of forces represents a clear escalation of the conflict. 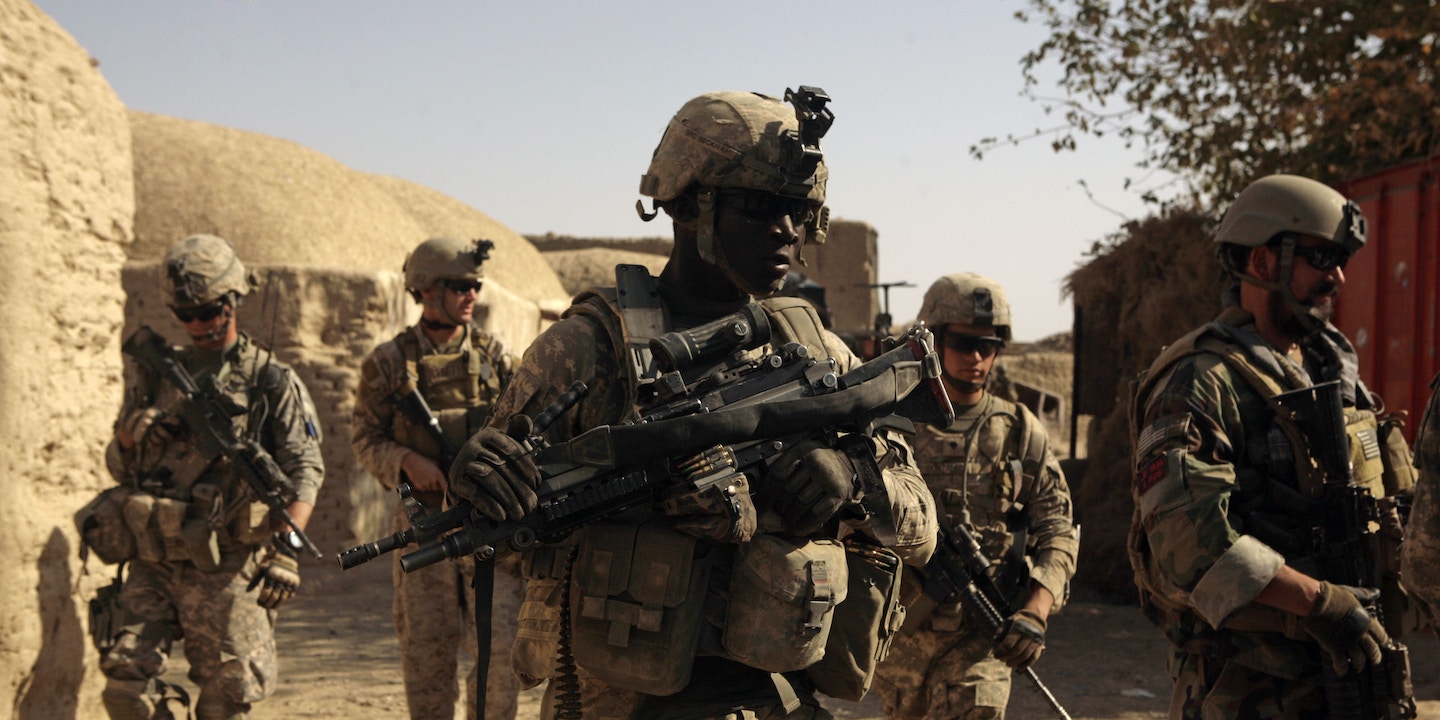 PRESIDENT OBAMA HAS AUTHORIZED the deployment of a small contingent of elite U.S. troops to northern Syria as part of the campaign against the Islamic State, also known as ISIL, a senior administration official tells The Intercept.

While portrayed by the administration as an intensification of the current strategy and enhancing “efforts that are already working,” the deployment of forces represents a clear escalation of the conflict for the president who has previously said, “I will not put American boots on the ground in Syria.”

The use of special operations forces is increasingly seen as a preferable alternative to heavy-footprint, large-scale military missions and occupations of the sort carried out in Afghanistan and Iraq.

The contingent, comprised of fewer than 50 members of the special operations forces, will be sent to Kurdish-controlled territory “where they will help coordinate local ground forces and Coalition efforts to counter ISIL.” The deployment in Syria may represent a broader effort to increase the use of elite U.S. troops in the war on the Islamic State. According to the administration official, the president also authorized consultation “with [Iraqi] Prime Minister [Haider] Abadi and the Iraqi Government on the establishment of a Special Operations Force (SOF) task force to further enhance our ability to target ISIL leaders and networks.”

The special operations deployment to Syria comes at a time of expanding use of America’s most elite forces all around the world. In the fiscal year that just ended, U.S. special operations forces — Army Green Berets and Navy SEALs, among others — deployed to a record-shattering 147 countries, according to Special Operations Command (SOCOM) spokesperson Ken McGraw. That number translated into a SOF presence in 75 percent of the nations on the planet and a jump of 145 percent since the waning days of the Bush administration. On any day of the year, America’s most elite troops can be found in 70 to 90 countries.

Previously, U.S. special operations efforts in Syria have been brief, targeted missions, such as a night raid in May in which members of the Army’s Delta Force killed an Islamic State commander known as Abu Sayyaf.

In July, SOCOM Commander Gen. Joseph Votel told the Aspen Security Forum that his troops were not “doing anything on the ground in Syria.” Despite that claim, special operations forces had carried out the Abu Sayyaf night raid there a couple of months before and the Washington Post recently revealed that they are involved in a secret campaign of drone strikes in that country.

SOCOM did not respond to a request for clarification if Syria was counted among the 147 countries that saw SOF missions in 2015.

In addition to the new special operations deployment, President Obama also authorized enhancing assistance to neighboring Jordan and Lebanon and deploying A-10 and F-15 attack aircraft to Incirlik air base in Turkey to combat Islamic State forces.

The administration is taking pains, however, to downplay the ultimate significance of the enhanced military mission. “ISIL is a determined enemy,” the senior official said in an email. “And we will not defeat ISIL by military means alone.”