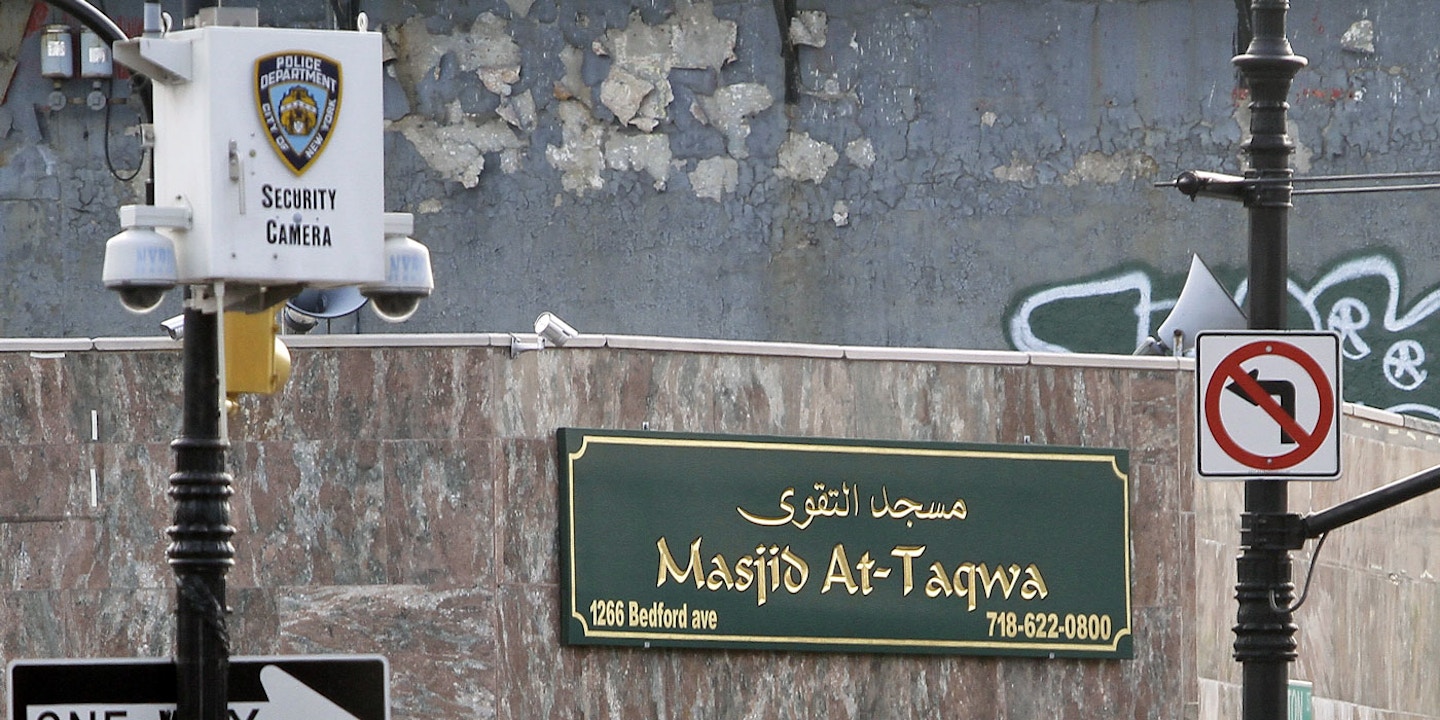 An October “community focus group” was billed by the FBI as an opportunity for Muslim and Arab leaders to “review” and provide “constructive feedback” on the bureau’s new web-based “game” designed to help ordinary young people identify extremists.

But many of the largest and most influential Muslim-American activist groups weren’t invited.

The website — a “choose your own adventure”-style campaign aimed at young people called “Don’t Be a Puppet” — is full of quiz questions, graphics, and information. As first reported by the New York Times, each correct answer snips a tether attached to an animated puppet figure, until it is completely free and you’ve won.

Muslim, Sikh, and Yemeni leaders who were invited to weigh in, some of whom spoke to the Times shortly before the website’s expected release date, generally felt that it disproportionately focused on Islamic extremism rather than other forms of radicalism present in American society. They also worried it would inspire bullying and racism in schools.

The website’s release was delayed, but the FBI never responded to their requests to have another meeting to address those concerns, nor did it expand its focus group to hear from a broader base of community leaders.

“We were not present at the program’s preview,” Corey Saylor, a director at the Council on American-Islamic Relations (CAIR), wrote in an email to The Intercept. “The largest Muslim civil liberties and advocacy organization … and the FBI elects to exclude us.”

Edgar Hopida, the communications director for the Islamic Society of North America — the second-highest-ranked group on the list — told The Intercept he thought it was “odd … to have a program” like the counter-extremism site “when you don’t invite the big stakeholders” to weigh in. He said that “we would’ve had the same concerns” as other groups who were in attendance.

Representatives from the Muslim American Society in Washingon, D.C., the Mosque Cares organization (the Imam Warith Deen Mohammed Group), and the Islamic Circle of North America also confirmed that no one in their organization had been invited to attend. The national headquarters of the Muslim American Society did not respond to repeated requests for comment, but people who did attend the meeting did not mention its members being present.

Then again, it’s not clear their presence would have made a difference. “My experience with such events, and the details I have heard from this one, appear to be in line with this experience, that it is a box-checking activity so it can be said community groups were ‘consulted,’” Saylor wrote to The Intercept. “The reality is such groups are usually given only a taste and no real forum for partnership.”

The Muslim Public Affairs Council (MPAC) was the only group on the Gallup survey’s list to attend.

MPAC has a reputation for being friendlier than other Islamic groups to the Obama administration’s effort to “counter violent extremism.”

And CAIR has a reputation for being the most confrontational.

The White House hosted a three-day summit on countering violent extremism in February, and has been planning new approaches including “community-led intervention,” many of which have been widely criticized by Muslim community groups because of the way they could turn their own towns into “mini-surveillance states” or police states.

Margari Aziza Hill, co-founder of the Muslim Anti-Racism Collaborative, wrote on the Islamic Monthly site that “the debate surrounding the Countering Violent Extremism Summit reflects schisms in the Muslim community.”

“The CVE as a framework for government engagement,” she wrote, pointing to MPAC as a supporter of the program, “is causing further fragmentation within the American Muslim community along racial, class, and ideological lines.”

Hill likened the current CVE efforts to the FBI’s widely criticized program nicknamed COINTELPRO — which involved targeting, surveilling, and discrediting civil rights leaders like Dr. Martin Luther King and began in the 1950s under orders from then-FBI Director J. Edgar Hoover. “With this historical knowledge then, many in the Muslim community have good reasons for looking at CVE programs not as partnerships between government and Muslim communities, but mechanisms of control. For them, CVE can be considered as consensual COINTELPRO,” she wrote.

If the FBI was hoping for a friendly audience in October that might support CVE, the bureau didn’t get it.

Hoda Hawa, director of policy and advocacy for MPAC, said she didn’t like what she saw. “The site itself was not exclusively tailored to countering ‘Muslim extremism,’” Hawa told The Intercept. “But it was disproportionately focused.”

She said the website included a “map of the world, of places where there were terrorist attacks,” and “most were attacks by people who were ‘Muslim extremists.’” Hawa said the fact that “Dylann Roof wasn’t on there” was telling.

Indeed, how the Charleston church shooting is identified — as terrorism, or not — has become something of a litmus test, distinguishing between those who use the word terrorism to describe any act of violence based on political grievances, and those who apply it only to violence committed by Muslims.

FBI Director James Comey was pilloried by the media, lawyers, and activists for disputing that the mass shooting in South Carolina was an act of “terrorism,” even going so far as to say he didn’t see the murders — of nine black churchgoers allegedly at the hands of a young man whose manifesto showed him to be a white supremacist obsessed with Hitler, the Trayvon Martin case, and the Confederate flag — as “political.”

Abed Ayoub, legal and policy director for the American-Arab Anti-Discrimination Committee, told The Intercept that the FBI explained Roof’s absence on the map as missing because it’s part of an “ongoing investigation” — though the Justice Department has already charged him with murder, attempted murder, and use of a firearm all in the commission of a hate crime.

Ayoub noted that the map did include the Oklahoma City bombing, an attack committed by Timothy McVeigh, who maintained connections to white supremacist groups, but Ayoub also said he thought the website as a whole was flawed and improperly focused on Muslim-Americans.

“The website as a whole was poorly done,” he told The Intercept. “It’s outside the mission of the FBI … and would stigmatize students.”

Hawa said she is convinced that the game will have “negative consequences” in schools, such as increased bullying and targeting of specific students on account of their backgrounds.

“Teachers and students are emboldened to act like police officers” by playing the game and identifying behaviors linked to “violent extremism,” said Arjun Sethi, an adjunct law professor at Georgetown and director of law and policy for the Sikh Coalition, which was also consulted for the game. “It’s not clear that the FBI understands that.”