Four ex-pilots say the program and its many abuses contribute to the spread of terrorism. 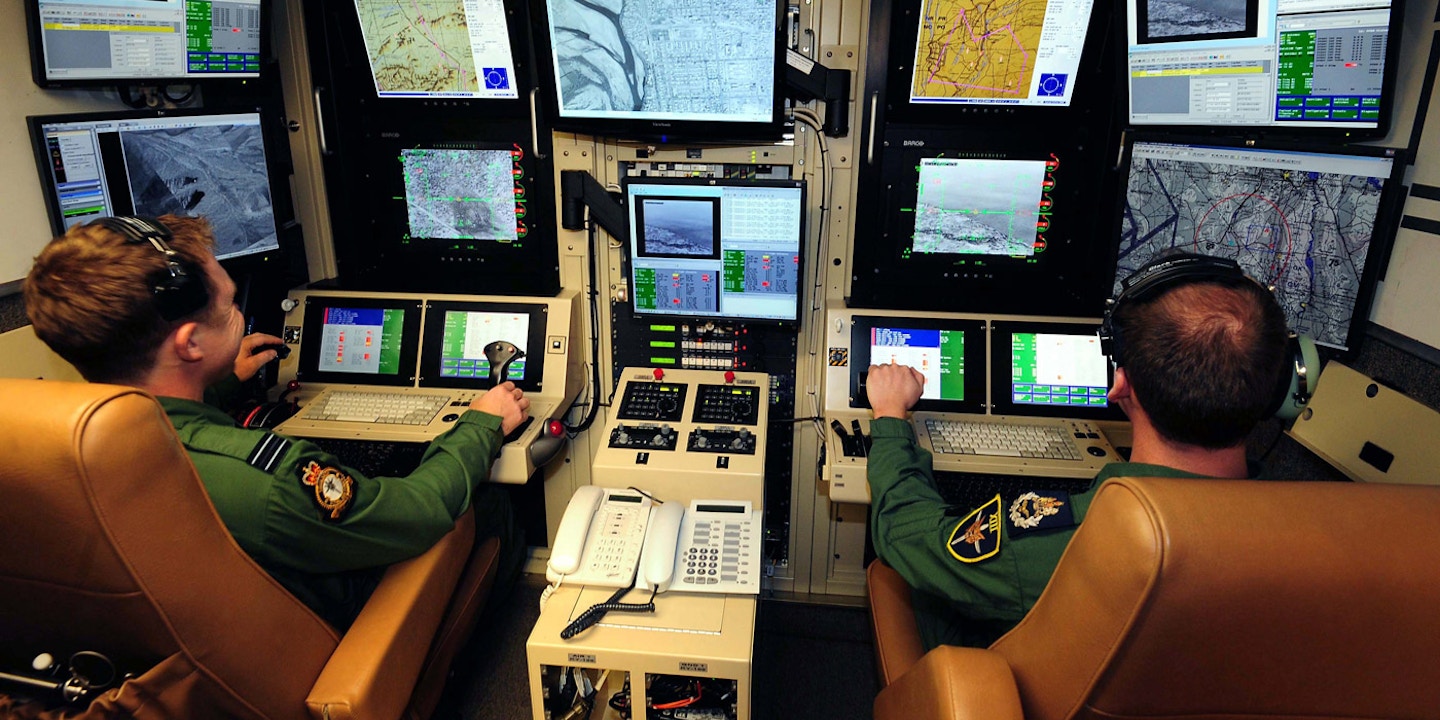 U.S. DRONE OPERATORS are inflicting heavy civilian casualties and have developed an institutional culture callous to the death of children and other innocents, four former operators said at a press briefing today in New York.

The killings, part of the Obama administration’s targeted assassination program, are aiding terrorist recruitment and thus undermining the program’s goal of eliminating such fighters, the veterans added. Drone operators refer to children as “fun-size terrorists” and liken killing them to “cutting the grass before it grows too long,” said one of the operators, Michael Haas, a former senior airman in the Air Force. Haas also described widespread drug and alcohol abuse, further stating that some operators had flown missions while impaired.

In addition to Haas, the operators are former Air Force Staff Sgt. Brandon Bryant along with former senior airmen Cian Westmoreland and Stephen Lewis. The men have conducted kill missions in many of the major theaters of the post-9/11 war on terror, including Iraq, Afghanistan and Pakistan.

“We have seen the abuse firsthand,” said Bryant, “and we are horrified.”

An Air Force spokesperson did not address the specific allegations but wrote in an email that “the demands placed on the [drone] force are tremendous. A great deal of effort is being taken to bring about relief, stabilize the force, and sustain a vital warfighter capability. … Airmen are expected to adhere to established standards of behavior. Behavior found to be inconsistent with Air Force core values is appropriately looked into and if warranted, disciplinary action is taken.”

Beyond the press conference, the group also denounced the program yesterday in an interview with The Guardian and in an open letter addressed to President Obama. At the press conference, Bryant said the killing of civilians by drone is exacerbating the problem of terrorism. “We kill four and create 10 [militants],” Bryant said. “If you kill someone’s father, uncle or brother who had nothing to do with anything, their families are going to want revenge.”

The Obama administration has gone to great lengths to keep details of the drone program secret, but in their statements today the former operators opened up about the culture that has developed among those responsible for carrying it out. Haas said operators become acculturated to denying the humanity of the people on their targeting screens. “There was a much more detached outlook about who these people were we were monitoring,” he said. “Shooting was something to be lauded and something we should strive for.”

The deaths of children and other non-combatants in strikes was rationalized by many drone operators, Haas said. As a flight instructor, Haas claimed to have been non-judicially reprimanded by his superiors for failing a student who had expressed “bloodlust,” an overwhelming eagerness to kill.

Haas also described widespread alcohol and drug abuse among drone pilots. Drone operators, he said, would frequently get intoxicated using bath salts and synthetic marijuana to avoid possible drug testing and in an effort to “bend that reality and try to picture yourself not being there.” Haas said that he knew at least a half-dozen people in his unit who were using bath salts and that drug use had “impaired” them during missions.

The Obama administration’s assassination program has come under increasing scrutiny in recent months. This October, The Intercept published a cache of classified documents leaked by a government whistleblower that showed how the program killed people based on unreliable intelligence, that the vast majority of people killed in a multi-year Afghanistan campaign were not the intended targets, and that the military by default labeled non-targets killed in the campaign as enemies rather than civilians.

The operators said that they felt increasing urgency to speak out in the wake of the deadly terrorist attacks in Paris last week; they believe drone assassinations have fed the rise of the extremist group the Islamic State, which has claimed responsibility for the attacks.

Westmoreland said of drones: “In the short term they’re good at killing people, but in the long term they’re not effective. There are 15-year-olds growing up who have not lived a day without drones overhead, but you also have expats who are watching what’s going on in their home countries and seeing regularly the violations that are happening there, and that is something that could radicalize them.”

In their open letter to Obama, the former drone pilots made a similar point, writing that during their service they “came to the realization that the innocent civilians we were killing only fueled the feelings of hatred that ignited terrorism and groups like ISIS,” going on to describe the program as “one of the most devastating driving forces for terrorism and destabilization around the world.”

At the press conference today, the pilots echoed these sentiments. “It seems like our actions of late have only made the problems worse. … The drones are good at killing people, just not the right ones,” Bryant said. “Have we forgotten our humanity in the pursuit of vengeance and security?”