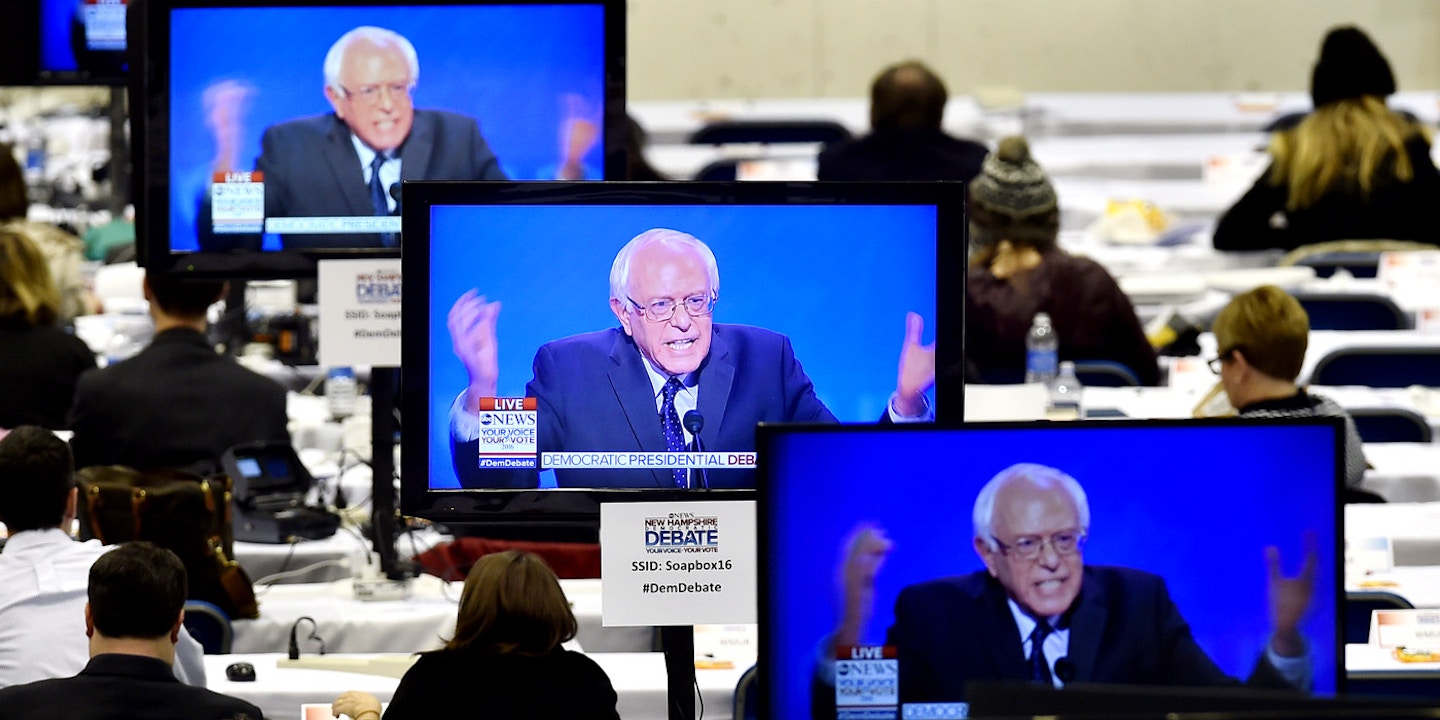 Bernie Sanders would now have raised almost $100 million more than Democratic rival Hillary Clinton if the U.S. electoral system provided public matching funds for small donors, according to a report by U.S. PIRG, a federation of the state-level activist groups founded by Ralph Nader in the 1970s.

The report examines how 2016 presidential candidates would fare under a campaign financing system similar to that of New York City, which matches small donations to local candidates with additional public money at a six-to-one ratio. For example, if someone gives $10 to a candidate for the New York City Council, the city provides an additional $60, so the candidate receives $70 total.

Sanders’ presidential campaign has raised $40 million through the third quarter of 2015. However, with a six-to-one match of public funds for small donations, Sanders would receive an additional $203.7 million, for a total of $243.7 million. Clinton has raised $76.1 million under the current system — but because a far larger percentage of her contributions has been from large donors, she would receive only $73.1 million in matching funds, for a total of $149.2 million. To understand why Sanders would benefit so much more than Clinton from matching funds, imagine Marge Simpson and Mr. Burns running against each other for mayor of Springfield:

Marge is much more popular, so 4,000 people donate to her campaign — 10 times more than to Mr. Burns. However, they can only afford to give her $25 each, so she raises just $100,000. Mr. Burns uses his superior financial firepower to buy all of Springfield’s TV ad time, and ends up crushing her in November with a smear campaign about her bizarre blue hair.

But with the campaign finance system modeled in the U.S. PIRG report, the tables would be completely turned.

Marge, however, now has $700,000 — i.e., her $100,000 raised $25 at a time from 4,000 people, plus $600,000 in matching funds — because she’d relied completely on small donors. Thus in this scenario she has more money than Mr. Burns — enough to fight back against his onslaught of negative ads — and rides to victory on her popular platform of eliminating the nuclear power plant’s radioactive effluent.

The same dynamic holds true for Clinton and Sanders: Both would receive additional money under a small donor matching program, but Sanders would get much more in matching funds, so he would end up with more money overall.

Among Republicans, Ben Carson and Ted Cruz would similarly benefit due to their current reliance on small donors. A system of matching funds would boost Carson’s total war chest from $31.3 million to $169 million, and Cruz’s from $26.3 million to $104.9 million.

Marco Rubio would be far behind Carson and Cruz but still more than double his campaign’s haul, from $14.6 million to $37.1 million. And even though Donald Trump has said he will self-fund his campaign, he has received $3.9 million in donations, many in small amounts — so he would get an additional $18.2 million in matching funds, for a total of $22.1 million from others.

By contrast, Jeb Bush would receive almost no additional matching funds under such a system, because so many of his donors have given his campaign the $2,700 maximum or close to it.

The Democratic Party has recently coalesced in support of a such a system for congressional elections, with endorsements from 157 of the 188 Democrats in the House of Representatives and 19 of the 44 Democratic senators plus Sanders. Clinton has made it part of her presidential campaign platform.

Most impressively, matching funds for small donors would likely overwhelm the impact of Super PACs. According to the most recent Super PAC disclosures, Sanders and Carson, who have little Super PAC support, would have raised more money with matching funds than their competitors even when competitors’ Super PAC money is included. (However, it’s currently impossible to be certain because Super PACs only disclose their fundraising bi-yearly and will not file their total haul for the second half of 2015 until January 2016.)