Daniel Holtzclaw and the Limits of “Community Policing”

Since its inception, “community policing” has been more concerned with public perception than effective implementation, and it fails to adequately account for the power differential at the core of Holtzclaw’s abuses. AT THE SENTENCING last week of Daniel Holtzclaw — the 29-year-old former Oklahoma City police officer convicted on 18 counts of rape and sexual assault of African-American women in the neighborhood he was assigned to patrol — District Attorney David Prater told the media: “I think people need to realize that this is not a law enforcement officer that committed these crimes. This is a rapist who masqueraded as a law enforcement officer. If he was a true law enforcement officer, he would have upheld his duty to protect these citizens rather than victimize them.”

Holtzclaw was sentenced to 263 years in prison for his crimes. From December 2013 to June 2014, while working the night shift in a low-income neighborhood on Oklahoma City’s northeast side, Holtzclaw developed a modus operandi: By design, he targeted black women, and among them, women who had a history of drug abuse or an existing criminal record. By framing his unsolicited sexual advances as an exchange for reprieve from warrants or jail time, he used his badge to leverage the women’s backgrounds as blackmail.

Yet his crimes, while egregious, are not an aberration. Sexual misconduct is the second most common form of police misconduct after excessive force, comprising 9 percent of cases reported in the media, according to an analysis by the Cato Institute’s National Police Misconduct Reporting Project. In November, the Associated Press published an investigation uncovering around 1,000 officers who lost their badges over a six-year period for sexual assault or other sex-related allegations; some avoided criminal prosecution by agreeing to have their law enforcement licenses revoked.

Holtzclaw’s sentencing comes as police brutality is at the forefront of national consciousness, thanks to the momentum of Black Lives Matter and the visibility afforded by cellphone recordings and dashcam footage. Law enforcement is facing a crisis of legitimacy, and as a method of alleviating mistrust, political figures have invested heavily in “community policing” — defined by the Justice Department as a partnership between police and local residents to develop cooperative problem-solving strategies to address neighborhood issues at the root. Since its inception, however, the tactic has been more concerned with public perception than effective implementation, and it fails to adequately account for the power differential at the core of Holtzclaw’s abuses.

Community policing was first conceived as a response to the civil unrest of the 1960s, when the American state apparatus was exposed for domestic and foreign policies that citizens found increasingly unconscionable. As its extension, law enforcement faced a wave of public skepticism. Special commissions like the 1968 Kerner Report and the 1970 Knapp Commission were convened, yielding findings that police forces often exacerbated tense situations and suffered from corruption within their own ranks. Community policing was proposed to repair the damage, and for decades, it has resurfaced as a vague buzzword for rectifying law enforcement and community relations.

Community policing is a pillar of the final report of the President’s Task Force on 21st-Century Policing, released in May 2015, and Attorney General Loretta Lynch has committed $12 million in DOJ funding to advance community policing efforts. Democratic presidential candidate Hillary Clinton has advocated for community policing as an integral component of criminal justice reform, and her rival, Bernie Sanders, has offered it as a solution for police brutality.

In an October address to the International Association of Chiefs of Police, President Obama acknowledged the troubled public image police forces have had to bear in recent years. “With today’s technology, if just one of your officers does something irresponsible, the whole world knows about it moments later,” he said. “And the countless incidents of effective police work never rarely make it on the evening news.” Obama described community policing as a “two-way” street.

According to Kimberlé Crenshaw, a law professor and critical race theorist at UCLA and Columbia, however, this idea of reciprocity does not honestly assess the conditions of engagement. “Cooperation in conditions of extreme disparities in power is what is otherwise known as occupation and oppression,” Crenshaw told The Intercept. “So this is like: ‘We’re not going to look at the broader context in which police have a sort of unmitigated power here. What we’re going to do here is say, are there ways in which we can get along better in this context?’”

As Holtzclaw’s case unfolded, prosecutors highlighted the “mistake” that got him caught: He “messed up,” according to one Oklahoma County prosecutor, by targeting his final victim, Jannie Ligons, a 57-year-old grandmother who did not have a criminal record and felt empowered to report his actions. “He just picked the wrong lady that night,” Ligons told the media.

But in fact, Ligons was not the first to come forward. Another survivor, T.M., had previously reported sexual assault by a police officer, and according to court documents reviewed by The Guardian, the Oklahoma City Police Department’s sex crimes unit had begun investigating Holtzclaw more than a month before Ligons was attacked. He reportedly remained on duty, sexually assaulting at least four women during this period.

This points to negligence, and several survivors have filed a civil suit against the city and Holtzclaw for the alleged violation of their civil rights. But it also speaks to an institutional disregard for black women that puts their safety at risk.

In a report titled “Say Her Name,” which examines police violence against black women, the African American Policy Forum noted that the unequal power dynamic between officer and victim is exacerbated by a criminal justice system that has historically failed to see black women beyond racialized gender stereotypes of promiscuity and sexual availability — the sources of trouble, not its victims.

In the testimony of the 13 women who accused Holtzclaw, fear that they would be discounted if they came forward was a theme that played out again and again.

“It’s my word against his, because I’m a woman, and, you know, like I said, he’s a police officer,” said one survivor, C.J., according to court documents. “So I just left it alone and just prayed that I never saw this man again, run into him again, you know.”

“I know that, like, I’ve been in trouble before, so I mean, like, who am I to a police officer?” T.M. testified.

One of the ways community-policing programs have tried to assure residents that officers can be trusted is through community meetings. But according to Mariame Kaba, a Chicago-based organizer and co-founder of the grassroots group We Charge Genocide, the trust fostered in these meetings can come with conditions. “They turn into these kinds of meetings where the police deputize community members to basically become arms of the state,” Kaba told The Intercept. “Community members are empowered to tell police everything.”

The residents who forged partnerships with law enforcement, according to the report, were “disproportionately white property owners, especially in gentrifying neighborhoods.” Describing the CAPS meetings, the report highlighted the parallels between community policing and broken-windows policing:

Police encourage attendees to organize block groups and form phone trees, all with the goal of reporting “strange” license plates, “suspicious” behavior, and descriptions of cars and people passing through the neighborhood. This monitoring often includes focused surveillance on specific “problem buildings,” and group discussion of how to increase surveillance and reporting with the goal of evicting tenants seen as undesirable.

“The really important question is: what do we mean by community policing?” Sandra Park, a senior staff attorney at the ACLU’s Women’s Rights Project, said in an interview with The Intercept. “Are we talking about forms of policing that really try to work toward solving problems and affirming community members’ dignity, or are they measures that are really aimed at cracking down on a particular community?”

The degree of influence wielded by law enforcement can filter down to community organizational support. Candace Liger, an activist and co-founder of Oklahoma City Artists for Justice, described how her efforts to collaborate with a prominent anti-violence group in support of Holtzclaw’s victims were initially tempered by the group’s fear of risking “very close alliances” with law enforcement.

“We were asking for more public, vocal opinion out there so people know your stance on sexual assault and that you do advocate for women of color in these very taboo and intersectional types of cases,” Liger said of OKC Artists for Justice’s efforts to engage the group. “And they weren’t willing to do that initially. So we went ahead and decided we were going to do it without them.” Once the case garnered national attention, Liger says, the anti-violence group stepped up its advocacy efforts.

“We realized throughout the course of this whole process,” Liger added, “that there was a definite need for specialized services for women of color that can be transparent, that don’t have that political type of umbrella that prevents them from being able to publicly advocate.”

In response to the criticism, the group, YWCA Oklahoma City, told The Intercept: “YWCA Oklahoma City is a supporter of the Start By Believing campaign and stand by all victims of sexual assault, especially those in our community including the 13 women victimized by Daniel Holtzclaw. While we have a long-standing relationship with many systems partners, including local law enforcement, all of those systems partners are aware that YWCA OKC’s loyalty is to victims.”

Resources should be redistributed to those communities seen as most disposable, but on terms that do not necessarily depend on police. The WCG report makes this case, suggesting that funding directed toward policing neglected communities with high rates of poverty and crime would be better spent strengthening local social services.

Holtzclaw is a predator, but he took advantage of a system in which people are afforded differential protections and police abuse of power is too often tolerated and protected. His case illustrates how racial and gendered bias within policing tactics can render the most vulnerable populations susceptible to further exploitation. The growing national push to “get along” with officers overlooks these dynamics.

Mechanisms must be implemented to hold officers accountable to the same laws they are tasked with enforcing, and to make room for criticism that won’t jeopardize an individual’s or an organization’s well-being. Without these, Holtzclaw’s prosecution and sentencing will remain an exception to the rule, and the safety community policing purports to provide will be little more than superficial rhetoric. 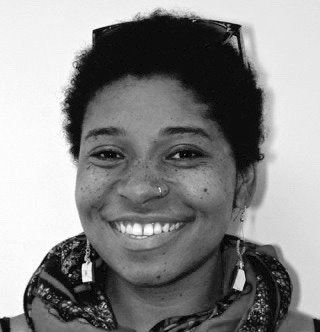