Even if Louisiana prisoners like Henry Montgomery — who was arrested when he was 17 in 1963 — become eligible for parole, release remains an uphill battle. 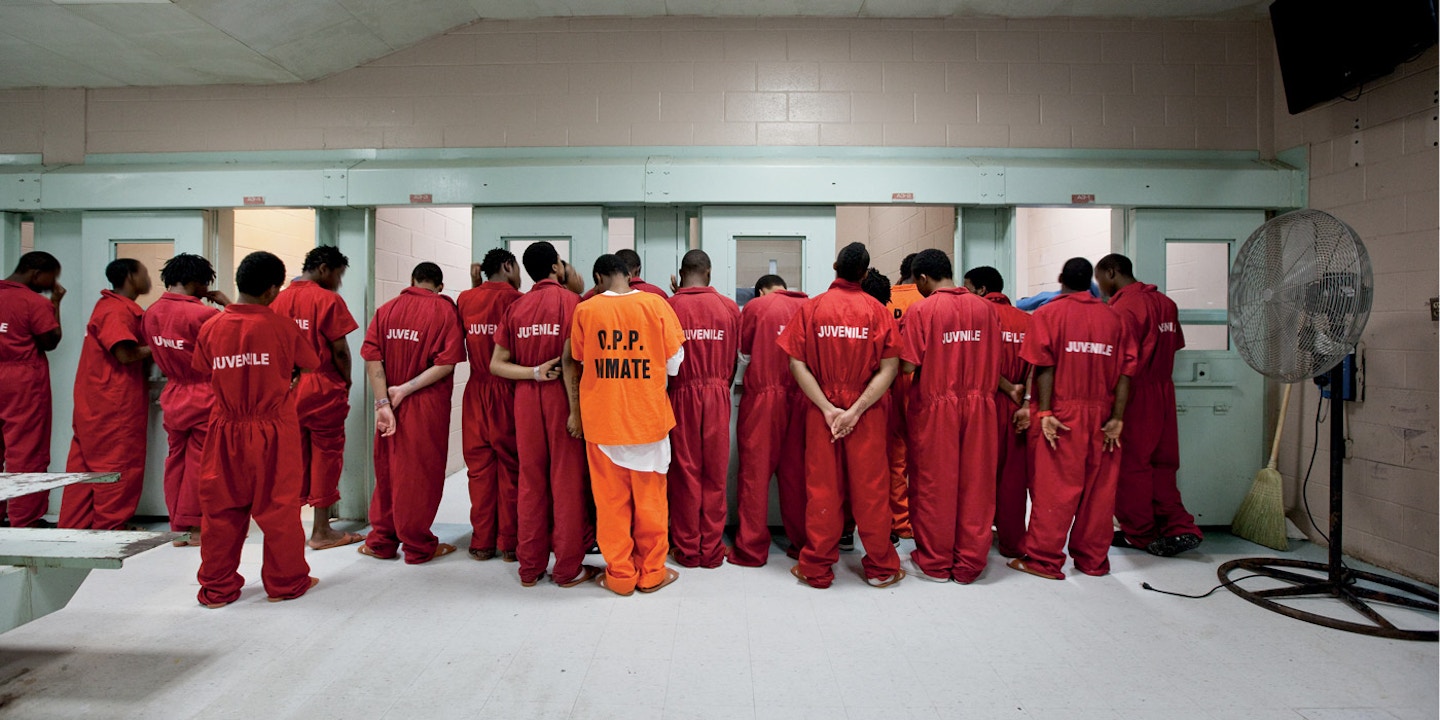 ON THE NIGHT before the U.S. Supreme Court issued its ruling Monday in Montgomery v. Louisiana, giving new hope for release to prisoners serving life without parole for crimes they committed as juveniles, Sister Alison McCrary received a collect call from the Louisiana State Penitentiary, better known as Angola. It came from a man she had met during her 10 years visiting the prison as a spiritual adviser to those on death row. Nicknamed “Reverend Joe,” he did not face execution, but like most of Angola’s residents, nonetheless confronted the prospect of dying in prison.

“He usually calls me wanting to talk about scripture,” McCrary told me over the phone from New Orleans. “He’ll want to make sure he’s got the right interpretation.” But on Sunday night, he was calling because he was anxious. Convicted of murder in Shreveport in the early 1960s, Reverend Joe was one of hundreds of Louisiana prisoners anxiously awaiting the decision in Montgomery, which would determine whether an earlier Supreme Court ban on mandatory life without parole for juveniles should apply retroactively to people like him. In 2012, in Miller v. Alabama, the justices had declared such sentences unconstitutional for people who committed their crimes when they were younger than 18. But Louisiana, among other states, refused to apply the ruling to people already behind bars. A different Angola prisoner, Henry Montgomery, appealed his sentence all the way to the Supreme Court. Following oral arguments held last fall, it would be up to the justices to tell Louisiana whether or not it was breaking the law by forcing people like Montgomery and Reverend Joe to keep serving a sentence the Court had previously declared unconstitutional.

When he called McCrary, Reverend Joe had no idea that the Court would be ruling the very next day. Nor were his hopes vested solely in Montgomery — he was seeking other avenues to challenge his sentence. But if the justices were to rule in his favor, McCrary said, “that’s when he would know for sure” he had a shot at release. After a life spent in prison, for the first time Reverend Joe could catch a glimpse of freedom. And it scared him.

“Reverend Joe is well-respected at Angola,” McCrary explained. “He has community there.” Now in his 70s, he is active in the prison’s many religious activities and he works as a trustee, bringing food to death row visitors like McCrary. Outside the prison gates, however, he knows almost no one. While he has family in Louisiana and Texas, McCrary believes he has not been in touch with them for 50 years.

In addition to the obvious challenges of finding a home or a job, the question of health care will be serious and immediate for a man his age. For McCrary, who along with a community of activists in New Orleans took in Louisiana exoneree Glenn Ford after his release in 2014, caring for him before he died of cancer last June, the challenges that accompany the victory in Montgomery are familiar.

“Folks are really celebrating now,” she said on Monday, “but there’s also lots of concern.” For those who get out after decades behind bars, “What’s it going to be like in the free world?”

SUCH A QUESTION might feel premature to those who followed the long road to Montgomery. After all, it took three-and-a-half years and much litigation for the Supreme Court to force the states to apply Miller retroactively. Even now, the Montgomery ruling is no guarantee for release. “Today’s decision simply provides an opportunity for review,” Mark Plaisance, the Louisiana attorney who argued the case before the Court last fall, reminded reporters on Monday. The ruling is “just the first step in a long process for Mr. Montgomery.”

At 69, Henry Montgomery does not have the luxury of time. Yet he is among the lucky ones — at least he has representation. For other prisoners, finding a lawyer to challenge their continued incarceration is the first in a daunting series of hurdles. According to McCrary, word at Angola is that local attorneys will soon be visiting the prison to instruct “offender counsel substitutes” — jailhouse lawyers — on how to begin filing petitions on behalf of fellow inmates. But juvenile lifers must also wait for the state to decide on the legal venue for such a challenge. Then, ultimately, they must convince the state’s chosen decision-makers that they are worthy of early release.

From state to state, the question of who will make these decisions is still up in the air. After Miller, several states simply abolished juvenile life without parole, restoring parole eligibility or imposing lesser determinate sentences on those already imprisoned. Other states opted for resentencing hearings, putting individual prisoners’ fates in the hands of a judge. For those recalcitrant states that refused to do either, Justice Kennedy sought to provide reassurance in Montgomery that the 6-3 ruling “does not require States to relitigate sentences, let alone convictions, in every case where a juvenile offender received mandatory life without parole.” Instead, he suggested, writing for the majority, states can give a chance for such prisoners “to be considered for parole.”

In New Orleans, the Louisiana Center for Children’s Rights was quick to embrace this suggestion. The state “has a choice to make,” the legal nonprofit explained on its website following Monday’s ruling. It can offer prisoners “costly, lengthy, substantive hearings” to the tune of $3 million to fund the first year of defense attorneys alone, according to an estimate by the Louisiana Public Defender Board. Or it can grant juvenile lifers some shot at release by allowing them to go before a parole board — an option the group’s director argues saves money, preserves public safety (“by ensuring that nobody is released without review”), and is “fairer for victims, because it will mean that they do not have to go through the difficulties of a new court hearing.”

For lifers in Louisiana, the prospect of going before a parole board is practically unthinkable — a dream come true. Unlike in other states that retain as a sentencing option life with the possibility of parole, until very recently, all life sentences in Louisiana were death-in-prison sentences. This has begun to change: In 2012, following a campaign by the American Civil Liberties Union and others, Gov. Bobby Jindal signed legislation to grant parole eligibility to lifers convicted of certain nonviolent crimes.

Still, as in most states, winning parole in Louisiana is exceedingly difficult. Last summer, following a thorough review of the state of parole across the country, the Marshall Project found parole boards nationwide to be secretive, driven by politics, and “vested with almost unlimited discretion to make decisions on almost any basis. Hearsay, rumor and instinct are all fair game.”

Louisiana is no exception — although modest reforms have recently sought to make parole decisions more informed and less arbitrary. Nevertheless, the odds are stacked against prisoners. Both prosecutors and crime victims play a role in parole hearings, and eligible prisoners do not even meet with board members in person, but rather by videoconference. And, perhaps most importantly, decisions often come down to “the nature of the crime” rather than any proof of rehabilitation — the one thing a prisoner cannot change, even if he or she has.

Yet, such a venue is still a better option than what Louisiana lifers have relied upon to date: seeking mercy in a state so famous for its high incarceration rate it has been dubbed the prison capital of the world. Among those who did not live to see the ruling in Montgomery this week was a man named Robert Howard, sent to Angola as a teenager in 1967, and known to many for his writing and counseling to youth. A Facebook page created by one of his supporters tracks years of denied clemency requests dating back to the 1970s. Some years, board members recommended commutations only to see them denied by the governor. Most recently, in March 2015, Gov. Jindal denied a unanimous clemency request for Howard by the Board of Pardons and Parole. Soon after that, Howard was diagnosed with liver cancer. In August, he died at the prison hospice at Angola.

AS LAWYERS AND SCHOLARS continue to parse the ruling in Montgomery, the broader implications are yet to be seen. For now, although it continues to chip away at the harshest sentences for youth, with Montgomery, the Supreme Court has decided once more to preserve the option of juvenile life without parole, meaning that defendants will continue to be sent to die behind bars for crimes they committed as children. There is good reason to think such sentences will be rare — existing data after Miller shows a large drop in new sentences of life without parole for juvenile crimes across the country. And some legal experts have interpreted Montgomery to mean that a prosecutor pursuing such a punishment will now have to somehow “prove to a judge that a particular youth is beyond saving as a reformed person” — a dubious proposition that should be burdensome in theory.

Yet, it is not hard to imagine that in such cases, the “nature of the crime” will continue to have the final say. After all, even as it seeks to narrow life without parole sentences for youth offenders, Montgomery keeps intact the same assumption that set the stage for them in the first place. “Miller drew a line between children whose crimes reflect transient immaturity and those rare children whose crimes reflect irreparable corruption,” Kennedy wrote in Montgomery. It remains possible that a court “might encounter the rare juvenile offender who exhibits such irretrievable depravity that rehabilitation is impossible and life without parole is justified.”

It was this image of irredeemably bad youth — applied along starkly racist lines — that created the superpredator myth, fueling the very sentences states are now being forced to reconsider. After all, while it may be easy to accept that, as an old man, Henry Montgomery is not the same person he was in 1963, it is difficult to imagine such sober perspective governing the fate of a 17-year-old who today committed the same crime — the fatal shooting of a police officer. These are the very crimes for which mandatory sentencing was invented — and for which parole will be routinely denied.

It is this enduring idea — that a crime tells us everything we need to know about the person who committed it — that must be overcome, by parole boards, by judges, and by the legions of people who now claim the broader mantle of criminal justice reform. The Supreme Court has taken another important step in recognizing that people in prison can change. It is up to the states to give juvenile lifers a meaningful chance to go home — before prison becomes the only home they know.