Holder is upholding his Justice Department’s tradition of negotiating lower fines for corporate offenses, albeit from the other side of the negotiating table. 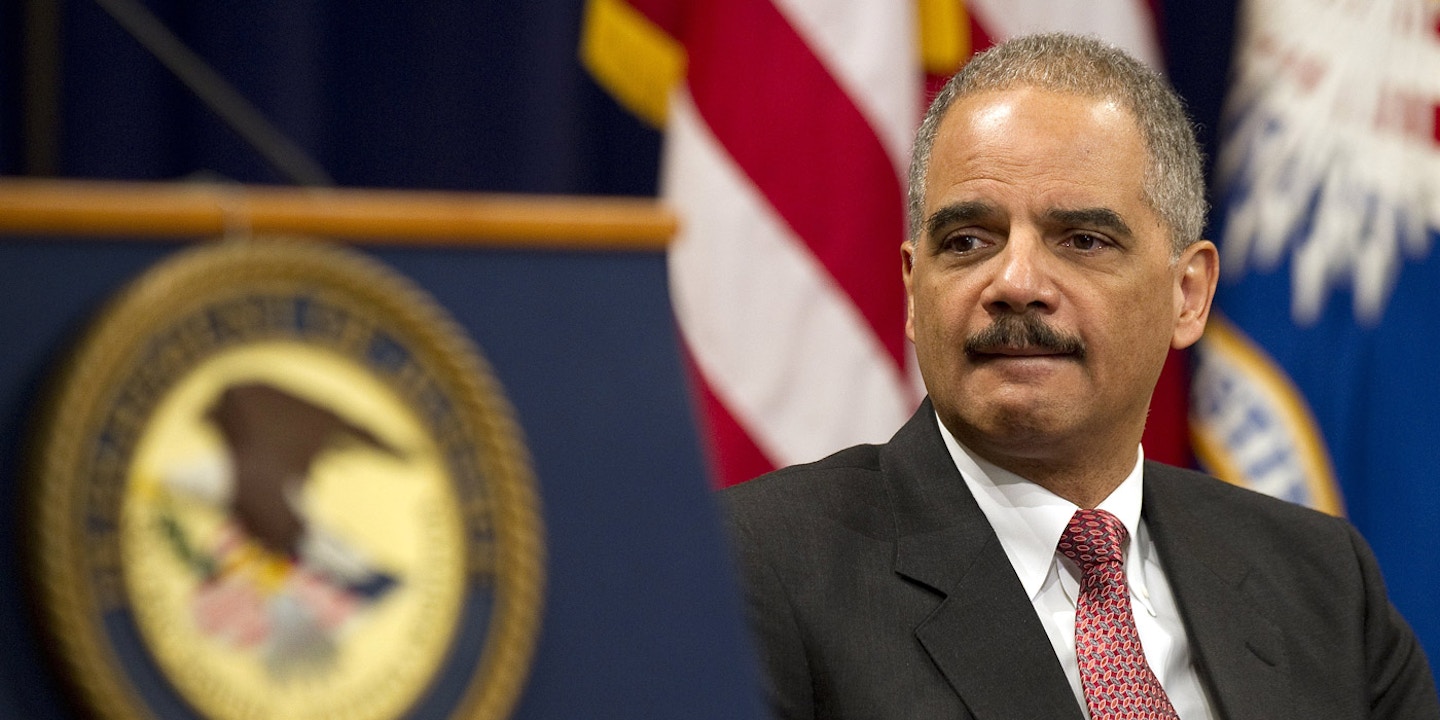 Meanwhile, in his post-public service life as a partner with white-collar defense firm Covington & Burling, Holder is upholding his Justice Department’s tradition of negotiating lower fines for corporate offenses, albeit from the other side of the negotiating table.

The Associated Press reports that Holder, whose Justice Department prosecuted no major executive for the fraud that led to the 2008 financial crisis, is representing South African telecommunications conglomerate MTN in a $3.9 billion dispute with the country of Nigeria.

MTN Nigeria did not deactivate 5.2 million unregistered cell phone SIM cards after the Nigerian Communications Commission ordered them to do so by August 2015. Extremist groups operating in Nigeria use the cards for communications in kidnappings and attacks.

The commission initially imposed a $5.2 billion fine, which MTN challenged in court and got reduced to $3.9 billion. Now, Holder “is leading MTN’s legal team” in attempting to get the fine further reduced or eliminated, according to the commission’s spokesman, Tony Ojobo. The Federal High Court in Lagos has given MTN and the commission until March 18 to negotiate a settlement. Holder is negotiating directly with Nigerian officials, the AP reported.

Covington & Burling defends corporate clients all over the world, including telecom, pharmaceutical, and financial interests. They openly promote getting bank clients off the hook in their marketing materials.

Holder defended corporations at the firm before becoming attorney general, and immediately returned there at the end of his tenure, calling it “home for me.” A year earlier, he purchased a condo that sits 300 feet from Covington & Burling’s new headquarters in Washington. The firm even held open a corner office in that new building for Holder while he was a sitting attorney general, while he negotiated settlements with Covington & Burling clients.

But Holder bristles at the suggestion that there might be a connection between his current employer and his conduct at Justice.

Lanny Breuer, head of the criminal division at DOJ under Holder, also returned to Covington & Burling after government work. In all, six former Justice Department officials now work at the firm.