Donald Trump’s Sworn Testimony About His University: “I Don’t Know the People”

Donald Trump acknowledged in a deposition that he did not, as he previously claimed, handpick the instructors at Trump University. 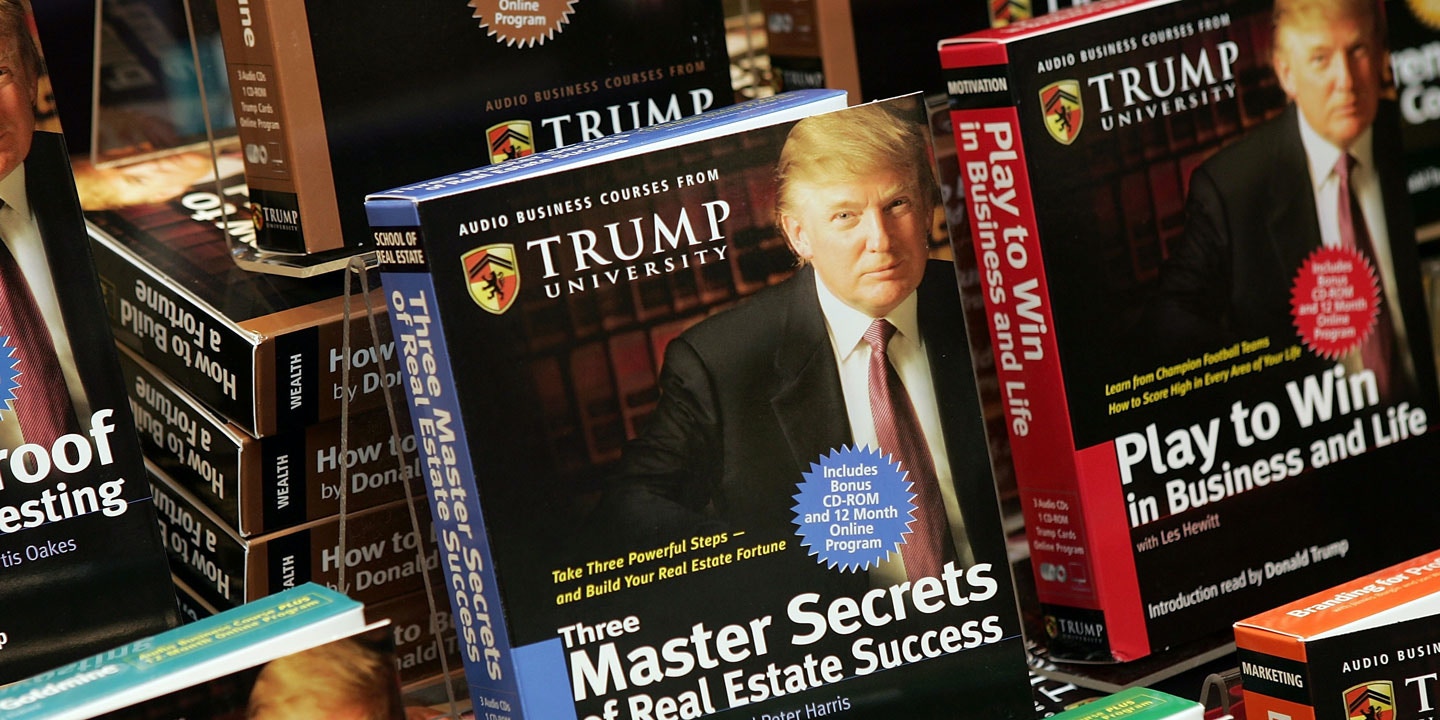 IN TWO DEPOSITIONS taken over the last three months, Donald Trump acknowledged under oath that he had no role in selecting Trump University’s instructors, despite claiming in a promotional video that they “are all people that are handpicked by me.”

Trump University, a now-defunct sales ploy that promised to teach Donald Trump’s real estate “secrets” to enrollees and make them rich in the process, has become a flashpoint in the Republican presidential primary debates. In last night’s debate in Detroit, for instance, Sen. Marco Rubio lit into Donald Trump over the “handpicked” instructors. Trump retorted with a fabrication, claiming that the Better Business Bureau had given Trump University an A rating. As Rubio pointed out in the exchange, the most recent rating was a D minus.

A critical part of Trump University’s sales pitch to prospective students was the claim that Donald Trump personally selected the program’s instructors — a claim repeated over and over in the company’s marketing literature. Trump University’s direct mail advertising included letters with Trump’s signature on them that claimed that Trump University students would receive guidance from Trump’s “handpicked instructors and mentors.”

At live events, Trump University instructors recited speeches from a company-authorized script that read, in part, “I remember one time Mr. Trump said to us over dinner.” In a memorandum to the court submitted just one week ago, Trump University’s attorneys reference “instructors, who were selected based on Mr. Trump’s criteria and input.” The mantra about Trump’s “handpicked instructors” was a critical part of the recruitment strategy for a get-rich-quick scheme whose appeal centered entirely on Donald Trump’s personal reputation as a real estate business virtuoso.

But in a brief filed yesterday in a class-action lawsuit, attorneys representing thousands of former students revealed that in a video recorded deposition, Trump “confessed under oath that he did not handpick a single TU live events instructor.” Trump further “acknowledged that other instructors’ presentations showed they lied to students about their connections to him.”

Not only did Trump have nothing to do with selecting instructors, “he personally did nothing to confirm their purported qualifications” and “could not identify a single live events instructor or mentor by name or pick one out of a photo lineup,” according to the brief. (For his part, Trump claimed that the reason he never personally interviewed even his top instructors was that he had heard that the school was doing well, and thus deemed it unnecessary.)

Many of the “handpicked” instructors have testified that they have never met Trump. In the depositions, Trump was unable to even affirm whether his instructors had ever bought or sold real estate before.

A typical passage from the deposition transcript reads as follows:

Q: Chris Goff. Do you know if he was qualified to be an instructor?

Q: Qualified to be a mentor?

Q: Steve Goff, do you know if he was qualified to be an instructor?

Q: Do you know if he was qualified to be a mentor?

Q: James Harris, do you know if he was qualified to be an instructor?

Q: And therefore you don’t know if he was qualified to be an instructor?

The brief, filed in federal district court in San Diego, further asserts that Donald Trump admitted under oath that he retains no real estate techniques beyond what has been published in his books. In other words, students who paid as much as $60,000 to Trump University over the course of a year could have gotten the exact same information through a $10 book purchased on Amazon.

In 2010, Trump University changed its name to “Trump Entrepreneur Initiative,” five years after the New York State Education Department warned the company that its use of the “university” moniker without an NYSED license was unlawful. In Trump’s deposition, he admitted to having known that the company was out of compliance with the law even as it continued to operate under the “Trump University” brand name, presenting itself as an elite educational institution on par with the University of Pennsylvania’s Wharton School.

The new brief adds to the abundance of evidence that Trump University was, essentially, a high-pressure sales racket aimed at bilking gullible people, many of them senior citizens, out of tens of thousands of dollars apiece. The original complaint in the suit describes its practices in detail: