Bernie Sanders’s upset in the Michigan primary Tuesday can be attributed, in part, to a strong showing in Dearborn, Michigan, which has the largest concentration of Arab Americans in the nation. Sanders won almost 60 percent of the vote there, besting rival Hillary Clinton.

Apparently, something about Sanders resonated with residents.

“Believing in something unpopular and fighting for those things is true courage and bravery. I feel personally connected to his message of humanism and peace,” Mason Hinawi, a high school student and first-time Dearborn Heights voter, told The Intercept about his support for Sanders. “I know a lot of Muslim people my age also taken by his message of peace and his welcoming tone.”

The win came following sustained outreach by the Sanders campaign aimed at Arab and Muslim Americans, in Dearborn and elsewhere.

In October, Sanders shared an emotional moment with a Muslim college student who asked him to stand up to Islamophobia. He invited her up to the stage and cited his own background as the grandson of Holocaust victims as informing his views on bigotry, telling her, “There is a lot of anger being generated, hatred being generated, against Muslims in this country. … If we stand for anything, we have got to stand together and end all forms of racism.”

Two months later, Sanders attended a roundtable event at the Masjid Muhammad mosque in Washington, D.C. “Do we come together, or do we allow demagogues to divide us up? That is the issue of the moment,” he said, condemning the Islamophobia coming out of the GOP side of the race.

In February, his campaign tweeted out a graphic in Arabic that translates as “Not me, us”: 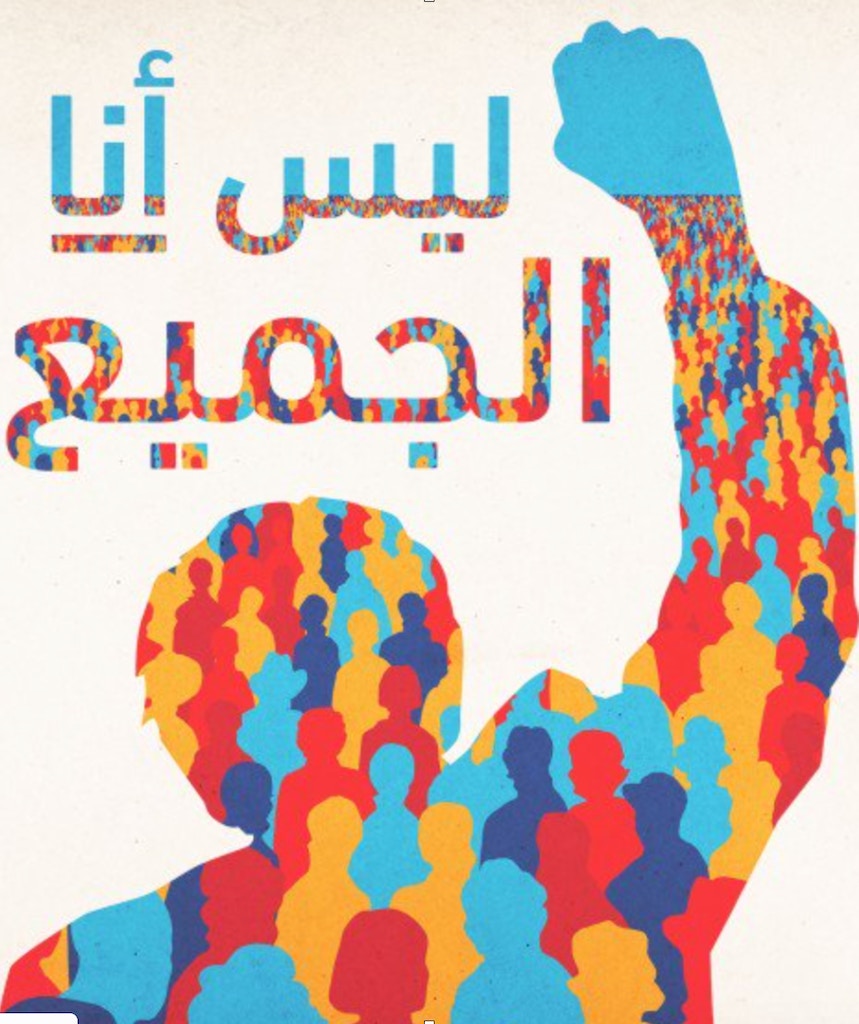 The tweet continued in Arabic: “America becomes a greater nation when we stand together and say no to racism, hatred, and bigotry.”

“His whole campaign and his whole demeanor and his whole sort of discourse fits much more into the Arab American community and our discourse,” said Amer Zahr, who lives in Dearborn and teaches at the University of Detroit. Zahr met with Sanders at a private event last week.

“Our community is no stranger to Hillary Clinton and to her kind of ultra right-wing policies when it comes to Israel, her relationship to [donor] Haim Saban,” Zahr said. “Bernie doesn’t talk like that at all. We asked him about Palestine and Israel. … He said that he would look at both sides equally, which no politician says.” (Howard Dean flirted with the concept of evenhandedness during his 2004 run for the presidency, but backtracked after coming under attack from Democratic politicians.)

Zahr credited Sanders’s showing to “the combination of our community being very familiar, and not in a good way, with Hillary Clinton and her hawkishness … and the progressive message of Sanders’s campaign [that] hits home for a lot of us.”

The editorial board of the Arab American News endorsed Sanders, citing his words against Islamophobia and his more dovish foreign policy. As the Michigan primary neared, his campaign began airing Arabic-language radio ads in the Dearborn area, and the day before the primary, he visited the city itself.

After he was introduced by Rep. Keith Ellison, D-Minn., the first Muslim American elected to Congress, Sanders condemned Islamophobia in an hourlong speech and pledged to treat all parties in the Israeli-Palestinian conflict as equals.

This outreach stood in contrast to the Clinton campaign. Hillary Clinton never visited Dearborn or held any events there; her husband, Bill Clinton, did a short swing through market areas there while campaigning for his wife in Detroit.

“I was at the [Sanders] event. … Most of the crowd was Arab American,” Ali Harb, a reporter at the Arab American News, said in an interview. “Bernie Sanders has successfully mobilized young voters, and Arab American young folks were no exception. They were moved by his message, they were excited.”

Harb also cited another factor in the enthusiasm for Sanders: GOP frontrunner Donald Trump. “You can’t have a political conversation in Dearborn without Donald Trump coming up. A lot of people are anxious about Donald Trump, so they’ve become more interested in the political process because they’re quite frankly scared of what happens if Trump becomes president. So that helped draw turnout.”

A number of media commentators wondered why the first viable Jewish contender for the presidency would be winning support from Arab and Muslim Americans. The answer appears to be simple. Sanders won Dearborn the same way any candidate wins any constituency: by listening to its members and responding to their concerns.

For Asha Mohamood Noor, a Muslim American voter-registration activist who lives in the Dearborn area, Sanders’s Jewish background was a plus. “I think that one really key element of that is that Bernie often discusses, often talks about, the oppression faced by the Jewish people in Europe,” she said in an interview. “Definitely, I think it appeals to [Muslim American] emotions because they’re feeling a lot of backlash in America and around the world, and he often draws a parallel between the Jewish struggle and the Arab and Muslim struggle in a way that is very genuine and very true.”

She also pointed to Sanders ultimately gaining ground in the community for the same reasons he is attracting support from many others. “I know people want to run with the narrative of Arabs and Muslims voting for a Jew, but I think it all boils down to socioeconomic status, unions, fair wages, labor reform. … His religion almost never came up [among voters], it was his vision for restoring a middle class, and uplifting folks out of poverty.”

Top photo: Sanders speaking out against Islamophobia alongside a Muslim American supporter at an event at George Mason University in October 2015.