AIPAC Rejects Sanders Offer to Speak via Video, as Romney and Gingrich Did in 2012

Bernie Sanders confirmed on Friday that he will not attend the American Israel Public Affairs Committee in Washington next week, and his campaign revealed that the candidate’s offer to address the gathering by video link was turned down by the organizers. 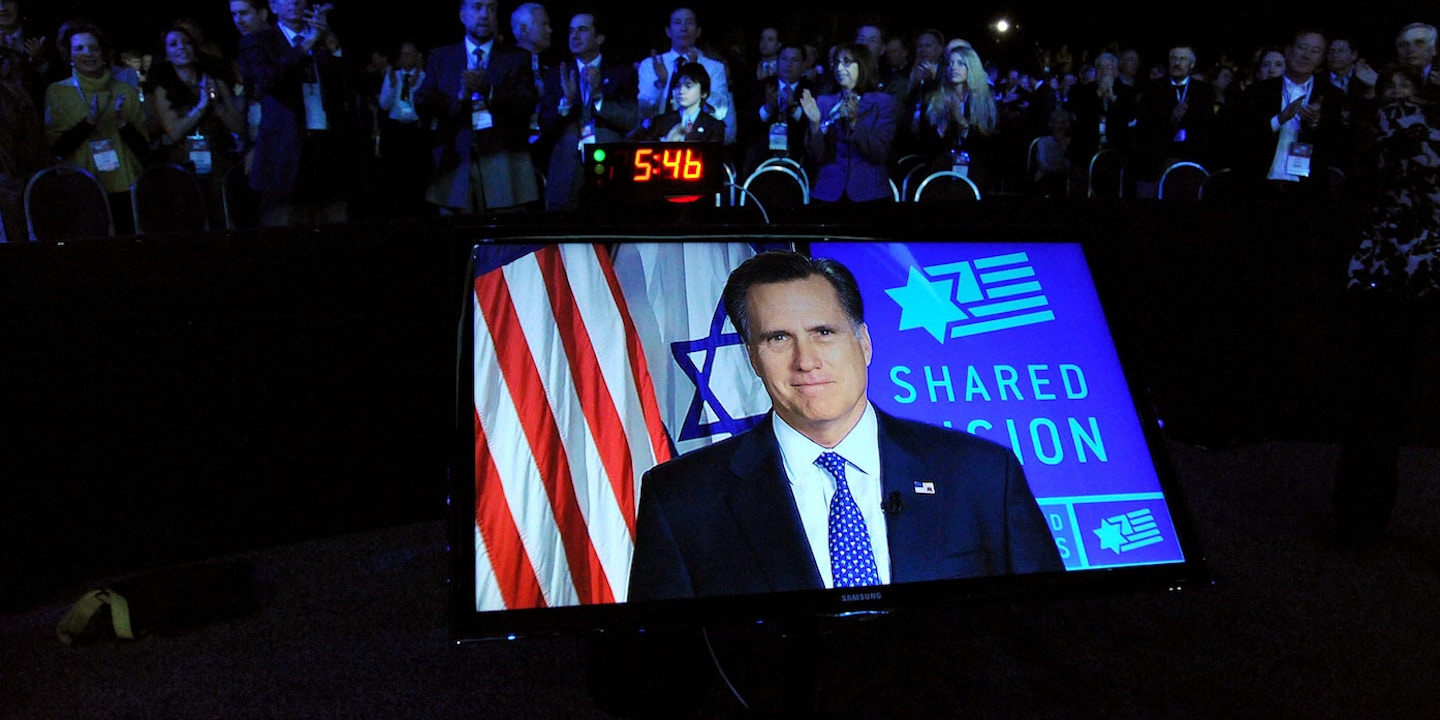 Bernie Sanders confirmed on Friday that he will not attend the American Israel Public Affairs Committee in Washington next week, and his campaign revealed that the candidate’s offer to address the gathering by video link was turned down by the organizers.

In a letter to Robert Cohen, the group’s president, released on Friday afternoon, Sanders wrote that while he “would very much have enjoyed speaking at the AIPAC conference,” like all of the remaining presidential candidates, his campaign schedule made it impossible for him to attend in person.

“Since AIPAC has chosen not to permit candidates to address the conference remotely,” Sanders added, “the best that I can do is to send you a copy of the remarks that I would have given if I was able to attend.”

Michael Briggs, his communications director, confirmed that an offer to speak via video link was rejected.

The pro-Israel group has not yet replied to a request from The Intercept to explain why it would not allow Sanders to address the conference on video, but did allow both Mitt Romney and Newt Gingrich to do so during the 2012 presidential campaign.

Gingrich’s appearance in 2012 was memorable mainly for the fact that he appeared to fall asleep while waiting to speak, and then asked for questions from a panel that did not exist.

Although Sanders promised to send AIPAC a copy of the speech he would have made, it seems possible the group did not really want to hear from him, given that he promised recently to seek a “level playing field” in his approach to the Israel-Palestine conflict if elected president.

Late on Friday, the group told the Jewish Telegraphic Agency, “We did change our policy and no candidate was offered/permitted the opportunity to address the conference remotely this year.”

That policy obviously does not extend to Israeli officials, since Prime Minister Benjamin Netanyahu is scheduled to address the conference via satellite.