Ted Cruz advocated a ban on Muslim Syrian refugees. But Robert George said, “No one has been stronger in standing up for religious liberty” than Cruz. 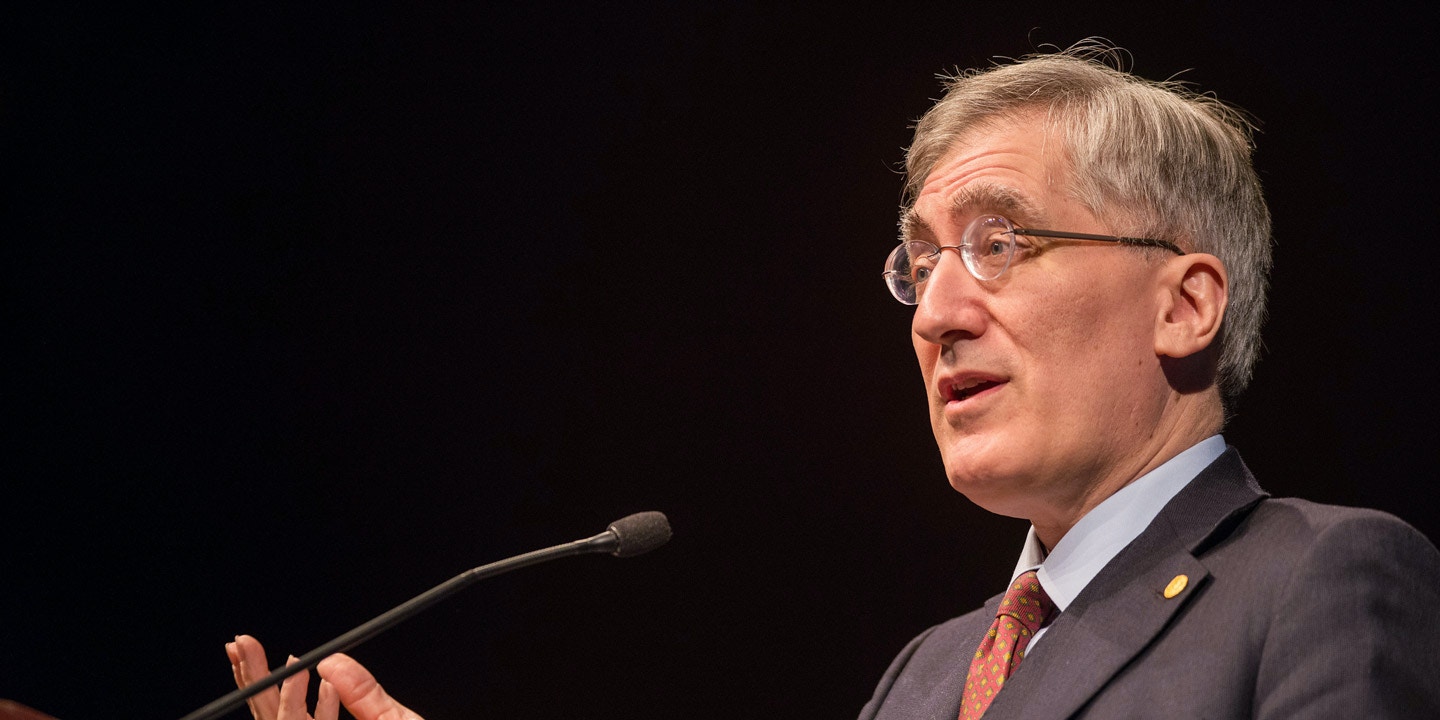 ON THE SAME day that Ted Cruz announced that anti-Muslim conspiracist Frank Gaffney would be one of his top foreign policy advisers, he won an endorsement from the chair of the United States Commission on International Religious Freedom, Robert P. George. George said he was endorsing Cruz, his former student at Princeton, because “no one has been stronger than Ted in standing up for religious liberty and other fundamental constitutional freedoms.”

Over the course of his campaign, Cruz has openly endorsed religious discrimination against Syrian refugees, defended government spying on mosques, and voted against a Senate resolution condemning Donald Trump’s ban on Muslims entering the United States. Yesterday, he unveiled his foreign policy advisory team, full of people who have made names for themselves peddling outrageous conspiracy theories that the Muslim Brotherhood infiltrated the U.S. government and that Muslim immigrants are turning American cities into “no-go zones.” A number of Cruz’s advisers, including Gaffney, are members of the Center for Security Policy, a think tank that has been designated as an extremist group by the Southern Poverty Law Center because of its anti-Muslim bigotry.

George did not respond to request for comment about his endorsement.

The commission is a government-funded organization that describes itself as an “independent, bipartisan, U.S. federal government commission [that] that monitors the universal right to freedom of religion or belief abroad.” Last year, the Senate voted to continue funding the USCIRF’s $3.5 million annual budget through 2019. The organization issues an annual report on religious freedom, including monitoring of “Countries of Particular Concern” on this issue.

Ironically, for an organization whose mandate is promoting religious tolerance, USCIRF has frequently come under fire for alleged discrimination, including a 2012 lawsuit by a Muslim woman who said her job offer was rescinded by the organization on religious grounds. Former employees told the Washington Post that the organization is “rife, behind-the-scenes, with ideology and tribalism, with commissioners focusing on pet projects that are often based on their own religious background” and that “anti-Muslim bias runs through the commission’s work.” In the midst of a national 2010 controversy over a Muslim group’s plan to build a mosque in lower Manhattan, USCIRF commissioner Nina Shea actually weighed in with an op-ed criticizing the project.

George’s endorsement of Cruz is seemingly the latest irony for an organization that receives millions of dollars each year from the U.S. government to promote religious freedom.