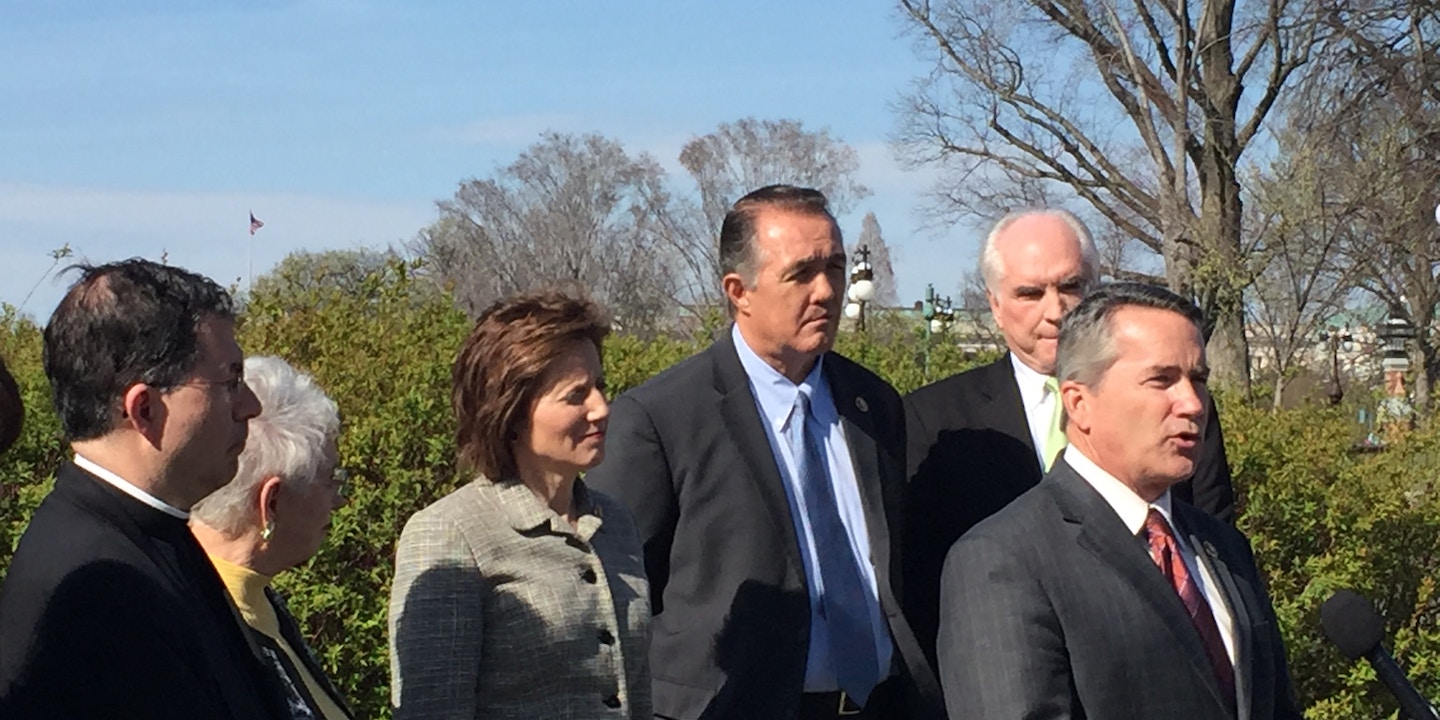 IN THE RUN-UP to oral arguments before the Supreme Court this week to challenge the Affordable Care Act’s requirement that employers’ health care plans cover birth control, Republican lawmakers held a series of events to highlight the importance of religious liberty. Conservatives claim that the law, which requires insurance companies to cover contraception, violates the religious rights of Catholic nuns.

That commitment to religious freedom, however, does not appear to extend to Muslim Americans.

On Tuesday, in reaction to the terror attacks in Belgium, Texas Sen. Ted Cruz called for law enforcement to preemptively “patrol and secure Muslim neighborhoods before they become radicalized.” Later that day, The Intercept attended a press conference organized by House Republicans to champion religious liberty ahead of the Supreme Court contraception case.

“I’m not going to address that,” said Franks, adding, “Go Cruz!” when asked about the police proposal.