AS 40,000 VERIZON workers went on strike Wednesday to protest cuts to health care and pensions, presidential candidate Bernie Sanders rallied with some of them in New York City, blasting the company’s practices.

“This is just another major American corporation trying to destroy the lives of working Americans,” Sanders told the workers, who decided to strike after failing to reach a contract. “Today you are standing up not just for justice for Verizon workers, you’re standing up for millions of Americans who don’t have a union.”

Meanwhile, Verizon CEO Lowell McAdam published a lengthy essay on LinkedIn titled “Feeling the Bern of Reality — the Facts About Verizon and the ‘Moral Economy,’” in which he called Sanders’s views “contemptible.”

McAdam took issue with statements by Sanders blasting the company’s tax avoidance and offshoring, and asked the senator to “show me a company that’s done to more to invest in America than Verizon.”

“I understand that rhetoric gets heated in a presidential campaign. I also get that big companies are an easy target for candidates looking for convenient villains for the economic distress felt by many of our citizens,” he concluded. “But when rhetoric becomes disconnected from reality, we’ve crossed a dangerous line. We deserve better from people aspiring to be president. At the very least, we should demand that candidates base their arguments on the facts … even when they don’t fit their campaign narratives.”

The response to McAdam’s post was effusive — from other Verizon executives: 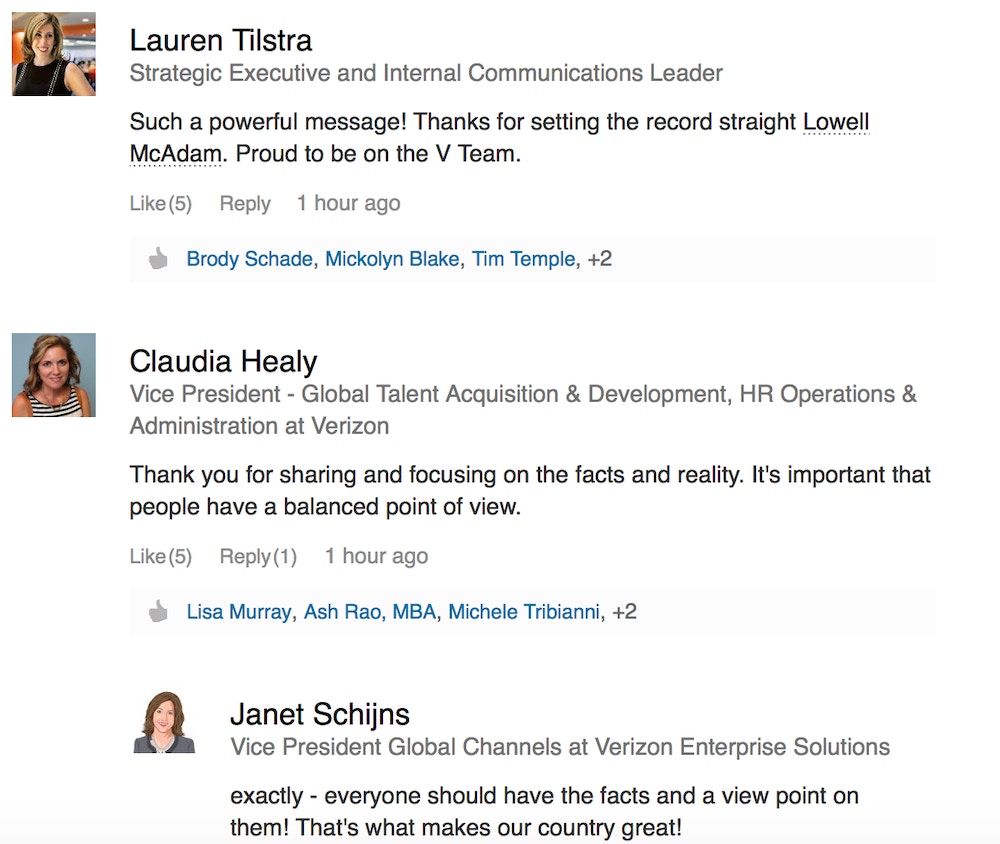 Missing from the post and the congratulatory lovefest from executives was any recognition of the grievances of the striking workers. For example, McAdam complains about $1.4 billion in health care costs, but does not cite the fact that the company has seen spiking revenue for the past three years — from $120.6 billion in 2013 to $131.6 billion in 2015. Operating cash flow last year was at $38.9 billion. McAdam’s own compensation rose 16 percent from 2013 to 2014, topping out at $18.3 million.