New Political Earthquake in Brazil: Is It Now Time for Media Outlets to Call This a “Coup”? Brazil today awoke to stunning news of secret, genuinely shocking conversations involving a key minister in Brazil’s newly installed government, which shine a bright light on the actual motives and participants driving the impeachment of the country’s democratically elected president, Dilma Rousseff. The transcripts were published by the country’s largest newspaper, Folha de São Paulo, and reveal secret conversations that took place in March, just weeks before the impeachment vote in the lower house was held. They show explicit plotting between the new planning minister (then-senator), Romero Jucá, and former oil executive Sergio Machado — both of whom are formal targets of the “Car Wash” corruption investigation — as they agree that removing Dilma is the only means for ending the corruption investigation. The conversations also include discussions of the important role played in Dilma’s removal by the most powerful national institutions, including — most importantly — Brazil’s military leaders.

The transcripts are filled with profoundly incriminating statements about the real goals of impeachment and who was behind it. The crux of this plot is what Jucá calls “a national pact” — involving all of Brazil’s most powerful institutions — to leave Michel Temer in place as president (notwithstanding his multiple corruption scandals) and to kill the corruption investigation once Dilma is removed. In the words of Folha, Jucá made clear that impeachment will “end the pressure from the media and other sectors to continue the Car Wash investigation.” Jucá is the leader of Temer’s PMDB party and one of the “interim president’s” three closest confidants.

It is unclear who is responsible for recording and leaking the 75-minute conversation, but Folha reports that the files are currently in the hand of the prosecutor general. The next few hours and days will likely see new revelations that will shed additional light on the implications and meaning of these transcripts.

The transcripts contain two extraordinary revelations that should lead all media outlets to seriously consider whether they should call what took place in Brazil a “coup”: a term Dilma and her supporters have used for months. When discussing the plot to remove Dilma as a means of ending the Car Wash investigation, Jucá said the Brazilian military is supporting the plot: “I am talking to the generals, the military commanders. They are fine with this, they said they will guarantee it.” He also said the military is “monitoring the Landless Workers Movement” (Movimento dos Trabalhadores Rurais Sem Terra, or MST), the social movement of rural workers that supports PT’s efforts of land reform and inequality reduction and has led the protests against impeachment.

The second blockbuster revelation — perhaps even more significant — is Jucá’s statement that he spoke with and secured the involvement of numerous justices on Brazil’s Supreme Court, the institution that impeachment defenders have repeatedly pointed to as vesting the process with legitimacy in order to deny that Dilma’s removal is a coup. Jucá claimed that “there are only a small number” of Court justices to whom he had not obtained access (the only justice he said he ultimately could not get to is Teori Zavascki, who was appointed by Dilma and who — notably — Jucá viewed as incorruptible in obtaining his help to kill the investigation (a central irony of impeachment is that Dilma has protected the Car Wash investigation from interference by those who want to impeach her)). The transcripts also show him saying that “the press wants to take her [Dilma] out,” so “this shit will never stop” — meaning the corruption investigations — until she’s gone.

The transcripts provide proof for virtually every suspicion and accusation impeachment opponents have long expressed about those plotting to remove Dilma from office. For months, supporters of Brazil’s democracy have made two arguments about the attempt to remove the country’s democratically elected president: (1) the core purpose of Dilma’s impeachment is not to stop corruption or punish lawbreaking, but rather the exact opposite: to protect the actual thieves by empowering them with Dilma’s exit, thus enabling them to kill the Car Wash investigation; and (2) the impeachment advocates (led by the country’s oligarchical media) have zero interest in clean government, but only in seizing power that they could never obtain democratically, in order to impose a right-wing, oligarch-serving agenda that the Brazilian population would never accept. The first two weeks of Temer’s newly installed government provided abundant evidence for both of these claims. He appointed multiple ministers directly implicated in corruption scandals. A key ally in the lower house who will lead his government’s coalition there — André Moura — is one of the most corrupt politicians in the country, the target of multiple, active criminal probes not only for corruption but also attempted homicide. Temer himself is deeply enmeshed in corruption (he faces an eight-year ban on running for any office) and is rushing to implement a series of radical right-wing changes that Brazilians would never democratically allow, including measures, as The Guardian detailed, “to soften the definition of slavery, roll back the demarcation of indigenous land, trim housebuilding programs and sell off state assets in airports, utilities and the post office.”

But, unlike the events of the last two weeks, these transcripts are not merely clues or signs. They are proof: proof that the prime forces behind the removal of the president understood that taking her out was the only way to save themselves and shield their own extreme corruption from accountability; proof that Brazil’s military, its dominant media outlets, and its Supreme Court were colluding in secret to ensure the removal of the democratically elected president; proof that the perpetrators of impeachment viewed Dilma’s continued presence in Brasilia as the guarantor that the Car Wash investigations would continue; proof that this had nothing to do with preserving Brazilian democracy and everything to do with destroying it.

For his part, Jucá admits that these transcripts are authentic but insists it was all just a misunderstanding with his comments taken out of context, calling it “banal.” “That conversation is not about a pact for Car Wash. It’s about the economy, to extricate Brazil from the crisis,” he claimed in an interview this morning with UOL political blogger Fernando Rodrigues. That explanation is entirely implausible given what he actually said, as well as the explicitly conspiratorial nature of the conversations, in which Jucá insists on a series of one-on-one encounters, rather than meeting in a group, all to avoid provoking suspicions. Political leaders are already calling for his resignation from the government.

Ever since Temer’s installation as president, Brazil has seen intense, and growing, protests against him. Brazilian media outlets — which have been desperately trying to glorify him — have suspiciously refrained from publishing polling data for many weeks, but the last polls show him with only 2 percent support and 60 percent wanting him impeached. The only recent published polling data showed that 66 percent of Brazilians believe legislators voted for impeachment only out of self-interest — a belief these transcripts validate — while only 23 percent believe they did so for the good of the country. Last night in São Paulo, police were forced to barricade the street where Temer’s house is located due to thousands of protesters heading there; they eventually used fire hoses and tear gas. An announcement to close the Ministry of Culture led to artists and others occupying offices around the country in protest, which forced Temer to reverse the decision.

Until now, The Intercept, like most international media outlets, has refrained from using the word “coup” even as it (along with most outlets) has been deeply critical of Dilma’s removal as anti-democratic. These transcripts compel a re-examination of that editorial decision, particularly if no evidence emerges calling into question either the most reasonable meaning of Jucá’s statements or his level of knowledge. This newly revealed plotting is exactly what a coup looks, sounds, and smells like: securing the cooperation of the military and most powerful institutions to remove a democratically elected leader for self-interested, corrupt, and lawless motives, in order to then impose an oligarch-serving agenda that the population despises.

If Dilma’s impeachment remains inevitable, as many believe, these transcripts will make it much more difficult to leave Temer in place. Recent polling data shows that 62 percent of Brazilians want new elections to select their president. That option — the democratic one — is the one Brazil’s elites fear most, because they are petrified (with good reason) that Lula or another candidate they dislike (Marina Silva) will win. But that’s the point: If what is being avoided and smashed in Brazil is democracy, then it’s time to start using the proper language to describe this. These transcripts make it increasingly difficult for media outlets to avoid doing so. 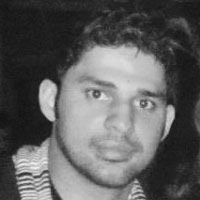