Second Freddie Gray Trial Ends in Acquittal, Surprises No One

Prosecutors had sought to prove that Gray’s arrest was not only illegal, but that Officer Edward Nero’s role in it amounted to assault. 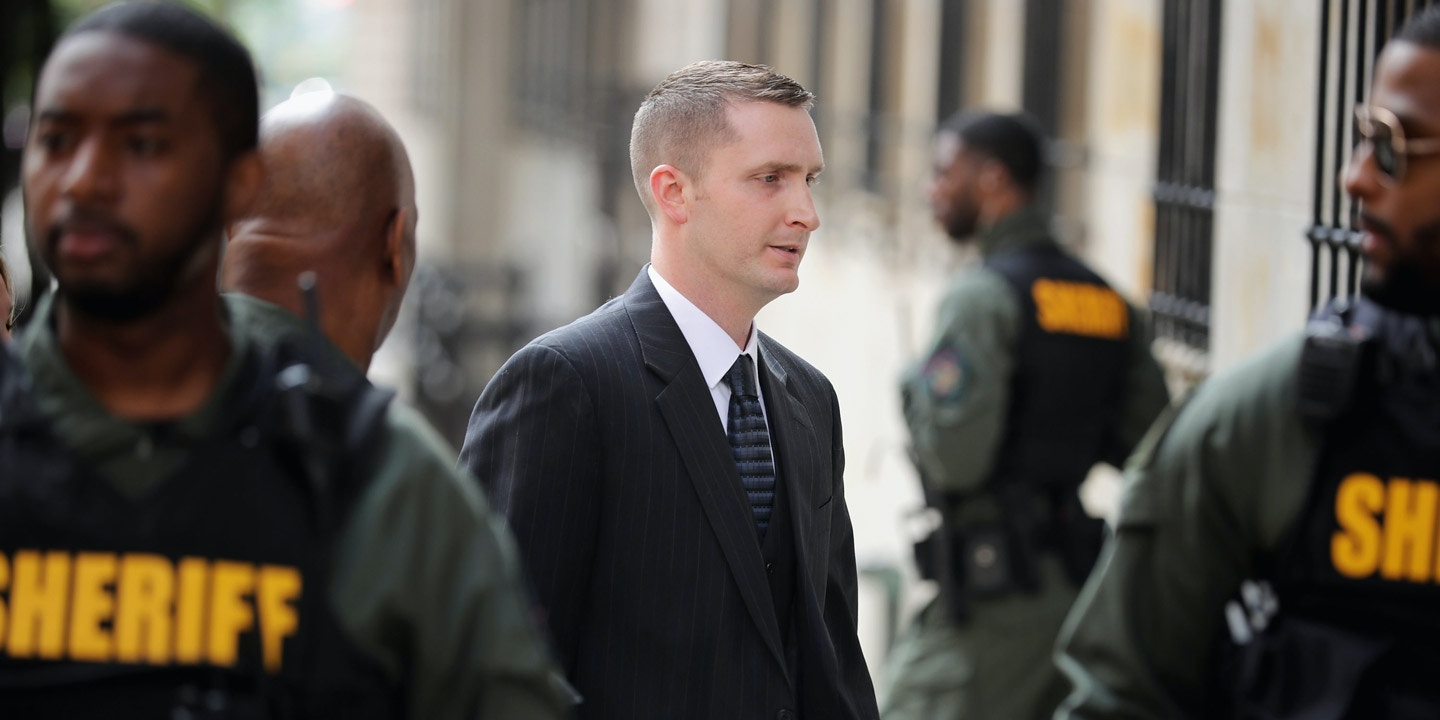 Officer Edward Nero, one of six Baltimore police officers facing charges over the arrest and death of Freddie Gray last year, was acquitted of all charges on Monday. It was the first verdict to be handed down in the case, after the trial of another officer ended in a hung jury last year.

Today’s verdict, delivered by Baltimore Circuit Judge Barry Williams, was hardly a surprise to those who have followed the case. Prosecutors had sought to prove that Gray’s arrest was not only illegal, but that Nero’s role in it amounted to assault — a bold legal move that experts said stood little chance of convincing a judge.

“You’re saying here in this court that if there’s an arrest and there isn’t probable cause, it is a crime?” Judge Williams asked during prosecutors’ final arguments, according to The Guardian.

Nero was one of three officers on bike patrol who chased Gray on April 27 last year, before arresting him and loading him unrestrained into a police van, sending him off on a ride that left him with a severed spine. Nero was charged with second degree assault and misconduct in office, but his defense attorneys argued that he played a marginal role in the arrest. Another officer, Garrett Miller, testified that he alone arrested Gray.

The indictment of Nero and his colleagues came last year as protests over Gray’s death raged in West Baltimore. But while the indictments were hailed as a sign that justice is possible and helped ease tensions on the streets, many question whether we can really expect police officers to be held accountable in court.

“There’s a lot of skepticism or distrust that the criminal justice system as it exists in our country is really capable of holding police officers who break the law accountable for their crimes,” said Darius Charney, an attorney with the Center for Constitutional Rights. “The evidence is pretty strong the other way; it almost never happens.”

Charney listed the closeness of prosecutors to police officers they normally work with as a main structural problem, but also a predisposition by the courts to trust officers.

“Police officers are no more or no less honest than the vast majority of witnesses that testify in court, but there’s this unofficial presumption that they are more honest and that their testimony should be believed more,” Charney said. “Part of it is because they are the police, the good guys, and part of it is that they are trained on how to testify. All of these things make it very difficult to get a conviction.”

Even when a police stop is determined to be unlawful — and proving that is not easy — arguing that police misconduct is criminal is virtually impossible, he added. That’s because the law, particularly with regard to “stop and frisk” practices, gives officers ample discretion.

Much of the debate in Nero’s trial revolved around the question of whether Gray’s stop and arrest were legal, thus reopening a long debate about the Fourth Amendment, which prohibits unreasonable search and seizure, and the principle of the “Terry stop.” Terry v. Ohio, a 1968 Supreme Court decision, lowered the standards for a legal police stop from “probable cause” that the person in question had been involved in a crime to “reasonable suspicion” that he was.

“What Terry really did is it injected this very malleable idea of suspicion,” said Ezekiel Edwards, director of the ACLU’s Criminal Law Reform Project. “They’ll say things like, someone looked like a lookout, they were nervous, they were sweating, they were fidgety, their hands were in their pockets, they walked away when we looked at them, they were in a high-crime neighborhood. It’s very easy to stop a lot of folks if those are your criteria.”

A vast majority of Terry stops end without arrest or incident — though a series of lawsuits in New York, Philadelphia, and Chicago has emphasized the damaging impact of such encounters on those stopped without cause. Pat downs for weapons often turn into much more invasive — and illegal — searches. On occasion, stops lacking probable cause have escalated into violent confrontations, arrests, and death, as was the case for Gray.

Edwards and others believe that Terry should be revisited, and the Supreme Court is currently reviewing a case concerning the use of incriminating evidence found during illegal police stops. But whether or not Terry is an appropriate standard for protecting constitutional rights, the implications of Gray’s case go far beyond legal technicalities and interpretations.

“We need stronger Fourth Amendment protections, but those are only going to go so far if the culture of police departments and the relationship they have with communities of color remain as toxic as they are now,” Edwards said. “There’s a much bigger question about the complete breakdown of relationships between police and those communities.”