Israel’s racial profiling at its borders has been rife with abuses that stand in contrast with American values of equal treatment and safeguarding personal liberties. 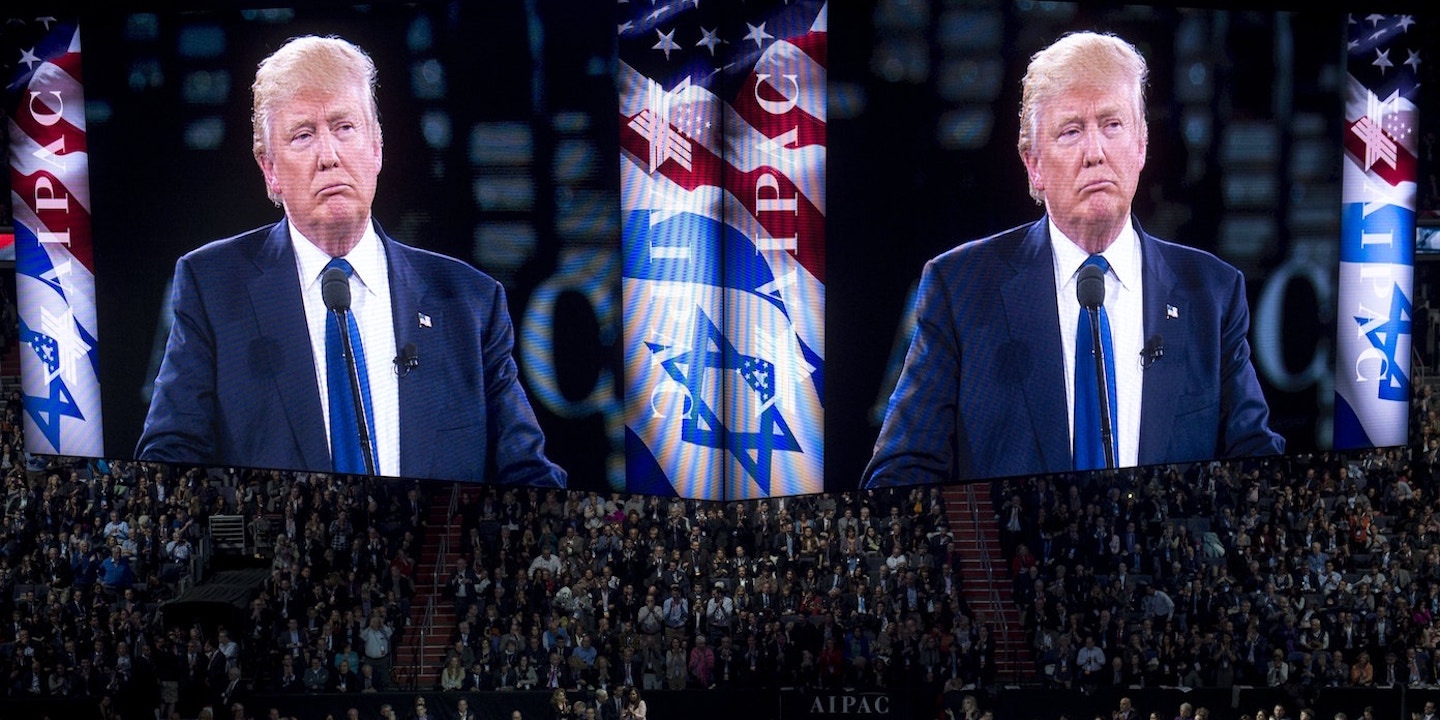 Donald Trump told CBS News over the weekend that the United States should consider religious and ethnic profiling to prevent terror attacks.

Israel’s most systematic use of racial profiling occurs at its borders and has been rife with abuses that stand in contrast with American values of equal treatment and safeguarding personal liberties.

The Arab American Institute has collected stories of Arab and Muslim Americans who have been harassed or detained while entering Israel. They offer a window into the human impact of racial profiling.

For example, Najwa Doughman, a New York City architect with no ties to terrorism, was sent to a waiting room in Israel’s Ben-Gurion Airport after being asked what her father’s name was. “Bassam,” she replied, setting off what she later called a “14-hour nightmare.” During an extended interrogation, she said she was asked questions like “Do you feel more Arab or American?” and was subjected to an invasive pat-down where she was asked to remove her clothes. After an overnight stay at a detention facility, she was denied access to the country and put on a plane to France.

“It’s an issue serious enough that our own State Department has a travel advisory that’s posted permanently on the website that advises anyone who is traveling to Israel basically to expect this kind of treatment, if they are of Arab American background,” Maya Berry, executive director of AAI, told The Intercept.

Even former senior government officials are not exempt from Israel’s system of profiling. Former Health and Human Services Secretary Donna Shalala, who was president of the University of Miami at the time, was detained and questioned for nearly three hours during a trip through Ben-Gurion Airport in 2010. Shalala is of Lebanese Christian descent.

If the U.S. were to adopt this level of intrusive, racially based profiling, it wouldn’t be the first time officials adopted an Israeli security program. A former chief security officer at the Israel Airports Authority helped design the Transportation Security Administration’s (TSA) Screening Passengers by Observation Techniques (SPOT) program, a sort of checklist that TSA officers use to identify suspicious passengers. In interviews with The Intercept last year, a number of former TSA officers decried the program’s checklist as “ridiculous” and a “license to harass.”

Pragmatists in the U.S. intelligence and security communities oppose racial and ethnic profiling. Former Department of Homeland Security chief Michael Chertoff explained that, shortly after the September 11 attacks, Bush administration officials briefly debated the use of profiling in response to terrorism. “There was a unanimous belief that racial and religious profiling would not only be ineffective, but counterproductive from a security standpoint,” he said. “The problem with using racial and religious profiling is it takes you down a road to looking at people who you don’t need to look at and avoiding looking at people that you should look at.”

That would be the obvious conclusion from former New York Mayor Michael Bloomberg’s secret spying program that targeted Muslim New Yorkers. For years, the New York Police Department mapped and infiltrated Muslim communities, using only their religious identity as justification for targeting. Yet this massive religious-profiling program did not generate a single terrorism case.

Racial profiling can also have lethal results. A Washington Post investigation published last year found that African Americans make up a disproportionate number of traffic-stop deaths; the findings corresponded with other studies that show that blacks have a higher chance of being pulled over by police, an event that can lead to deadly confrontations.

Additionally, a 2009 study authored by a leading statistician found that racial profiling is no more effective than a random screening.

Given these facts, there has been progress in officially curtailing the use of this form of profiling.