Brexit Could Push Europe Deeper Into Scapegoating and Xenophobia

If British voters choose to leave the EU this week, it will push the continent back toward nationalism. 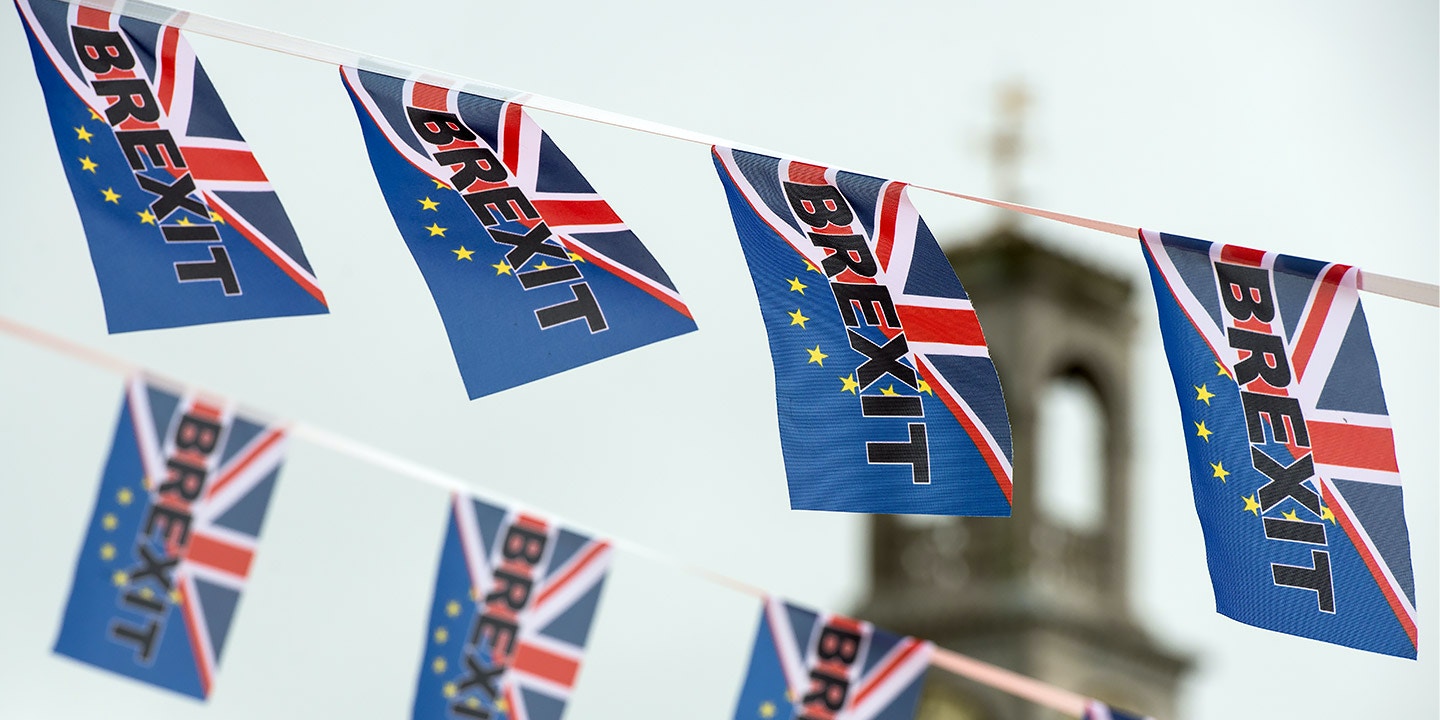 In 1946, with Europe reeling from its second catastrophic war in a few decades, Winston Churchill addressed Zurich University in Switzerland to offer his vision for how to keep peace on the continent. The solution, Churchill said, “is to recreate [a] European Family, or as much of it as we can, and to provide it with a structure under which it can dwell in peace, in safety, and in freedom.” He added, “We must build a kind of United States of Europe.”

In the intervening decades, through a remarkable process of political and economic cooperation, the European Union came into existence. Though not without its faults, the project of European integration has led to an era of unprecedented peace and stability in a region once wracked by seemingly endless war. In recognition of this achievement, the Nobel Committee awarded its annual peace prize to the European Union in 2012, stating that the organization had demonstrated how “historical enemies can become close partners.”

But that project could soon be on the path to unraveling. On Thursday, millions of Britons will go to the polls to vote in a referendum that could see Britain exit the EU, or “Brexit.” Not only would such a move deal a serious economic blow to the European Union, depriving it of its second-largest economy and likely triggering an immediate recession, it could also set a dangerously compelling example for other anti-EU political parties on the continent, most of which are associated with the political far-right. While Brexit once seemed like an absurd proposition, polls now show the “Remain” and “Leave” camps roughly neck-in-neck in the final days before the referendum.

“Anything that weakens European integration is troubling, because the countries of Europe have traditionally been at odds with one another and the European Union has brought relative stability,” says Muddassar Ahmed, a former British government adviser and chairman of the U.K.-based political risk firm Unitas Risk. “In Britain, it has been the most xenophobic parties and individuals who have been most strongly campaigning to leave the EU. If they successfully managed to pull Britain out of the European Union, it would fan the aspirations of far-right parties across the continent — many of which have already been in ascendance in recent years.”

Leaving the EU would be an almost guaranteed near-term economic disaster for Britain itself. Not only would Britain lose access to one of the largest and most lucrative shared markets in the world, European Union countries have already begun signaling that the terms of Britain’s disengagement would be punitive. Last week, U.S. Federal Reserve Chair Janet Yellen raised alarm about the economic ramifications of Brexit for the global economy, saying that it could have “serious economic repercussions.”

British advocates of leaving the EU have tended to skirt these irksome facts. Instead, they have focused more on the European Union as a threat to the sovereignty and ethnic homogeneity of Britain, due to its allowances for freedom of movement in the continent and shared legislation. The forthrightly xenophobic nature of the Leave campaign, expressed in a number of remarkable advertisements sponsored by the Leave camp, has led several politicians formerly on board with Brexit to change their positions.

“There’s a phenomenon we’re seeing across the world where large numbers of people are abandoning common ground and moderation and pursuing extreme solutions at the margins,” says Philip Rosenberg, a Labour Party councillor and activist with the Remain campaign. Analogizing the possibility of Brexit to America’s ongoing flirtation with Donald Trump, Rosenberg describes the anti-EU movement as representing “a kind of primal scream toward simple solutions, solutions that suggest that if we could only get rid of a certain scapegoat, things would be different.”

Rosenberg says that a British exit from the EU would also have consequences for the United States. “Historically, Britain has been a kind of entry point for the United States to have its perspective reflected in the EU,” he says. “If Britain leaves the European Union, that weakens American influence in the EU more broadly. And with the U.S. turning its sights toward Asia, its just another factor that could accelerate a decline in Europe, by making it a more difficult region to trade, travel and negotiate with, while power rises elsewhere.”

The forces of nationalism repeatedly tore apart Europe in the early 20th century. Though nationalist sentiment was made dormant by the project of integration, it has seemingly reawakened in recent years. Recent polls have shown that a significant number of French and Italians also want to have a referendum on their own countries’ EU membership, developments that French National Front Leader Marine Le Pen has described as “extremely encouraging.”

With Europe facing the collective challenges of the conflict in the Ukraine, the breakup of the state system in the Middle East, and the refugee crisis, the timing for this resurgence of nationalist politics couldn’t be worse. In recent months, British Prime Minister David Cameron has speculated provocatively that Brexit could lead to a future of war in Europe. But others suggest that the more immediate threat is the diminution of the European Union’s ability to handle current crises.

“Europe’s periphery is violent,” says Sebastian Mallaby, a senior fellow at the Council on Foreign Relations. “The external threats and challenges that Europe is presently facing necessitate a collective response, but these threats to integration from nationalist movements are more likely to exacerbate those problems rather than solve them.”

“While there is still a significant gap between Brexit and the breakup of European Union as a whole, it would seriously weaken the institution,” Mallaby adds. “And, if a number of second-order events from Brexit lead to the EU’s demise down the road and a return to conflict, we might look back and say that it had been the trigger.”

Top photo: A boat taking part in a protest over the Brexit campaign sails down the Thames River.