The state has a new bill that makes targeting a police officer a hate crime — as if they are the ones whose civil rights are being violated. 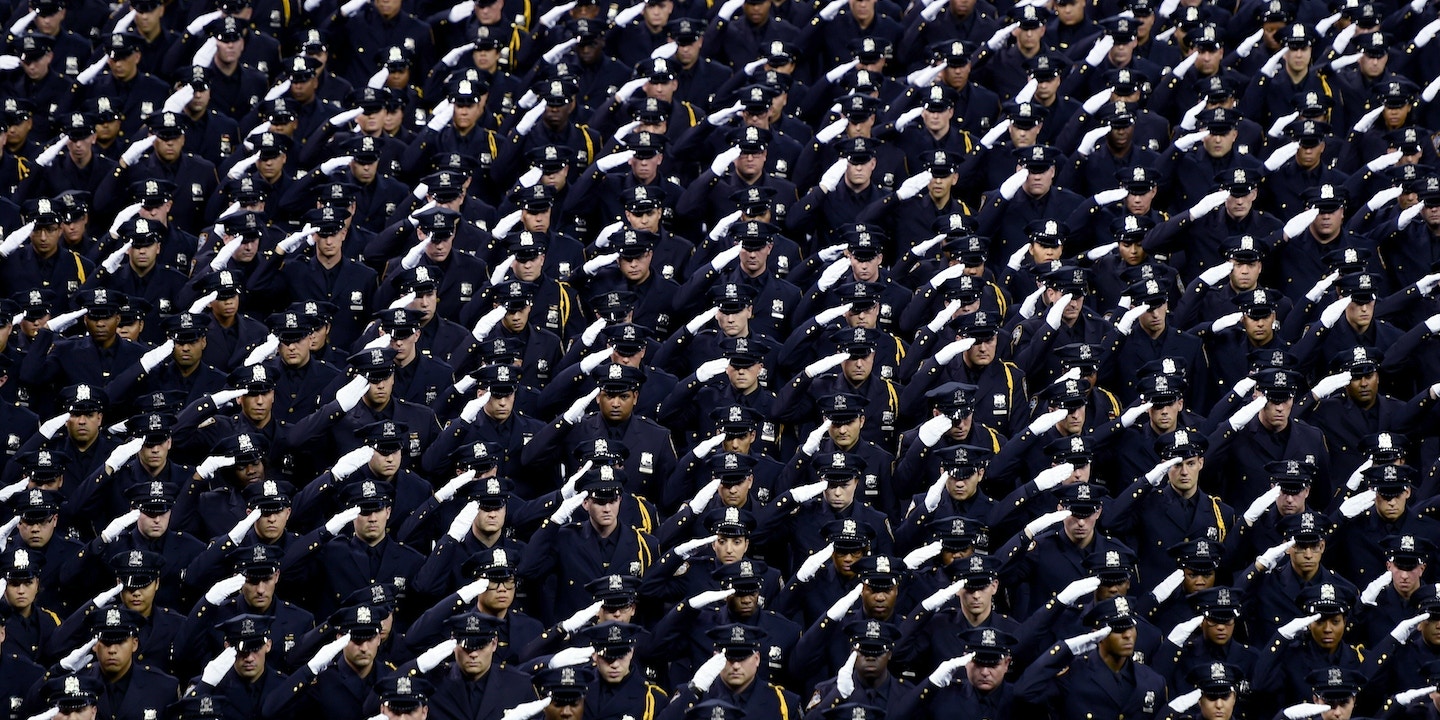 Louisiana Gov. John Bel Edwards called for a federal civil rights investigation on Tuesday into what was, at that point, the latest fatal police shooting of a black man in the United States.

But in May, Edwards signed a bill into law that makes targeting a police officer a hate crime. Passage of such bills at the state level is a top priority for a national organization called Blue Lives Matter, which was formed in response to the Black Lives Matter movement.

Alton Sterling, 37, was shot in the chest at point-blank range by Baton Rouge police early Tuesday morning; witnesses captured the event on video. Philando Castile, 32, was shot after police stopped his car outside St. Paul, Minnesota; his girlfriend livestreamed his death on Facebook.

But it was the civil rights of police officers that Edwards was concerned about in May, as if theirs were being routinely violated.

“I’m not aware of any evidence that police officers have been victimized that would justify giving them special protection,” Marjorie R. Esman, executive director of the ACLU of Louisiana, told The Intercept.

Now that police are a protected class, this language [meant to enhance penalties for attacks against houses of worship] could be used to target any damage done to squad cars or protests on police property, like the sit-in at the Minneapolis Police Department over the death of Jamar Clark, or the Black Lives Matter blockade of the Oakland Police headquarters in California.

Lamar Advertising, based in Baton Rouge, donated more than 300 billboards that appeared across the country bearing the slogans #BlueLivesMatter and #thankublu.

“We wanted to recognize the local police departments and men and women that put their lives on the line every day,” Stephen Hebert of Lamar Advertising told WVIT-TV.

Laws similar to the one in Louisiana have been proposed in Kentucky, Tennessee, and Chicago. Last year in Coon Rapids, Minnesota — just north of Minneapolis, where Castile was killed Wednesday — hundreds of supporters held a Police Lives Matter rally.

In Washington, lawmakers in the House and Senate have both introduced a “Thin Blue Line Act,” which would strengthen penalties for attacks on law enforcement.

The ACLU’s Esman said police are not the group of people who need attention: “Right now, here in Louisiana, we are dealing with the fact that the police have killed a black man who was minding his own business.”