Clinton has described former Egyptian dictator Hosni Mubarak and his wife as “friends of my family.” 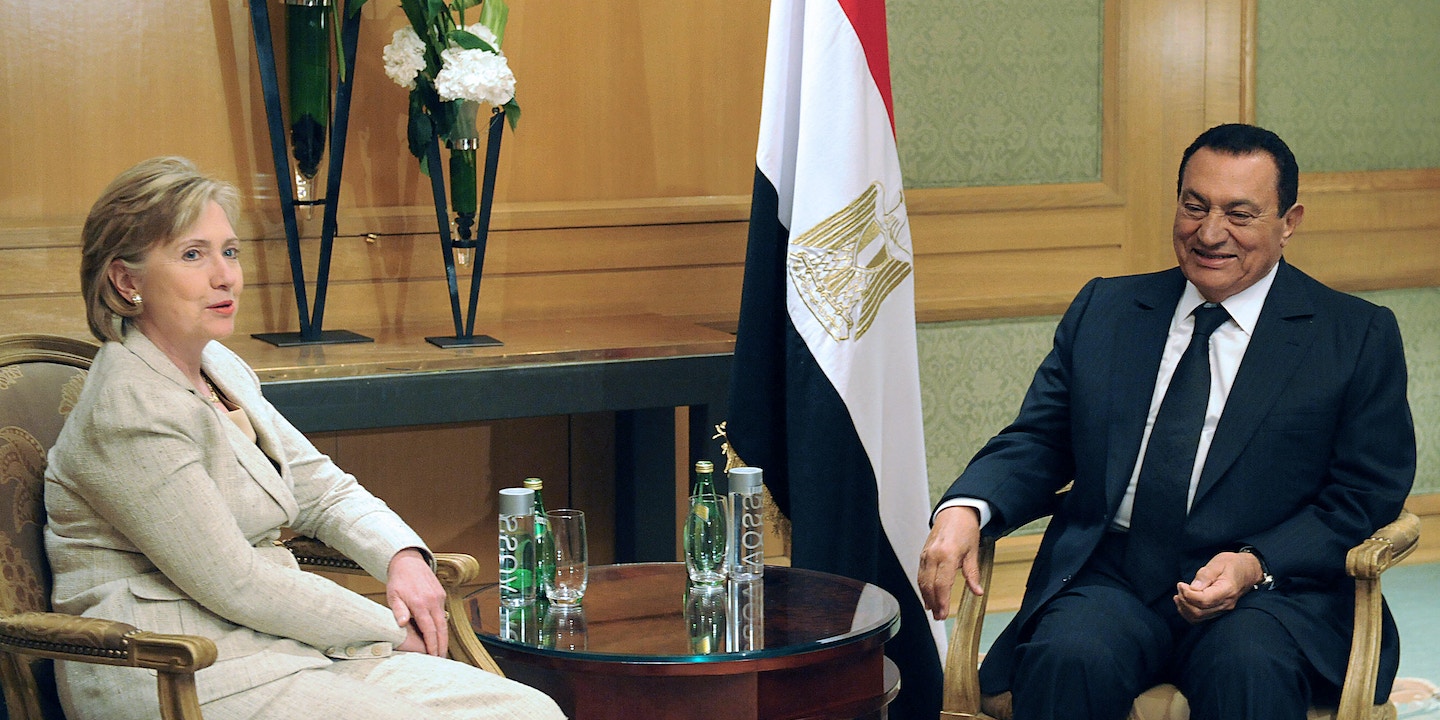 While Hillary Clinton runs ads criticizing Donald Trump for praising dictators, Clinton herself has a history of alliances with strongmen in Egypt, Saudi Arabia, and Honduras.

At a California rally, Clinton accused Trump of trying to become a dictator himself. “We’re trying to elect a president,” said Clinton, “not a dictator.”

Clinton has described former Egyptian dictator Hosni Mubarak and his wife as “friends of my family.” Mubarak ruled Egypt under a perpetual “state of emergency” rule that involved disappearing and torturing dissidents, police killings, and persecution of LGBT people. The U.S. gave Mubarak $1.3 billion in military aid per year, and when Arab Spring protests threatened his grip on power, Clinton warned the administration not to “push a longtime partner out the door,” according to her book Hard Choices.

Sisi traveled to the U.S. in 2014 and met with Clinton and her husband, posing for a photo. The Obama administration last year lifted a hold on the transfer of weapons and cash to el-Sisi’s government. 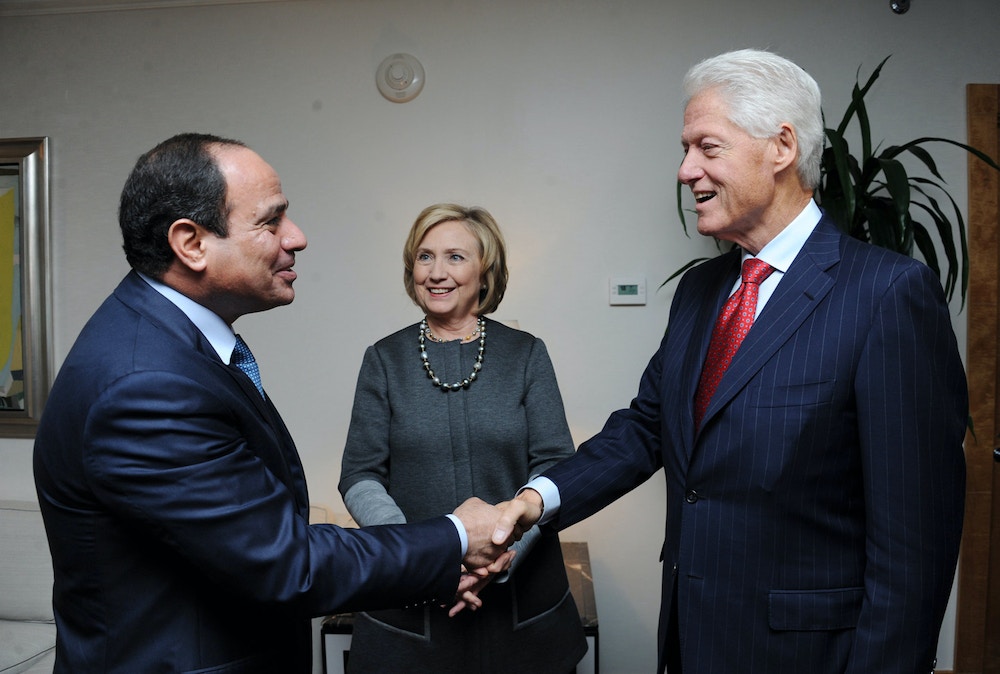 Meanwhile, repression in Egypt continues to escalate. By the government’s own admission, it has imprisoned more than 34,000 people – and sentenced huge numbers to die. Amnesty International released a report Tuesday documenting forced disappearances and torture by the el-Sisi regime, including one account of a 14-year-old who was kidnapped by government forces and raped repeatedly with a wooden stick to extract a confession.

El-Sisi continues to receive $1.3 billion in military aid each year from the Obama administration.

Egypt is far from the only military dictatorship that Clinton has supported. During her tenure as secretary of state, Clinton approved tens of billions of dollars of weapons transfers to Saudi Arabia – including fighter jets now being used to bomb Yemen. Clinton played a central role in legitimizing a 2009 military coup in Honduras, and once called Syrian dictator Bashir al-Assad a “reformer.” And in return for approving arms deals to gulf state monarchies, Clinton accepted tens of millions of dollars in donations to the Clinton Foundation.

Clinton has also boasted about receiving advice from Secretary of State Henry Kissinger, who was notorious for his support of dictators. According to records from the National Security Archive, Kissinger oversaw a plot to assassinate the Chilean President Salvador Allende and install the brutal dictator Augusto Pinochet.