At the RNC, Thiel delivers some refreshing honesty on the power of big government, even as he vastly oversells the competence of private enterprise in Silicon Valley. 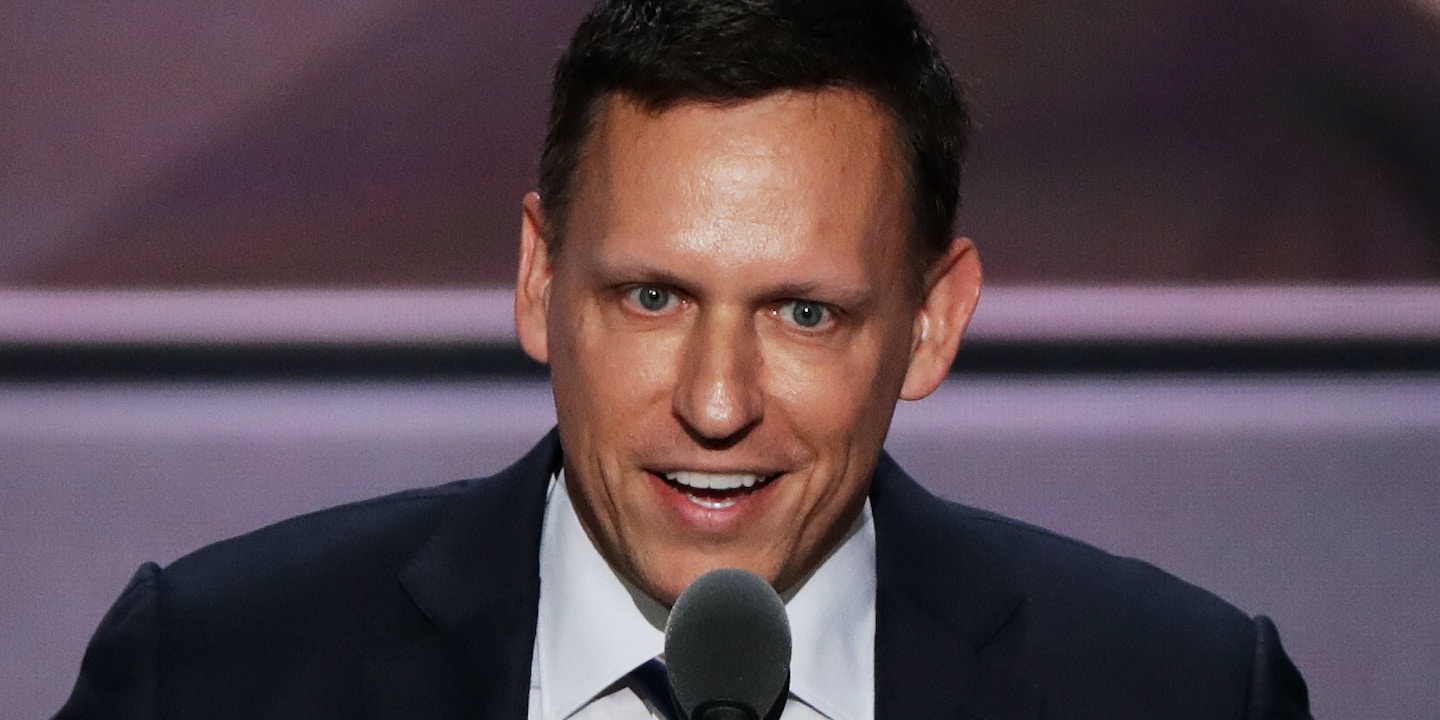 In a stilted, wide-eyed address to the Republican National Convention in Cleveland, PayPal co-founder and Trump delegate Peter Thiel made one thing clear: America owes a great deal of its role as a global technology leader to the government.

In 1968, the world’s high-tech capital wasn’t just one city … all of America was high tech. It’s hard to remember this, but our government was once high tech too. When I moved to Cleveland, defense research was laying the foundations for the internet. The Apollo Program was just about to put a man on the moon. … The future felt limitless.

Indeed, ARPA spending on national network infrastructure undoubtedly gave America a head start that resulted in Silicon Valley’s ascendant place in the global hardware and software economies — you know, the same thing that allowed Peter Thiel to walk onstage and boast about his success from PayPal and Facebook. This message about how federal spending fuels large-scale innovation, delivered before an audience of GOP faithful for whom privatization and government shrinkage is a near-religious priority, was a lovely (and perhaps inadvertent) moment of honesty.

But Thiel did touch on the private sector, touting his native Silicon Valley as an example of a properly functioning community:

Where I work in Silicon Valley, it’s hard to see where America has gone wrong. …

We don’t accept … incompetence in Silicon Valley, and we must not accept it from our government.

Of course, even the briefest survey of Silicon Valley reveals a culture that is rife with incompetence, where the basic rules you’d follow running a lemonade stand — taking in more than you spend, for example, or adhering to basic quality standards — are discarded in favor of explosive growth and runaway valuations. (Thiel used the dreaded B-word, but not to describe his own back yard: “Meanwhile, Wall Street bankers inflate bubbles in everything from government bonds to Hillary Clinton’s speaking fees.”)

Thiel neglected to mention that Silicon Valley is also in the midst of a serious slowdown, where the bubble inflated by venture capital firms like his own Founders Fund — not Wall Street — shows sign of popping, or at least deflating.

But we knew Thiel’s speech wouldn’t have to necessarily make sense, or cohere with the GOP. Thiel is at this point the only relevant and interesting person to speak at the convention, short of Trump himself. His gift to the Trump/Pence campaign was to get people whooping and tweeting and envisioning billions, and in that he succeeded.