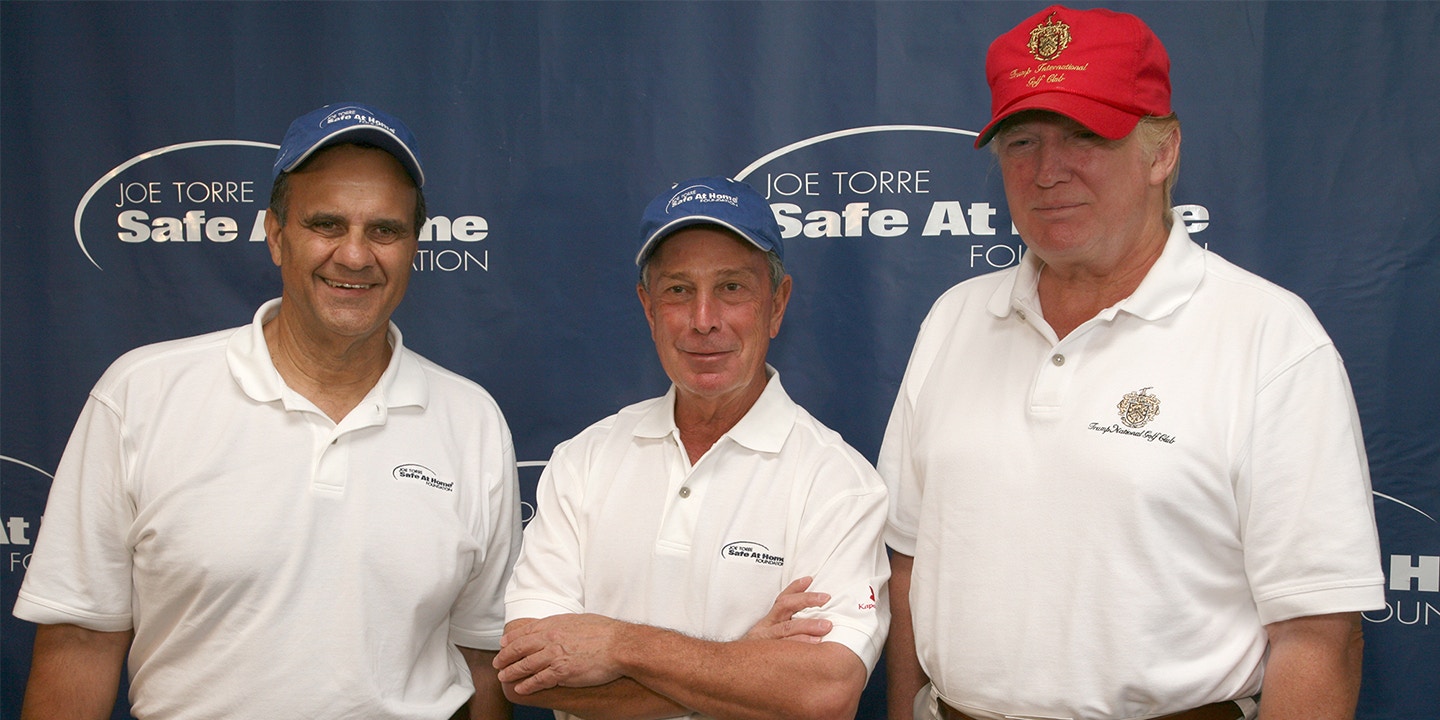 Former New York City Mayor Michael Bloomberg will be a primetime speaker at the Democratic National Convention on Wednesday, despite his support and defense of a discredited New York Police Department program that systematically spied on American Muslims in their neighborhoods and places of worship during his tenure.

In interviews with The Intercept, Muslim attendees decried Bloomberg’s starring role at the convention, but numerous Democratic officials and lawmakers refused to condemn Bloomberg’s policies towards Muslims and expressed their delight at his appearance.

The Clinton campaign reached out to Bloomberg about a speaking role several weeks ago but the announcement didn’t become public until late last week, after the former mayor and billionaire businessman publicly endorsed the Democratic nominee.

The Clinton campaign has been courting endorsements from independents and centrist Republicans in an effort to appeal to Republican voters uncomfortable with Donald Trump. Bloomberg was first elected mayor in 2001 as a Republican and later became an independent. He seriously contemplated running for president himself this year. He remains an unapologetic defender of the financial services industry and his administration’s policing tactics.

At a luncheon for Muslim delegates on Monday, several Muslim Democrats told The Intercept they objected to Bloomberg’s invitation, saying it would only be welcome if he formally apologized for his support of the spying program.

Mohammed Shariff, a Philadelphia-based attorney who organized the event, said he has represented clients who have been surveilled on by the FBI. “I don’t think he should be here,” he said of Bloomberg.

“Either he should not be allowed to speak, or if he speaks he should apologize for it,” said Mazen Mokhtar, an official of the Muslim American Society.

Others expressed concern that Bloomberg’s invitation could be a sign Hillary Clinton might bring back Muslim profiling under a different name, potentially under the guise of something like the FBI’s controversial Countering Violent Extremism program. Imam Suetwidien Muhammad, president of the Muslim League of Voters of New Jersey, said of the invitation: “So what does that tell you? Hillary might do the same thing.”

Linda Sarsour, a New York delegate for Sen. Bernie Sanders, told The Intercept on Tuesday that it was hypocritical for Democrats to invite the former New York mayor. “Michael Bloomberg allowed and justified wholesale surveillance of Muslims under his watch,” she said, noting that when a similar proposal was “touted by then-GOP candidate Ted Cruz,” it was widely criticized by Democrats.

“How can we be mad at Cruz, but then give a platform to a former mayor of a city that targeted Muslims for their faith?” she asked.

But a long line of Democratic officials, including members of Congress and the spokesperson for the Hillary Clinton campaign, refused to criticize Bloomberg’s invitation or call for him to recant his support for surveilling Muslims.

They didn’t defend the spying program, but they did defend Bloomberg’s speaking role, which they cited as evidence of how inclusive and accepting the party is.

Hillary Clinton spokesman Brian Fallon said the invitation showed “the breadth of support that her candidacy is generating.” He explained: “There are going to be speakers that are disagreeing with her on a range of issues, but the point is that we can focus on coming together on the issues that are most important, and find common ground, and build bridges.”

The program was hardly a minor feature of Bloomberg’s tenure. The Associated Press revealed in 2011 that under Bloomberg, the NYPD had spied on every mosque within 100 miles of New York City and sent informants to infiltrate Muslim student organizations, charities, and businesses.

According to a 2007 report from the NYPD’s intelligence division, the department was investigating suspicious “radicalization indicators” such as  “wearing traditional Islamic clothing [and] growing a beard,” abstaining from alcohol, and “becoming involved in social activism.” In 2012, the department was forced to admit in court testimony that the program had never generated an investigative lead, and in 2014, Mayor Bill de Blasio shut it down.

That didn’t please Donald Trump at the time:

The NYPD Surveillance Program kept NYC safe since 9/11. There will be tragic consequences for ending it.

Last year, as a candidate for president, Trump cited the NYPD spying on Muslims as a success — and as a model for the entire country.

Rev. Leah Daughtry, current DNC CEO and daughter of famed civil rights leader Rev. Herbert Daughtry, defended the invitation to Bloomberg as a free speech issue. “It’s America and we have freedom of speech, and people get to say what they want, and get to endorse who they want,” she told The Intercept. “This is the big-tent party, we don’t have to agree on everything, we just have to agree on the main thing.”

When asked if she was happy to bring in someone who oversaw the policies Trump is now praising, she ignored the question.

Julian Castro, secretary of Housing and Urban Development and a shortlist candidate for Clinton’s running mate, said, “What you see in the Democratic Party is a bigger tent party, and it is inclusive.”

Rep. Earl Blumenauer, D-Ore., was unfazed by Muslim-American criticism of Bloomberg. “I’m pleased [by] anybody who joins the coalition,” he remarked. “I’m not at this point going to start moving people off the stage.”

Rep. Peter Welch, D-Vt., told us he is “against those programs” that Bloomberg instated. But when asked if Bloomberg should recant his support for them, he walked away.

Some members of Congress claimed they were ignorant about the spying in question.

“I gotta think about your question, I don’t know what you’re talking about,” said Rep. Ed Perlmutter, D- Colo.

“I’m unfamiliar with the role he played in any kind of surveillance of Muslims,” said Rep. Eleanor Holmes Norton of Washington D.C.

“I have to tell you, I should be better informed. I can’t answer with any seriousness. … I just don’t know [about the spying],” said Rep. Luis Gutierrez, D-Ill., one of the primary drafters of the Democratic Party’s 2016 platform. It was a curious answer, given that Gutierrez denounced the NYPD program in an address to Chicago Muslims in 2012.

Rep. Andre Carson, D-Ind., the second Muslim ever elected to Congress, did not condemn the invitation, but bemoaned the fact that the Muslim community seemed powerless to make their protest heard. “Until we make our voting bloc matter, no one is going to listen to what we have to say,” he said.

One Democratic lawmaker we spoke to called for a Bloomberg apology. “He should apologize for that, just like he should apologize for stop and frisk,” said Democratic Georgia State Senator Vincent Fort, referring to the program in which thousands of mostly black and brown New Yorkers were stopped and interrogated by police with little justification.