Donald Trump has boasted of praise from Vladimir Putin, perhaps thinking most Americans admire the Russian president. They do not. 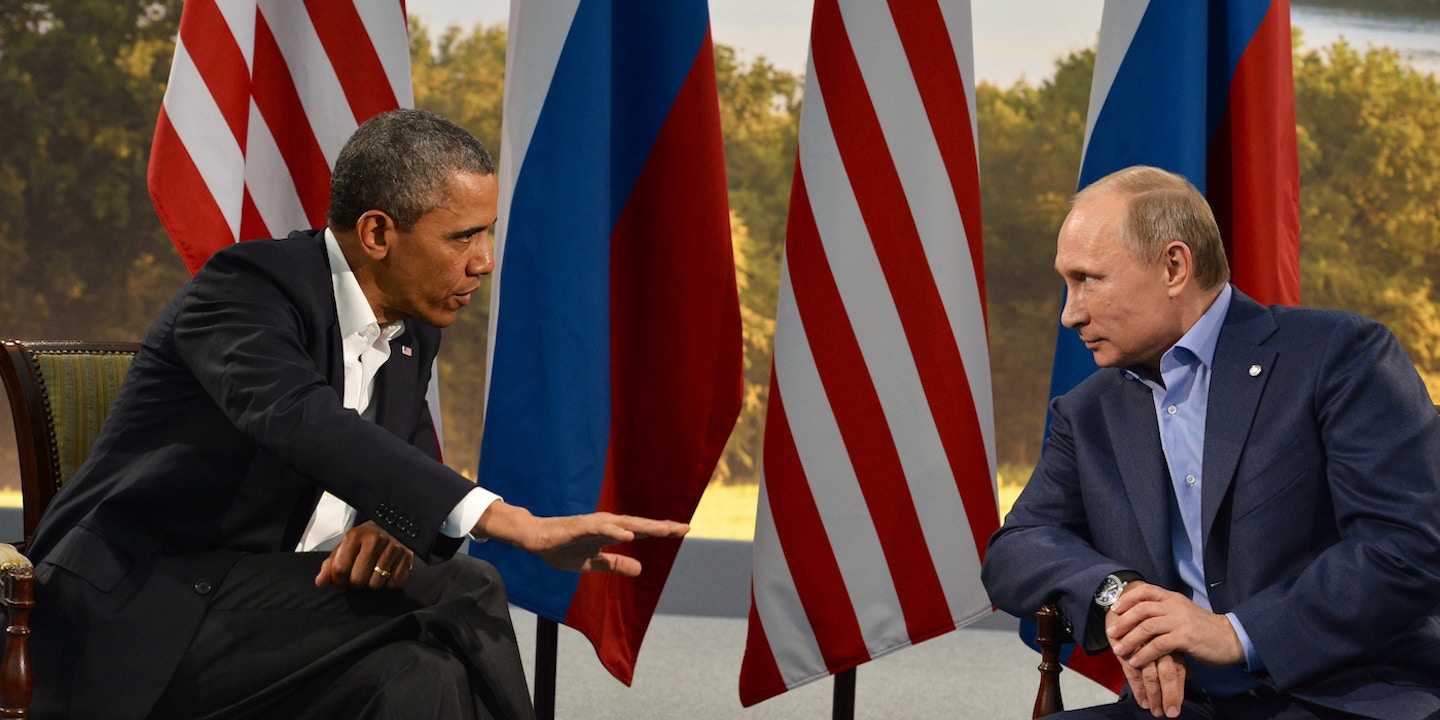 Donald Trump’s mind wanders when he speaks. His campaign speeches are marked by frequent digressions into subjects as tangential to his qualifications for running the country as the ineffectiveness of hairspray in the post-aerosol era.

So it was perhaps no surprise that Trump’s most bizarre statement on Wednesday — that he hopes Russian spies hacked into the private email server Hillary Clinton used while secretary of state, and might make public all of the personal correspondence her staff deleted as unrelated to her work — was itself a digression.

Video of the moment shows that Trump came up with that idea while free associating on the theory that the hacking of the Democratic National Committee might have been ordered by Russian President Vladimir Putin to sabotage Clinton. “If it is Russia,” Trump said, “it’s really bad for a different reason: because it shows how little respect they have for our country.”

Much of the news conference, like much of the campaign that has proceeded it, was devoted to similar remarks from Trump about what he sees as the crucial need for other countries to respect the United States. Since he first flirted with a run for the presidency in 1987, and took out a full-page ad in the New York Times claiming that “the world is laughing at America’s politicians,” Trump has seemed obsessed with the theme.

Even now that he has obtained the Republican nomination for the presidency, Trump’s Twitter feed and public statements are still filled with complaints about the perceived disrespect shown to him by rivals and journalists.

I was at @FoxNews and met Juan Williams in passing. He asked if he could have pictures taken with me. I said fine. He then trashes on air!

Throughout his news conference on Wednesday, Trump returned again and again to the idea that America’s strained relations with Russia are based solely on the Russian president’s supposed lack of respect for America’s leaders — and not, say, differences over Russia’s support for separatist rebels in Ukraine or its intervention against U.S.-backed rebels in Syria. Trump even claimed at one stage that he had heard Putin use a racial slur to describe President Barack Obama.

Although there is no chance that this ever happened — since there are no published reports of such an explosive public statement and Trump stressed again that he has never met Putin — the Republican presidential nominee was in no doubt as to who was to blame for such an (entirely imaginary) affront: Obama himself.

“He has a total lack of respect for President Obama,” Trump said of Putin. “Number one, he doesn’t like him. And number two, he doesn’t respect him. I think he’s going to respect your president if I’m elected. And I hope he likes me.”

While it is impossible to say what, exactly, led Trump to believe that he heard Putin say something he did not say, this fantasy does appear to be a common one in the far-right racist precincts of the internet where the candidate gets a lot of his inspiration.

I'll bet you a dollar to a donut that Putin uses the "N" word when talking about Obama !

@FreeRepublicTXT "I bet that Putin and his advisors use the N word constantly when discussing how to deal with Obama."

Near the end of the news conference, Trump was asked by Mareike Aden, a journalist from Germany working for South Florida’s NPR’s station WLRN, if he would consider recognizing the Crimean peninsula, annexed by Russia in 2014, as Russian territory, and would consider lifting sanctions related to that act.

I asked @realDonaldTrump:"Would you as president want to recognize #Crimea as Russian, lift sanctions?" - "Yes we would be looking at that"

He replied, “We’ll be looking at that, yeah.”

Like the Fox News pundits who furnish Trump with much of his information about the world, the candidate also made clear on Wednesday that he holds the Russian leader in higher esteem than President Obama.

After boasting, incorrectly, that Putin “said I’m a genius,” and dismissing suggestions that his unreleased tax returns might show investments from Russia, Trump defended his praise for the Russian president as uncontroversial. “I said that Putin has much better leadership qualities than Obama, but who doesn’t know that?” Trump asked.

"I said that Putin has much better leadership qualities than Obama," @realDonaldTrump https://t.co/cnm2tq8dPs pic.twitter.com/Dz8w87da8L

In fact, although talking points about how Putin’s demonstrations of strength make Obama look weak are repeated endlessly in the right-wing media, polls show that most Americans approve of Obama’s presidency and overwhelmingly dislike Putin.

Obama’s current approval rating in the Gallup poll sits at 51 percent — or, almost exactly where it was when he won re-election in 2012 — while 45 percent disapprove of his performance as president. Putin, by contrast, is reviled. The most recent Gallup survey of U.S. views of Putin, in 2014, showed him rated unfavorably by 63 percent of Americans, with just a 19 percent approval rating. Last year, 75 percent of Americans told Pew pollsters they had no confidence in Putin “to do the right thing in world affairs.”

While Trump takes praise from Putin as an unalloyed compliment, he seems to have paid little attention to another alternative: that Russia’s president might prefer to have America led by an ill-informed buffoon who would sow dissension at home and undermine alliances abroad.

“Trump’s antics have made the U.S. the laughing stock of the world,” the former Moscow correspondent Miriam Elder wrote in BuzzFeed. “Putin supports Donald Trump because of the threat that Trump poses to the U.S.”

And indeed, Trump’s candidacy might already be doing Putin some good. As the Russian state news outlet Sputnik reported last month, a new poll of global attitudes from Pew showed that “Republican nominee Donald Trump appears to be not only one of the lowest-rated politicians among Americans since public opinion polling began in the 1960s, but he also seems to be affecting the country’s reputation abroad.”

“People polled around the world favor Russian President Vladimir Putin over a leading U.S. presidential candidate for the first time,” the news agency noted with glee.

Although the poll showed that support for Putin remains very low in most countries, Trump is seen even more negatively in much of the world, with a single-digit approval rating in Germany, Japan, France, and Spain.